The invite for Rajinikanth and Akshay Kumar's 2.0 Audio launch is here and we CAN'T keep calm!

In Pic: Check out the amazing invitation for Rajinikanth and Akshay Kumar's 2.0 Audio launch!

Rajinikanth and Akshay Kumar's 2.0 is one of the most anticipated films ever. After impressing one and all with the posters and making videos, the makers are now all set to have a grand audio launch in Dubai on October 27. With live performances by AR Rahman and with Rajinikanth, Akshay Kumar, Amy Jackson and director Shankar in attendance, the 2.0 audio launch will be one of the most extravagant events to take place at the Burj Park in Dubai. However, to attend the event, you will need a special invite and only a select few have been invited for this one! We got a sneak peak of this marvelous invite and we can't keep calm any longer! Also Read - The Kapil Sharma Show: Akshay Kumar to be the first guest on the show? Here's what we know

The 2.0 audio launch invite is covered in an envelope which has a piano across it. We can see one hand of Chitti - the robot on the piano keyboard, while one hand of Akshay Kumar's character is on the other side. The invite itself is beautiful and has a similar theme. After looking at this card, we are even more excited about the audio launch. If the invitation is so good, just wonder how extravagant the actual set for the event will be. Anyway, how excited are you for the 2.0 audio launch? Share with us your thoughts in the comments section below! Also check out the invite right here. (ALSO READ - The budget of Rajinikanth-Akshay Kumar's 2.0 audio launch is nearly as much as the total production cost of Akshay Kumar's Toilet: Ek Prem Katha) Also Read - Akshay Kumar reveals he watched THIS Amitabh Bachchan blockbuster by buying a ticket in black 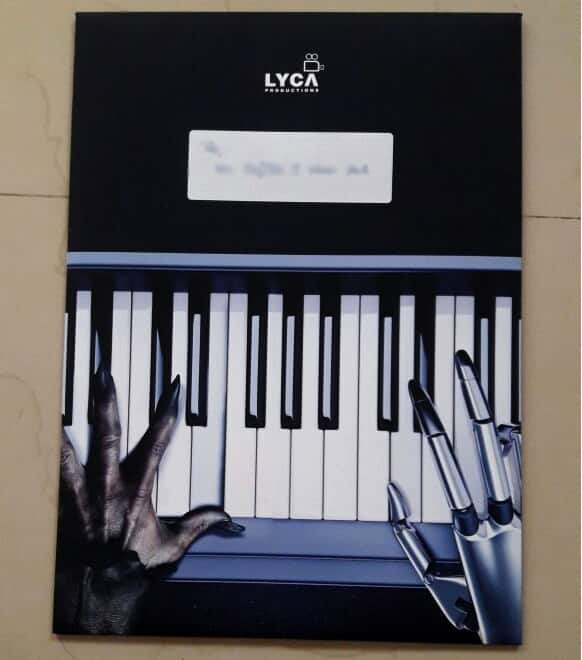 In the meantime, we hear the songs are wonderful and a lot of money is being spent on this live event. According to reports, the makers have spent nearly Rs 15 crore on this audio launch, which is even more than the whole budget of several Bollywood movies. With such a spectacle just around the corner, stay tuned to BollywoodLife as we get you all the dope about the 2.0 audio launch right here.