Brett Lee has a wonderful time with Kapil Sharma and gang!

Missed out on the show? Here's a quick recap!

The show begins on a funny note as Kapil Sharma starts cracking his lame jokes. And then enters Brett Lee...tadaaa! The Australian cricketer is on the show to promote his first ever Bollywood film UnIndian and he has a wonderful time on the show. In UnIndian, Lee plays the role of a teacher who teaches people about Australian culture. Guess what? He even recites a few dialogues in Hindi! No seriously! He answers a couple of questions in Hindi and also asks viewers "Aap kaise ho? (How are you?)". How cool is that! He speaks Hindi so fluently that we are absolutely surprised. From cricket to movies to superstitions in India and Australia; Lee gets candid about everything on The Kapil Sharma Show. And mind you, the cricketer-turned-actor is even more funnier than the Comedy King Kapil himself! Also Read - Brett Lee invites Virat Kohli and Anushka Sharma to have their first child in Australia: We will accept you

Kapil explains to him in broken English how arrange marriages in India are arranged and the crowd bursts out laughing and so does Lee. Sunil Grover and Ali Asgar steal the show with their hilarious one-liners. Their interaction with Lee will have you in splits, literally! Sunil, Ali and Lee play.. or let's say try to play cricket but fail big time, all because of Mr Grover. Also Read - Shah Rukh Khan wants to hear Brett Lee sing more Hindi songs after Hain Main Tumhara Hoon, and we are all ears 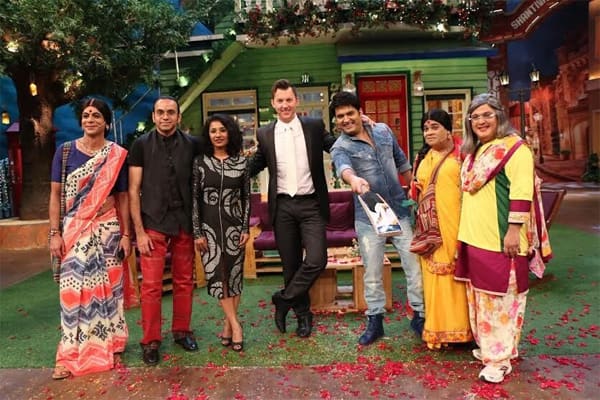 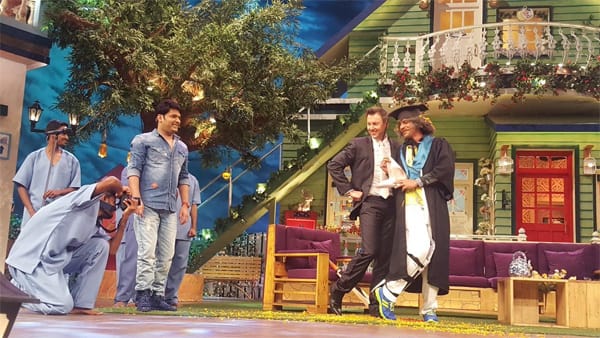 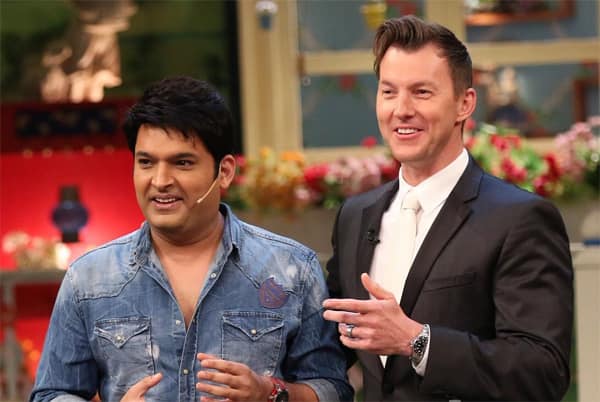 On being asked about Bollywood, he says that Preity Zinta is his favourite and Kapil, on the other hand, professes his love for Australian beauty Nicole Kidman. Lee also gives Mr Sharma some tips that will help him in being a little more romantic because Australian girls love romance. He also discusses with Kapil how in Autralia too, people are superstitious and also about his decision of becoming an actor. Brett Lee also goes on to make a confession that everytime he bats, he is scared of the bowler no matter who he is!

Kapil's mother is also present on the show and she has a whale of a time.