Sonakshi had fun at Kapil's behest...

Sonakshi Sinha was the celeb guest on the show this week. She was present to promote her upcoming action flick Akira. As usual Kapil tried to flirt with the actress and as usual it went in vain. Dressed in a black and white jumpsuit, Sonakshi looked really fit and the glow on her face proved that the actress is confident about her next release which is directed by A R Murugadoss. Also Read - Broken But Beautiful actress Teena Singh says she dislikes people who stereotype women

Ironically, the saddest person on the set was none other than Kapil himself as Sonakshi tied him a Rakhi. Though Kapil tried running away from the scenario, Sonakshi managed to get hold of him and celebrated Rakshabandhan with him, as the episode was shot during the Rakshabandhan weekend. It all started when Kapil taunted Sonakshi that she hasn't got anything for him. Sonakshi reverted with a rakhi on Kapil's wrist. Thing to note here is, this is not the first time Sonakshi has tied Rakhi on Kapil's wrist, similar thing happened last year during Indian Idol Juniors, when Kapil had made an appearance on the show. Also Read - Woah! Sonakshi Sinha to play a badass cop in Nikkhil Advani's next?

However, the highlight of the show is as usual the act by Sunil Grover and host Kapil Sharma, he made an entry on seeti cable which used to be hosted by Kapil but this time bumper hosted the show as Kapil brought out a new character in the form of Rajesh Arora, cousin brother of Dr. Mashoor Gulati and really did tickle the funny bone. The camaraderie between both the "cousin brothers" was hilarious. Also Read - Sonakshi Sinha's Noor fails to beat Akira in the opening weekend 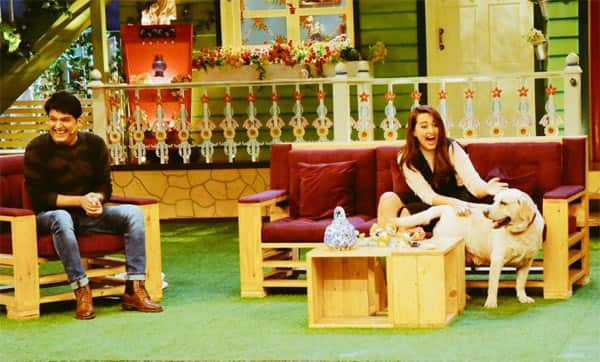 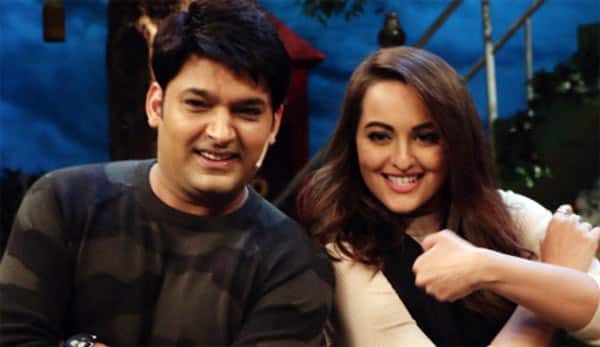 Kapil's Labrador Zanjeer made an entry too and was fun to watch him as well. The show also had an amazing performance by the ex Indian Idol Junior contestant and singer of Rajj Rajj Ke from Akira. The show ended with Sonakshi's requesting everyone to watch Akira on September 2, 2016.
Next episode will see the promotions of Baar Baar Dekho starring Katrina Kaif and Sidharth Malhotra.