Aamir Khan's Laal Singh Chaddha is struggling every day at the box office and it has managed to earn around Rs. 48 crore only. Vivek Agnihotri takes a dig at Kareena Kapoor Khan's request to not boycott the film. 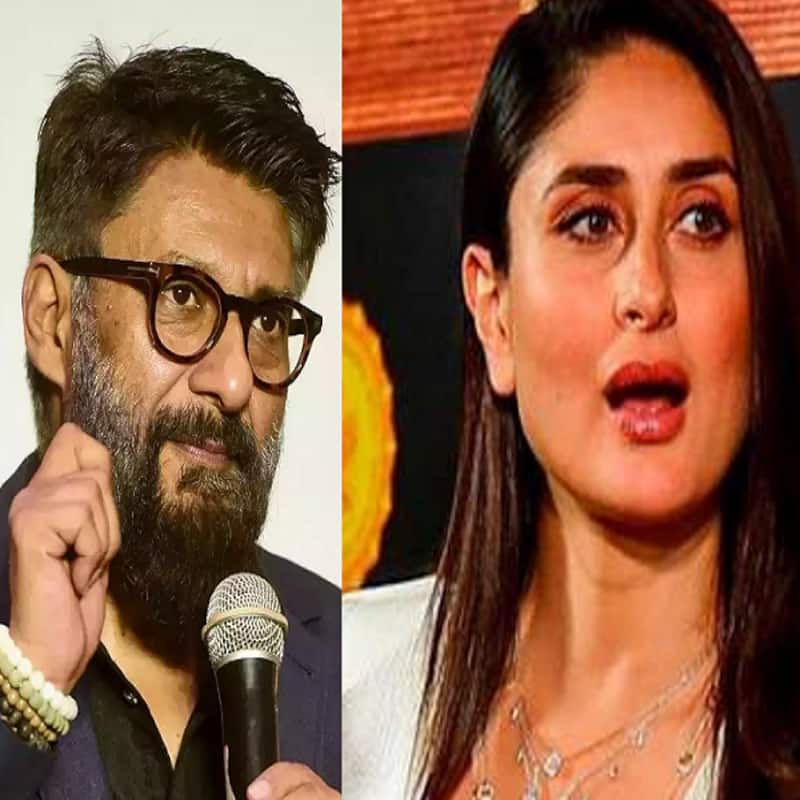 Aamir Khan's Laal Singh Chaddha is struggling every day at the box office. The film has been released six days ago and so far it has managed to earn around Rs. 48 crore only which makes it one of the biggest flops of Aamir Khan after his disaster Mela. While the film faced a major backlash and boycott online, everyone associated with it requested to not boycott the film including the leading lady of the movie Kareena Kapoor Khan. The actresses said that 250 people have worked hard in this film and one shouldn't boycott it. The Kashmir Files director Vivek Agnihotri has now slammed Bebo for her request and he reminded her that the big dons of Bollywood boycott and sabotage small films. Also Read - Kareena Kapoor Khan Birthday: Boycott trend won't affect her career but Bebo needs to be careful about ONE thing, reveals Tarot reader Aditya Nair [Exclusive]

He took to his Twitter and questioned Kareena, "When good content small films are sabotaged, boycotted by the dons of Bollywood when their shows are taken away by multiplexes when critics gang up against small films… nobody thinks of 250 poor people who worked hard on that film. #Bollywood." Later in another tweet, he mentioned, "Why does nobody from Bollywood raise voice when the kings of Bollywood boycott, ban and destroy careers of so many outsider actors, directors, writers? The day common Indians get to know the arrogance, fascism and Hinduphobia of the dons of Bollywood, they’ll drown them in hot coffee". Also Read - Faisal Khan didn't like Aamir Khan's Laal Singh Chaddha; calls his brother 'opportunistic': 'He should have apologised earlier' 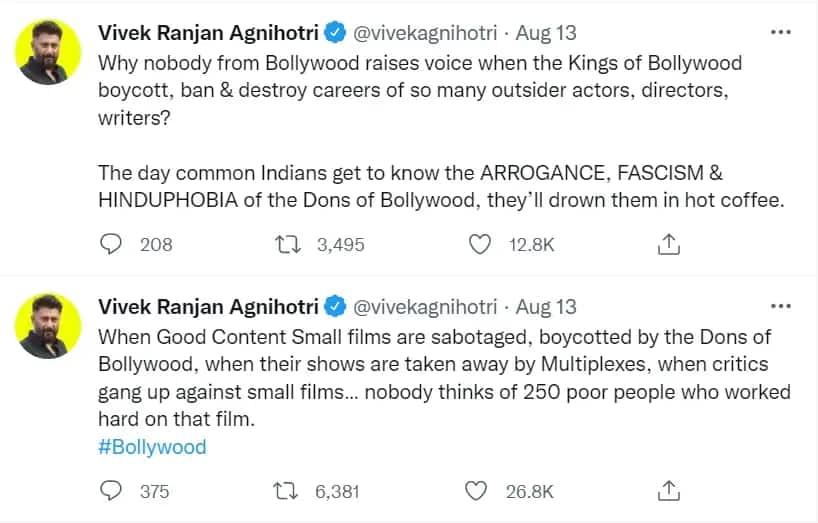 The Kashmir Files has been one of the most successful films of this year that was based on the Kashmiri Pandits genocide. The total collection of the film worldwide is around Rs. 337.23 crore and not in his dream did filmmaker Vivek Agnihotri imagined these numbers. But indeed right now the entire situation is unpredictable. There is a lot of hatred against big stars like Amir Khan, Shah Rukh Khan, Salman Khan, and more. The last Bollywood film that worked wonders at the box office was Kartik Aaryan's Bhool Bhulaiyaa 2.