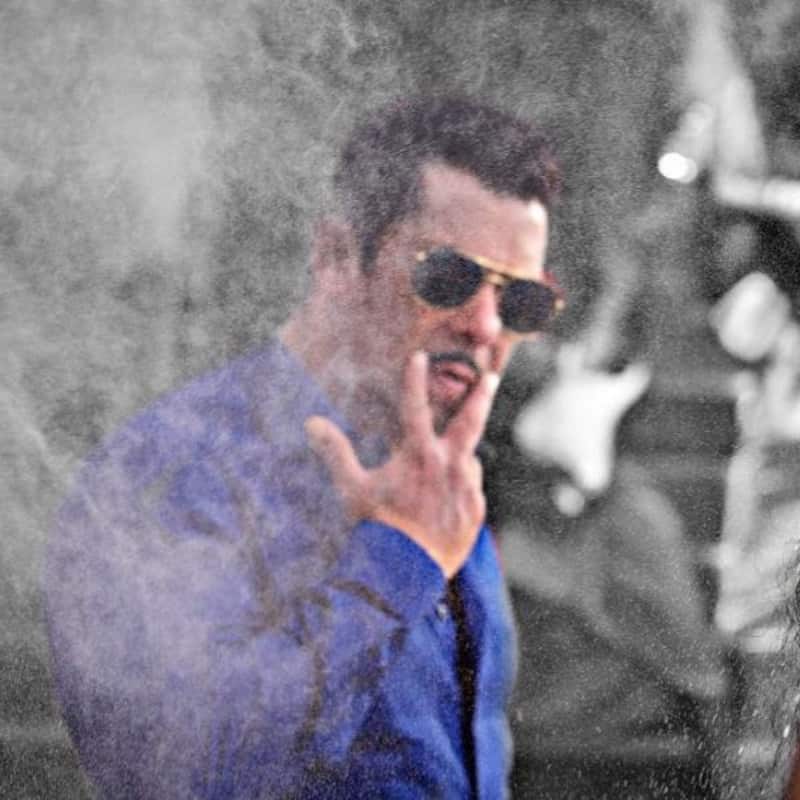 The megastar of Bollywood, Salman Khan recently kickstarted the first schedule of Dabangg 3 and the fans of Bhaijaan are jumping with joy seeing their favourite star as the kickass cop Chulbul Pandey. While the fans are excited to watch this masala entertainer on the silver screen, the makers of the third installment have landed in legal trouble as ASI (Archaeological Survey Of India) has sent a legal notice to them. Also Read - Bigg Boss 16: Sumbul Touqeer Khan to Abhinav Shukla – contestants who were called undeserving on Salman Khan's reality show

Namaste, Salaam Alaikum, Hello and a big thank you to all my fans & the police of #madhyapradesh #maheshwar #dabangg3 @prabhudheva @arbaazkhanofficial @nikhildwivedi25

According to Mumbai Mirror, the makers of the film have been asked to remove two set pieces, which were created inside Jal Mahal in Mandu. The notice stated that the construction done by makers was in violation of the Ancient Monument and Archaeological Sites and Remains Act 1958 as well as other rules. Mandu Sub Circle, ASI Junior Conservation Assistant Prashant Patankar said that the copies of the notice have been forwarded to Dhar collector and other officials. The notice also states that if the makers didn't follow, what has been told them, the permission of the shooting will be cancelled. Also Read - Entertainment News Today: KRK claims Karan Johar tried to commit suicide; Salman Khan wraps up Kisi Ka Bhai Kisi Ki Jaan shoot and more

Talking about this, Madhya Pradesh Culture Minister, Vijalaxmi Sadho said to Mirror, “I have taken cognisance of the matter and issued directives to Khargone district collector, superintendent of police and sub-divisional magistrate (SDM). If something went wrong during the shooting of the film, then the steps against the people concerned will be taken. We had given permission to the shooting of Dabangg 3 in Maheshwar to highlight the tourism potential of this historic town”. Also Read - Trending TV News Today: Anupamaa actor Apurva Agnihotri blessed with a baby girl; Charu Asopa reacts to estranged husband's allegations and more

Directed by Prabhudheva, the film also stars Sonakshi Sinha in a lead role along with Kannada actor Kichcha Sudeep, who will play the lead antagonist in the film. Meanwhile, Salman Khan will be next seen in Bharat, which also stars Katrina Kaif in a key role. Interestingly, both the stars will have five different looks in it, which will showcase their journey from 18 to 60 years. It is the official remake of a Korean film titled, Ode To My Father. It marks the third collaboration between Salman and director Ali Abbas Zafar after Sultan and Tiger Zinda Hai and the film also stars Disha Patani, Sunil Grover and Nora Fatehi in pivotal roles. Bharat is set to hit the screens during the Eid weekend of 2019.

Are you excited for Dabangg 3? Tweet to us @bollywood_life.