The Revenant movie review: Leonardo DiCaprio's ticket to Oscars is a visual but flawed masterpiece! 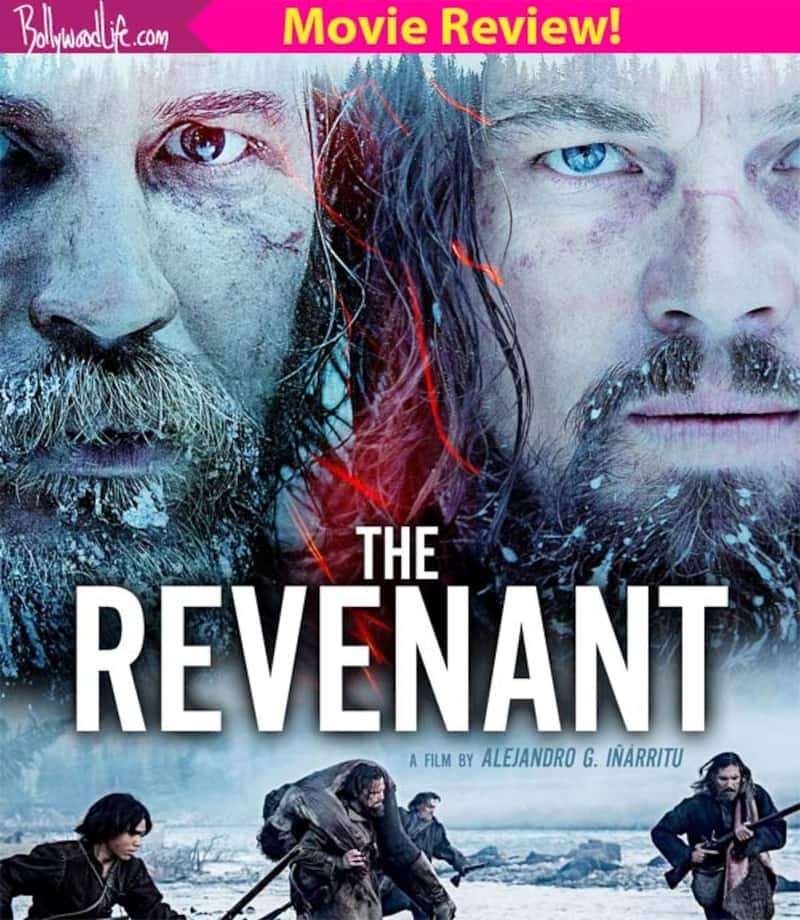 Will he? Won't he? That's the question everyone wants to have answer for about Leonardo DiCaprio finally winning an Oscar this year. Now that the film has reached Indian shores, let's determine if he has a higher stake... Also Read - Halloween 2022: Leonardo DiCaprio celebrates it with rumoured GF Gigi Hadid [Full Report]

Based on the real life adventures of 18th century explorer, Phillip Glass, the film begins with an expedition party, led by Captain Henry (Domnhall Gleeson), scouring for pelts in the American wilderness when it is attacked by the natives. Many of their men are killed, and the remaining survivors follow Glass (Leonardo DiCaprio) to escape to civilization, as he is knowledgeable about the topography. During their way back, Glass is attacked by a female bear, protective of her cubs. Though he kills her, he is nearly mauled to death in the process, and suffers from grievous injuries all over. With the natives on their heels and sure of the fact that he won't survive the ordeal, Henry leaves him behind with three men, a vengeful Fitzgerald (Tom Hardy), a naive lad Bridger (Will Poulter) and Glass' half native son, so that they can give him a proper burial when he dies. An impatient Fitzgerald kills Glass' son and leaves Glass for dead, convincing Bridger to leave with him. From thereon, begins Glass' gruesome crawl to survival...

Even though the film is a grim affair, you have to watch it on the big screen, just to soak yourself in the sheer beauty of the visuals. The cinematography is top notch, and I won't be surprised if the film beats Mad Max at the Oscars at least in this department. The locales where the film was shot looks (Canada) look like a paradise soaked in blood, heavenly to look at yet macabre in essence. Alejandro G Inarritu is known to shot longish scenes in one take, and The Revenant is replete with such scenes. However, three scenes that totally stand out from the rest are these - the ambush scene at the start, the famous bear attack (and yes, Leo was not raped there!) and Leo galloping off a cliff to escape from the natives. It's in scenes like these that the mastery of Innaritu is so evident. Another thing that needs to be appreciated is that the director has not flinched in showing the extreme tribulations of Glass' horrific journey of survival. Some of those scenes may be stomach churning (I am not going to mention those here...you have to watch them to believe it!), but they are essential for us to know to what extremes the man has gone to come out alive. But half the magic of the film would not have been possible if it was not for the committed performance of Leonardo DiCaprio. The terrific actor that he is, he takes method acting to another level. If we feel awe and disgusted at the same time by his journey for survival, it's all because of his performance. But he is not the only good actor; he, in fact, gets tough competition in Tom Hardy, who is so seeped into his vicious character that it is very difficult to separate the actor from the character (though it is also not so easy to understand his diction... Can someone put subtitles there?). Even Will Poulter and Domnhall Gleeson put in natural performances in their supporting roles.

What stops The Revenant from being a masterpiece it aims to be is its runtime and an ordinary conclusion. Sure, we need to be with Glass, as he crawls himself to civilization but the film sometimes goes into dreamy sequences that do tax our patience. After all, in how many films can we have the hero getting visions of his dead wife as he struggles to survive? The concluding portions fail to enrapture us, unlike the rest of the film, as the narrative now gets into revenge mode, but with scant impact. This is actually bugging, because the real-life Glass had forgiven the people who were responsible for his ordeal. Also, while Glass' journey is harrowing, the way some scenes of his struggles were executed make him look like a man made of admantium. On a final note, while the film is a visual marvel, you will be hard-pressed to watch it the second time.

Alejandro G Inarritu's survival drama may be filled with flaws, but the splendid cinematography and the performances by Leo and Tom Hardy make it one time must watch!

As for the Oscar chances, this could be Leo's year....unless a certain Michael Fassbender plays spoilsport!