The Revenant trailer: Will Leonardo DiCaprio score his first Oscar with this intense Alejandro Inarritu flick? 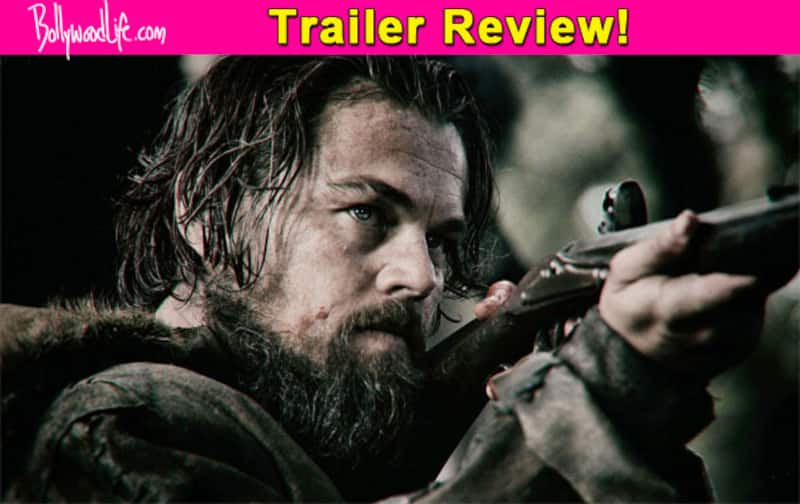 Having failed many times to get hold of that golden statuette, despite some heavy-duty acting in the Wolf of Wall Street and Blood Diamond, Leonardo DiCaprio gets another chance to take a strike at it next year. That's what the first intense trailer of The Revenant promises us. Also Read - Cannes 2022: Netizens call Urvashi Rautela a 'liar' for claiming Leonardo DiCaprio praised her as a talented actress

The Revenant is directed and co-written by renowned filmmaker, Academy Award-winner Alejandro G. Iñárritu. Also Read - Cannes 2022: Urvashi Rautela says Leonardo DiCaprio complimented her, 'I was waking up pinching myself'

Inspired by true events, it is about an expedition of the uncharted American wilderness gone wrong, when Hugh Glass (Leonardo DiCaprio) is brutally attacked by a bear and left for dead by members of his own hunting team. In a quest to survive, Glass endures unimaginable grief as well as the betrayal of his confidante, John Fitzgerald (Tom Hardy). Guided by sheer will and the love of his family, Glass must navigate a vicious winter and warring tribes in a relentless pursuit to live and find redemption. Also Read - BTS: V aka Kim Taehyung gets compared to Leonardo DiCaprio’s Jack from Titanic as video of him dancing at a jazz club goes viral

I am not afraid to die anymore...I have done it already!

The trailer starts off with this ominous line, hinting at how Hugh was left for dead. It begins with some really beautiful visuals of snow-capped hills with Leo looking over them. The trailer, however does not focus on his revenge trail and instead shows us the clashes between the hunting expedition, who are actually fur traders, and the natives. With really minimal dialogue, as all you can hear over and over is Leo's laboured breathing, the promo is led by some fantastic cinematography (which is now a trademark of the Birdman director) and a thumping BG score. Plus you also get to see glimpses of Tom Hardy and Domhall Gleeson.