The sight of Salman Khan waving at his fans with love is pure Eid happiness - view HQ pics!

Like every year, Bhai greeted his fans outside Galaxy Apartments

While his Tubelight might have got mixed reviews from critics, there is no denying that Salman Khan and Eid have a special connect. Like every year, this time too, the superstar waved out to the thousands of fans who had queued outside to catch a glimpse of the macho hero. Dressed in a light blue T-shirt, Salman looked calm and relaxed as he viewed the multitude of people outside. We can see the love in Bhai’s eyes for his fans who make this festival a truly special one for him. This Eid, Salman was all about transformation. He shed all his machismo for the role of the bumbling Laxman Singh Bisht and fans are raving about his innocent looks.

The pictures are not very clear due to the grey balcony and also because of the overcast monsoon skies. Before him, it was Shah Rukh Khan who greeted his fans outside Mannat with his little cherub, AbRam. He said that Salman would be sending over Biryani to Mannat. We know that Eid is a huge thing for the Khan-daan. Daddy Salim Khan has revealed how the kitchen in Salman’s home is bustling with seviyaan and a host of other delicacies. Check out these pictures… 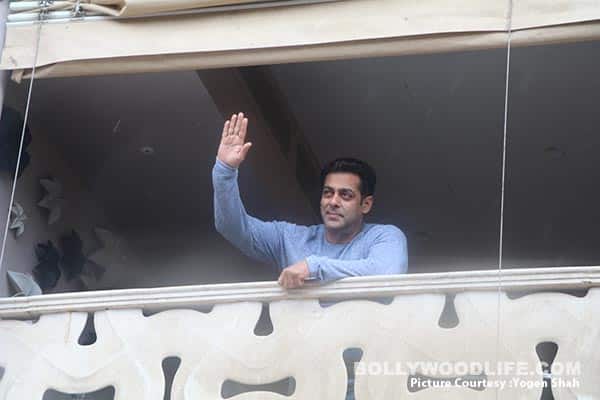 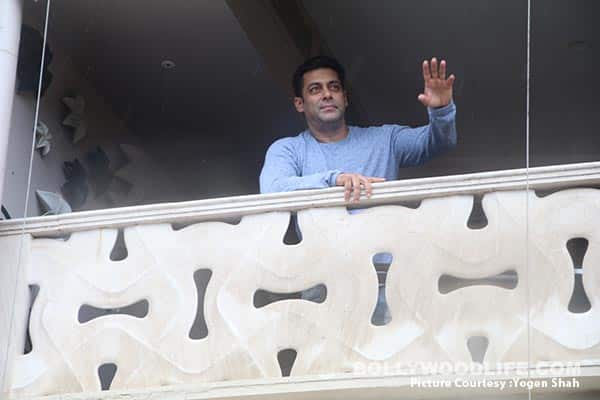 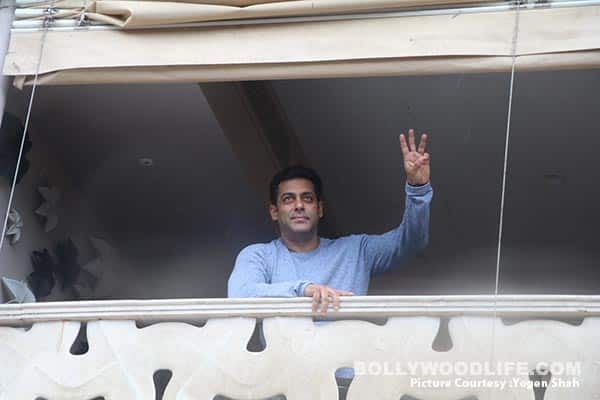 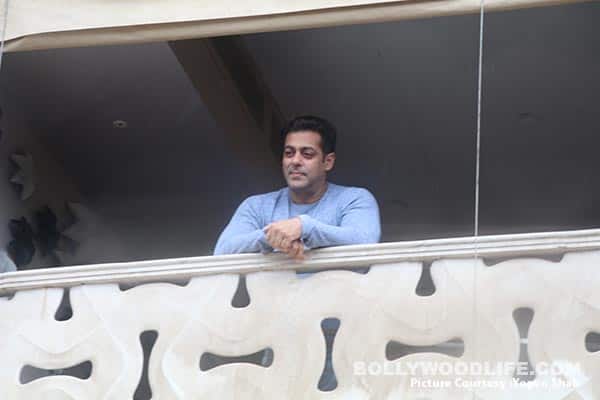 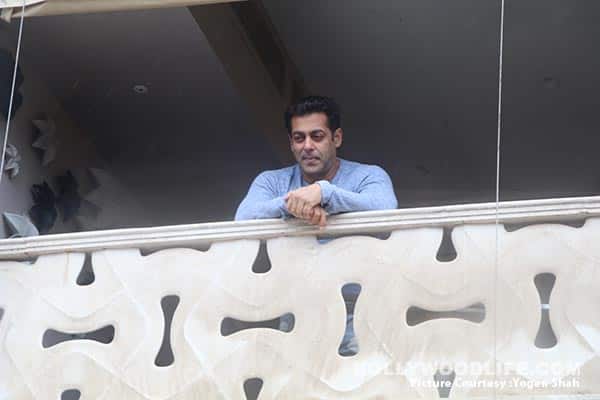 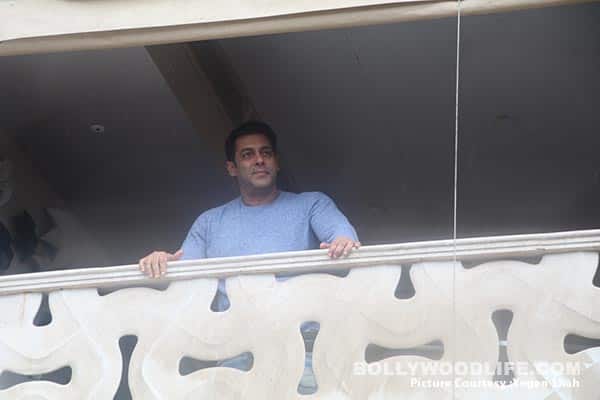 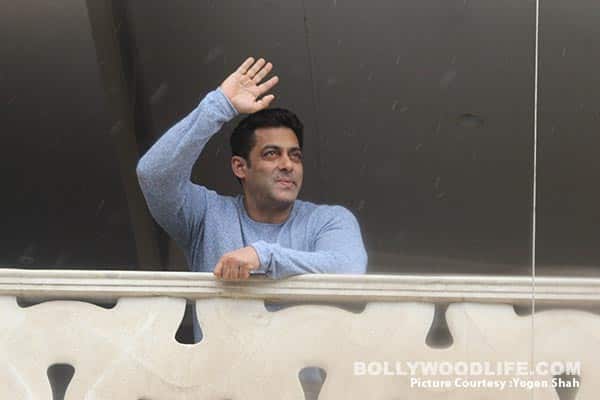 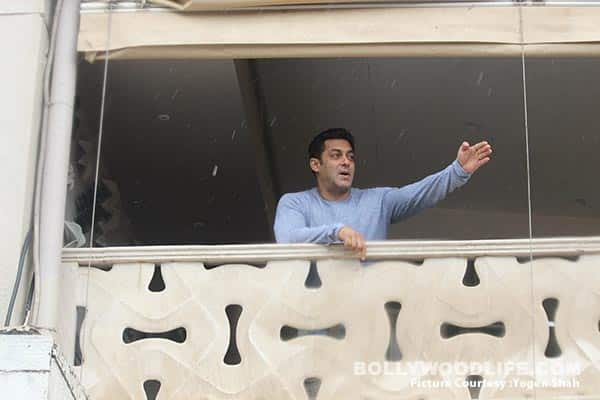 However, all eyes are on the box office performance of Tubelight, which has been lukewarm. The film has grossed Rs 65 crores so far, which is much lesser than Sultan. Its second day collection is also lower than Shah Rukh Khan’s Raees that also released on a national holiday, Republic Day. Eid is the festival of Salman Khan with films like Ek Tha Tiger, Sultan, Bajrangi Bhaijaan and Kick raking in immense moolah. Eid is a crucial day for the business of Tubelight. However, Salman is far from perturbed. Yesterday, we saw him at Baba Siddiqui’s Iftaar party, where he was with his latest fave, the adorable Matin Rey Tangu. Stay tuned to Bollywood Life for more scoop and updates…