The whole truth behind the Veena Malik scandal 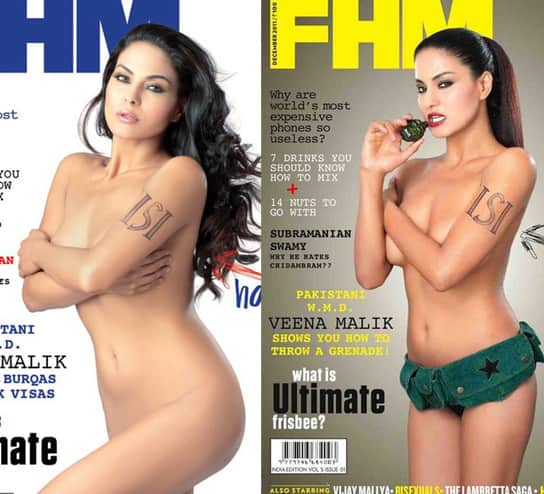 Veena Malik who is soon to commence her reality show, Veena ka Swayamvar on Imagine TV has been the talk of the town ever since her nude pictures for a magazine went viral. While the actor denies stripping for the picture, the magazine claims that it was Veena Malik who pursued the magazine for a month and asserted on doing a bold photoshoot. Read on to know the whole truth...

The FHM magazine responded to Veena’s lawsuit by suing the actor for Rs 25 crore. The magazine stated that the photos were indeed real and no image has been morphed. In their eleven page notice, the magazine stated, “Your client permitted our clients for her photo as well as video shoots which were carried out by our clients with the consent and authority of your client. It would be pertinent to mention herein that your client pursued FHM magazine via photographer Vishal Saxena in October 2011 for a shoot. Your client wanted to do a sexy, bold and in-your-face shoot and to express intent for the same she also sent through Saxena pictures of her in bikinis etc, to show that she was in good shape for a shoot for FHM. After pursuing FHM for close to a month, on November 15th your client was sent a set of photographs for references through Vishal Saxena via e-mail and was explained the complete concept of the shoot. After receiving and understanding the concept of the shoot, on November 19, 2011, your client reverted directly to Sh. Kabeer Sharma through an e-mail with title “Love the Idea” saying she “likes the idea and concept very much and was comfortable to shoot” on November 23, 2011.” They further claimed that Veena was super excited during the shoot, so much so that sometimes the team had to tell her to tone down her exposure keeping in mind Indian censorship laws.

The magazine also addressed on the ISI mark tattooed on Veena’s arm in their notice. “Your client was very much eager, excited and willing to wear the tattoo of ISI. Your client was not only well aware of the concept; she even proactively took part in the execution of the shot. Your client told to Priyanka Palkar, in presence of Sh. Kabeer Sharma, to make the ‘ISI’ marking on her shoulder “bolder and bigger” so that it could be “seen properly”. In her notice Veena had claimed that the magazine never showed her the cover picture before publishing it. They countered her claim stating that the actor had replied in a mail passed on November 29 that she is looking forward to the cover, which clearly indicates that she had seen the cover prior to its release. Apparently, this is not the first time Veena Malik has gone topless. Topless pictures of the actor’s earlier photoshoots have been found on the web. Like we said earlier, wethink this is just a publicity stunt for the actor’s new reality show. Nothing more or less!