There was an overdose of love for Rani Mukerji on her romantic Parisian rendezvous with Aditya Chopra!

Aww! Rani sure can't stay away from hubby Aditya! Read on..

Rani Mukerji, ever since the birth of baby Adira, has steered clear off the limelight. The actress, who recently left for Paris along with Adira to spend time with hubby Aditya Chopra, found herself amidst fans! As you all know, Adi is currently shooting Befikre in Paris along with Ranveer Singh and Vaani Kapoor. We had even reported that Rani will be joining Aditya on the sets of the film. So guess what, we just found a confirmation for the story thanks to this picture that we found on Instagram where Rani was spotted clicking selfies with fans in the city of love. Also Read - From Virat Kohli-Anushka Sharma to Rani Mukerji-Aditya Chopra: Celeb couples who surprised fans with their hush-hush marriages

Although, post delivery, we caught glimpses of Rani and in fact, even saw her look beautiful as she along with mother-in-law Pamela Chopra in Switzerland where the government, in honour of promoting tourism in the country, unveiled a bronze statue of late Yash Chopra. And now we just spotted her thronged by fans in Paris so we believe that maybe now Rani will start making more public appearances.However, baby Adira still remains a mystery as the couple and proud parents have still not revealed any picture of their first born. Adi and Rani, a small request, please give out Adira's picture or even a glimpse of your baby would be enough to rest our anxious souls which is currently dying of curiosity. Also Read - Tiger 3: Salman Khan and Katrina Kaif to begin shooting for the action-thriller on THIS date? Deets inside 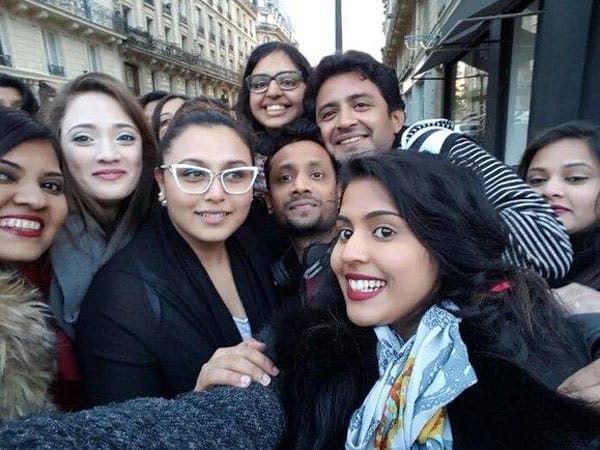 Also Read - From Hrithik Roshan-Sussane Khan to Saif Ali Khan-Amrita Singh: Here are the most expensive divorces of Bollywood

Aditya is directing Befikre, which is slated to release on 9th December, i.e. on the first birthday of his and Rani's daughter. Now isn't that sweet? Check out the pictures and tell us your thoughts about the actress in the comments section below!