This is how SHahid Kapoor teased us for almost six months before finally revealing baby Misha's face!

After making us wait for almost six months, Shahid Kapoor finally revealed what a cutie patootie his daughter Misha is! He took to his social media handles to reveal his baby girl's face and pretty much is breaking the internet right now. And as we go back in time, thinking about all the aching curiosity he put us through, looks like the wait was worth it! If you remember, the first time Sasha returned from the hospital with his daughter, she was wrapped in a baby cloth, making sure no part of Misha is revealed to the paparazzi. Little did we know that it's going to be one painful journey of wait and anticipation before the actor reveals what his baby looks like. We must say though, the whole build up and suspense over his daughter's pics was quite a clever move. Every time we thought that her look would be out, he continued to keep the mystery quotient on. Be it during his airport spotting with his famjam or on his social media handles, he always gave a sneak peek of his baby but never the face! Also Read - From swanky apartments to expensive cars: Shahid Kapoor and wife Mira Rajput's net worth and most expensive possessions will blow your mind

This just feels like a build up of a Bollywood film when filmmakers keep us waiting for the release as they tease us with teasers, trailers and other promotional moves. Think about it. There was definitely a lot of teasing from Shahid's side as he continued to keep us agog with the little sneak peaks! Well, we even got proof of the same. We've compiled a set of pictures which proves that the actor built up the suspense around his baby's pic and tormented us until the very end! Scroll below and check it out. (ALSO READ - Shahid Kapoor shares baby Misha’s first pic and it’s BEYOND CUTE!) Also Read - After Kareena Kapoor Khan's Jeh, netizens go ga-ga over Shahid Kapoor's son Zain's voice 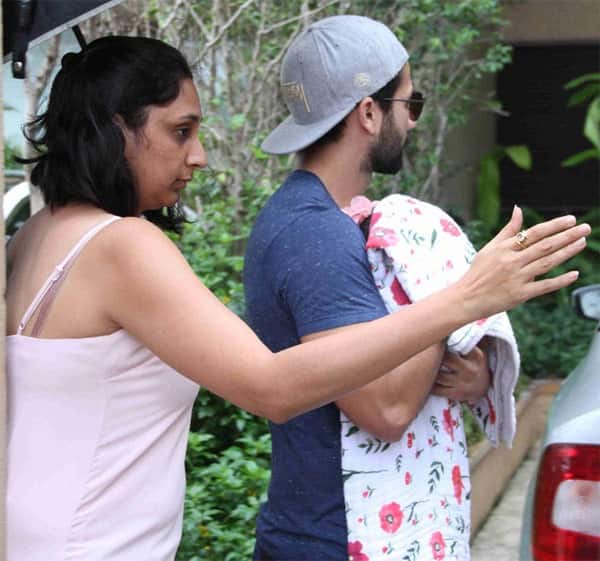 At the airport, where the mystery continued... 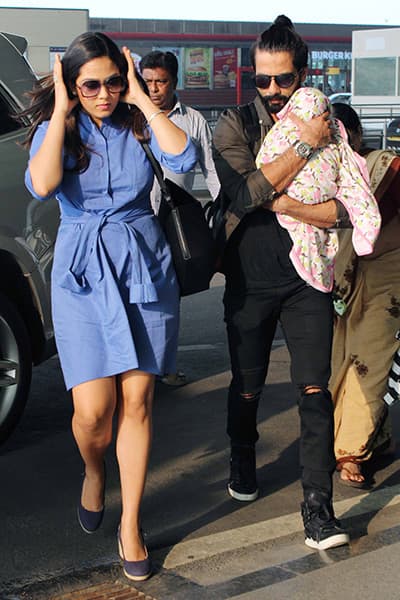 Having seen Misha in the middle of a weekday, we're all the more pepped up thanks to such an adorable pic! Thank you, Shahid, for finally freeing us from all the pain of waiting in anticipation. The actor will soon be seen in Vishal Bharadwaj's Rangoon, that also stars Kangana Ranaut and Saif Ali Khan. Ever since the beginning of this year, we're seeing the actor look and feel livelier than before. Perhaps it's Misha's magic on her doting daddy! This does make us wonder now, will Shahid continue to hide his baby's face next time we spot him outside with his kiddo? Let's see what he plans to do. Oh, but do tell us what you think of the actor's this suspense game? Tell us in the comments box below.