These concept arts of Thor and Hulk fighting will excite you for Thor: Ragnarok - view pics

Last year when Captain America: Civil War was released, many were left disappointed to not find their favourite God Of Thunder and the Incredible Hulk. Well for all those fans, here is something that'll get you all excited. The digital release of Doctor Strange offers a lot of goodies. One such thing is a sneak peak into the characters and story of highly awaited Thor 3, titled Thor: Ragnarok. The will show a face off between Thor and Hulk. So after Iron Man vs Captain America, it'll be Thor vs Hulk Also Read - Black Widow trailer: Scarlett Johansson starrer film is about Natasha Romanoff's roots, betrayal and loads of action

Thor: Ragnarok concept art shows the God of Thunder and The Incredible Hulk fighting in a gladiator arena on planet Sakaar. The Green Goliath is decked out in his Planet Hulk-like armour, featuring a feathered helmet and spiky shoulder armor, and he's shown wielding a massive hammer, sword, and battle-axe. As for Thor, he's actually wearing his signature helmet, which has been noticeably absent in the Marvel Cinematic Universe. Also read: This behind the scene video featuring Iron Man, Spider-Man and Star-Lord, promises Avengers: Infinity War to be an EPIC fun Also Read - 'I had an incredible 10-year run that was creatively satisfying,' says Robert Downey Jr on playing Iron Man

Check out the concept art below: Also Read - This is how an Iron Man balloon triggered off fears of 'alien invasion' in Uttar Pradesh village — read details 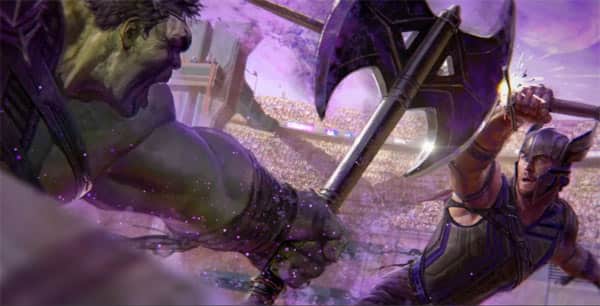 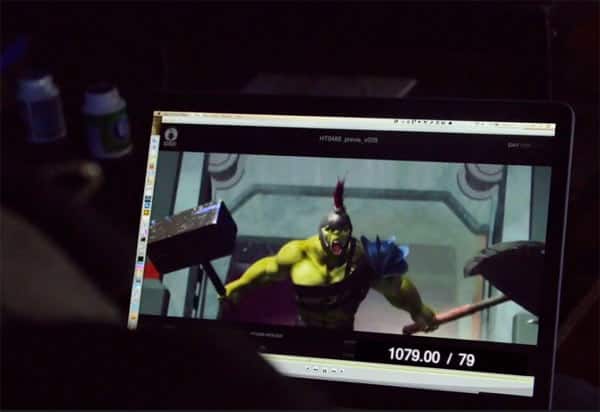 Thor (Hemsworth) is imprisoned on the other side of the universe without his mighty hammer and finds himself in a race against time to get back to Asgard to stop Ragnarok – the destruction of his homeworld and the end of Asgardian civilization – at the hands of an all-powerful new threat, the ruthless Hela (Blanchett). But first he must survive a deadly gladiatorial contest that pits him against his former ally and fellow Avenger – The Incredible Hulk!