These movies of Salman Khan, Aamir Khan and Shah Rukh Khan were the slowest to enter the 100 crore club in last five years

For Salman Khan fans, there has been good news as well as bad news. The good news is that Tubelight has entered the Rs 100 crore club finally. The bad news is that it is not enough. While for a normal movie, getting into a 100 crore club is a really big deal, like say an Ek Villain or a Tanu Weds Manu Returns. But not in the case of a Salman Khan, Aamir Khan or a Shah Rukh Khan movie. Salman Khan movies have the capacity to enter the 100 crore club in just a couple of days or max three, which also applies for Shah Rukh Khan and Aamir, and to some extent Akshay Kumar. However, in the case of Tubelight, it took 6 long days for the movie to gross over Rs 100 crore. It's another matter, that though the producers are in a safe position, the distributors are in losses having bought the movie's rights at a high price. There have also been reports that some distributors had even come down to Mumbai to meet Salman and requested him to compensate them for their losses. Also Read - From Shah Rukh Khan to Shilpa Shetty Kundra: 8 Bollywood actors who have successful side businesses

However, Tubelight is not Salman's slowest movie to enter the 100 crore club. It is another movie that came a few years back. In this feature, we look at three movies of Shah Rukh, Salman and Aamir that were the slowest to enter the 100 crore club in the last five years. Also Read - Alia Bhatt looks smashing hot in a workout mirror selfie but her hilarious caption steals the show 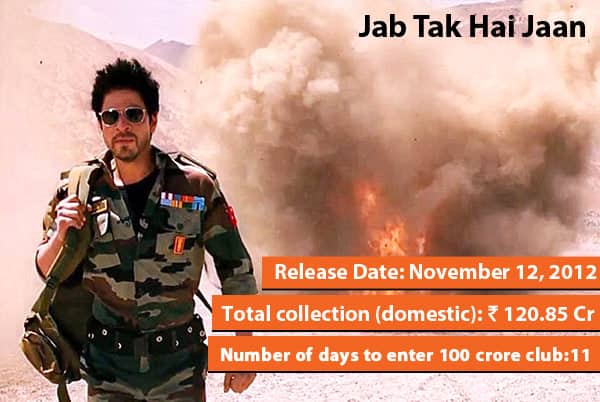 While the late Yash Chopra-directed movie struggled its way to enter the 100 crore club, FAN, which released last year, did not even reach the mark. 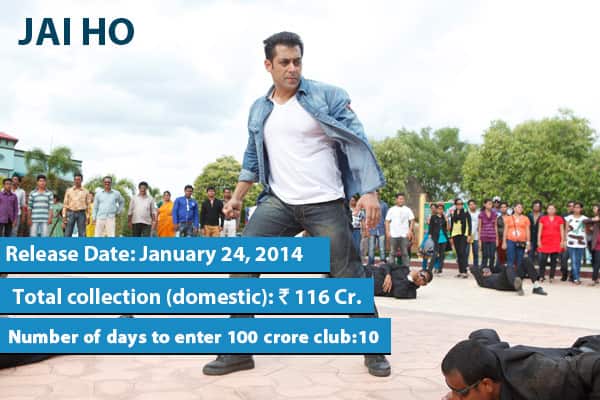 It's unimaginable to even think that a Salman Khan movie of late can find it difficult to gross more than 100 crores, but in the case of Jai Ho, it is actually impossible to think it was a 100 crore movie. 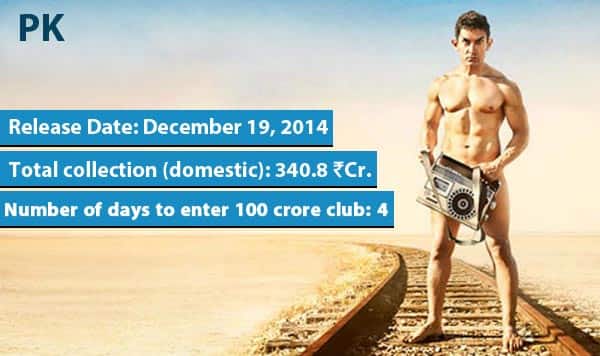 While it is impressive that Aamir's slowest 100 crore movie only took 4 days to enter the club, he had only four releases in the last five years. Out of which, Talaash failed to gross more than Rs 100 crores domestically, just reaching Rs 93 crore.