These scenes from Dilwale will definitely REMIND you of Kuch Kuch Hota Hai and Om Shanti Om – watch video!

Do not miss these two promos of Shah Rukh Khan-Kajol starrer Dilwale! 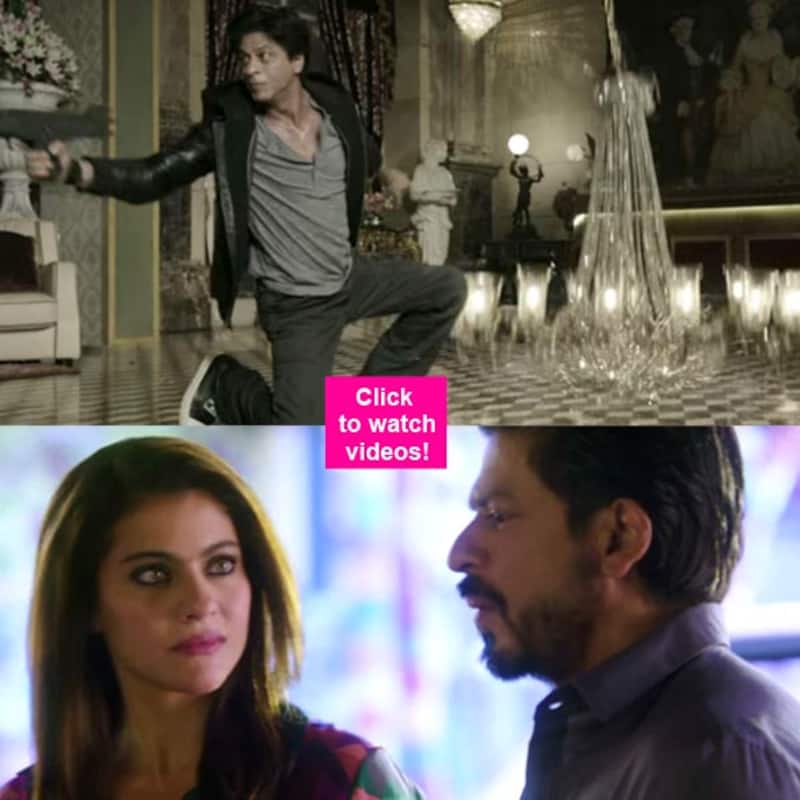 The Shah Rukh Khan-Kajol starrer will make you reminisce the K2H2 days!

Shah Rukh Khan and Kajol’s mindblowing chemistry is what caught our fancy post their blockbuster film, Dilwale Dulhania Le Jayenge, 20 years ago. And now with all the buzz taking us back to their brilliant onscreen chemistry has been the highest selling point of Rohit Shetty’s, Dilwale. But obviously if Dilwale is celebrating SRK-Kajol’s stupendous jodi, it is bound to hold some of their classic scenes, right? And looks like director Rohit Shetty has incorporated the evergreen jodi’s charming snippets even in Dilwale. Also Read - Shah Rukh Khan, Akshay Kumar, Kareena Kapoor Khan and more Bollywood celebs who believe in crazy superstitions

Okay so I’ll quickly jump to the first video that reminded me of Kuch Kuch Hota Hai so much that I’m gonna go home and watch the film, just to reminisce those days. I hope you guys remember the scene in Kuch Kuch Hota Hai where Rahul meets Anjali in the summer camp after ages. At first they’re speechless because of the complete shock and happiness but later when they start talking, they discuss about how much they have changed. Well, Rohit Shetty has used this same sequence in his upcoming film, Dilwale where Kajol and Shah Rukh have the same discussion. Also Read - Ranbir Kapoor, Ayan Mukerji, Mouni Roy; the Brahmastra trio visit the Durga puja pandal wearing their traditional best [Watch Video]

Well, that’s not all, this other fight sequence sure looks like a tribute to Deepika Padukone and SRK’s Om Shanti Om! So in OSO, this famous scene of the chandelier falling on Arjun Rampal has been used in SRK’s Dilwale but instead of falling on the villain, it falls on the hero. Also Read - Dussehra 2022: Before Adipurush releases, check out how Shah Rukh Khan, Salman Khan, Akshay Kumar and more celebrated Raavan Dahan in THESE movies

So wait no more. Watch both the videos and tell us if it reminded you of OSO and KKHH in the comments section below!