Here's why Katrina Kaif is MISSING from this picture of Ranbir Kapoor on the sets of Jagga Jasoos!

Katrina Kaif will take a later flight to Morocco just as Ranbir Kapoor, Anurag Basu and the team enjoy a sumptuous meal at a local cafe!

The ex lovers are keeping safe distance from each other!

So, Ranbir Kapoor is spotted chilling in Morocco with director Anurag Basu and the unit of Jagga Jasoos at a local cafe. One individual is conspicuously missing from the team. It is leading lady Katrina Kaif. So, while Ranbir and the team left for their much hyped Morocco schedule, Kat preferred to take a later flight so as to keep a safe distance from her ex. Also Read - Ranbir Kapoor’s still from his new commercial for one of the leading OTT platforms has got fans excited – view pics

Well, it looks like while Ranbir and Katrina do not want any sort of communication with each other on personal level, the director and the unit members seemed to have sided with the leading hero while Katrina is staying away. We told you the other day how the two were spotted at dance rehearsals but chose to practice separately. This just proves that the two are sealing their separation and are not showing any signs of reconciliation. Also Read - Anurag Basu on letting Govinda go from Jagga Jasoos: I couldn't have taken that stress 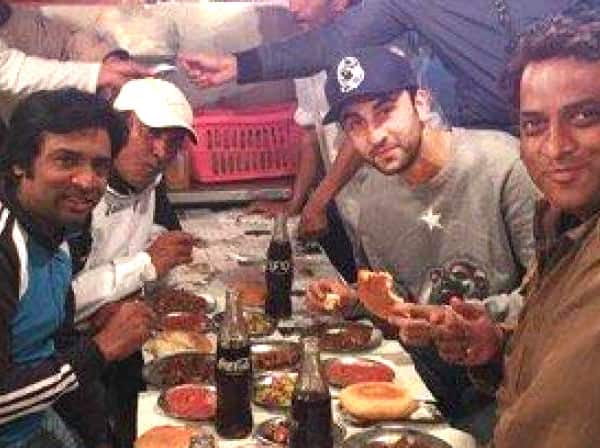 According to reports, both Ranbir and Katrina were not very keen on shooting outdoor for the movie and had forced Anurag to consider recreating the the exotic location of Morocco within the country. But after much consideration, the two decided to go ahead with it after all. So, the two will be there in Morocco for a 10 day schedule post which they will wrap up this much delayed film.