Misha's first birthday is just a month away! Here's what Shahid Kapoor and Mira Rajout have planned. 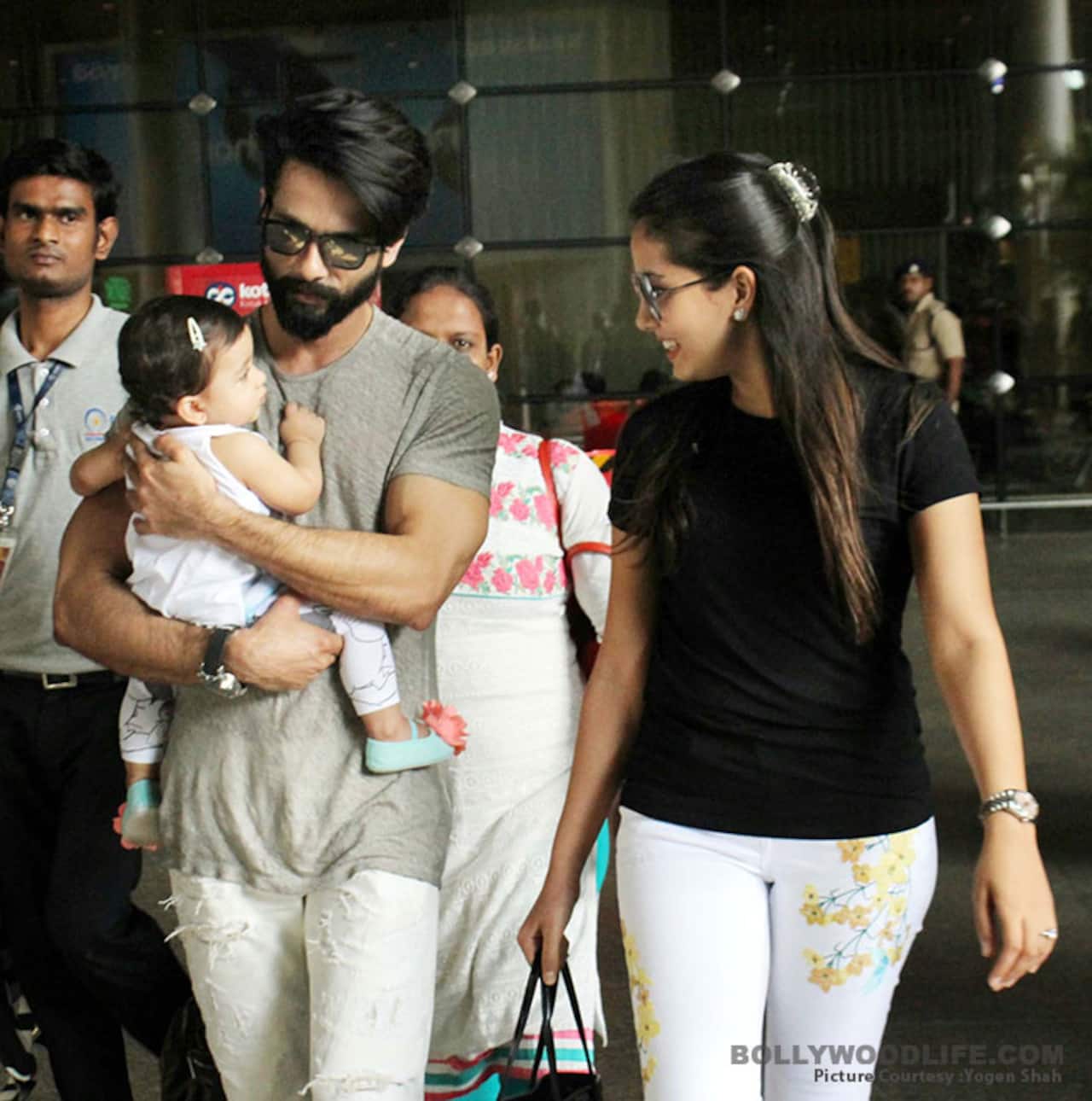 Shahid Kapoor’s baby girl Misha is going to turn a year old soon and the Kapoor khandaan has some special plans to ring in her first birthday this year. Shahid, his wife Mira and Misha may leave for a holiday to an undisclosed location to celebrate the special occasion. At the Big Zee Entertainment Awards 2017 which happened last week, the actor was asked about what they plan on doing on Misha’s birthday. “We are not probably going to be in the country, so we are going to get some family time around that time,” he said at the event. Now that’s awesome, isn’t it? Also Read: Shahid Kapoor teases us with another glimpse of his baby Misha! – view HQ pics Also Read - Sidharth Malhotra and Kiara Advani Wedding: Pathaan actor Shah Rukh Khan's former bodyguard to look after security arrangements? Here's what we know

In case if you have been wondering if this is going to be Misha’s first international trip, then let us tell you, it’s not. Shahid and Mira were in New York recently for IIFA where they took Misha also along. After the awards got over, they took Misha and explored Central Park and Times Square and also took a yacht ride around the Statue of Liberty. So coming back to Misha’s birthday, does that mean, they wouldn’t throw a bash here in Mumbai? We don’t know…. Maybe once they are back from the vacation, Shahid and Mira will throw a party for their friends from the industry. Also Read - Farzi actor Shahid Kapoor shares what Pathaan success means to Bollywood

In other news, Shahid, is currently working day in and day out on Sanjay Leela Bhansali’s upcoming period-drama, Padmavati. The film has already been in the news since a very long time, thanks to all the controversies it’s been a part of. Just yesterday, Sasha took to Insta to share how Padmavati is keeping him really busy on Sundays too! The film also stars Ranveer Singh and Deepika Padukone in key roles and is slated to release by the end of this year. Also Read - Farzi star Shahid Kapoor shares all about his experience of working with The Family Man creators Raj and DK