Look closely at the picture and you'd notice how romantically Virat is looking at Anushka. 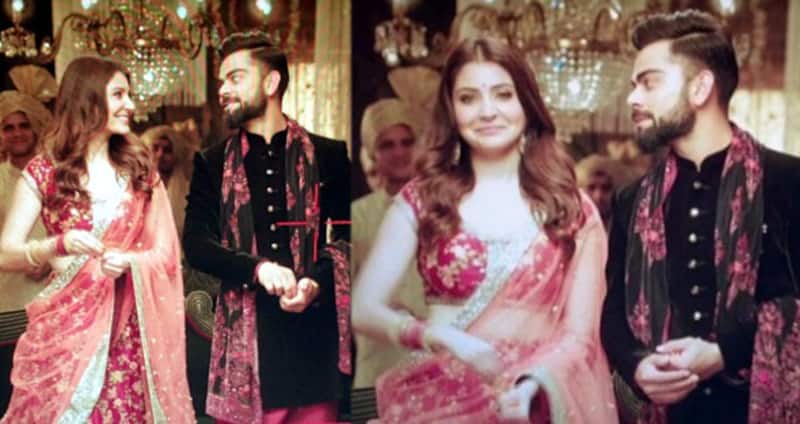 Fans from the world of cricket and films swoon over the jodi of Virat Kohli and Anushka Sharma. A million men learnt the most valuable lesson about respecting women, when Virat came out in support of his girlfriend Anushka and slammed trollers on his social media page. Boyfriend goals, right? Well, while the wedding bells might not be heard anytime soon, we might just have a hint what their D-day would look like. A few pics of Anushka and Virat, wearing wedding-like ensembles, are going viral. Also Read - Raksha Bandhan 2022: Riddhima Kapoor Sahani, Siddharth Chopra and more siblings of Top Bollywood stars who are successful entrepreneurs

A popular ethnic wear brand has roped in Anushka and Virat for their new line of advertisements. I hope you remember seeing Virat selling you designer sherwanis every time you went to watch a movie. Now, you will even see Anushka Sharma, standing right next to Virat. This is a big step. After a very long time they will be appearing together in an ad. If you remember the timeline, it was an ad that started the buzz about their relationship. We are eagerly waiting for the ad now Also Read - Raksha Bandhan 2022: Deepika Padukone's sister Anisha Padukone to Aishwarya Rai Bachchan's elder brother Aditya Rai – 14 celebrity siblings who have stayed away from limelight 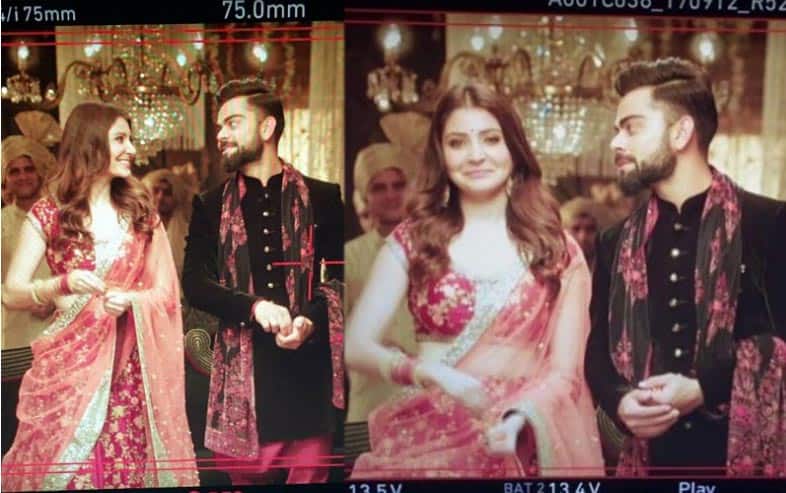 Look closely at the picture and you'd notice how romantically Virat is looking at Anushka. There has to be a real chemistry for it to reflect so well on screen.

Recently pictures from Virat and Anushka's vacation in Sri Lanka went viral on internet. Check out the pics here!

Talking about why, lately, she refuses to talk about her relationship, Anushka had said, "I was open about my relationship because I thought that's me handling something maturely and I expected people also to handle it maturely. But I feel not everyone knows how to do that. All they are interested in is scoops. 'Oh! They met.' - If you are dating someone you will meet them na? How can meeting someone become such big news? It was just too much. As an actor, I was giving some of my best performances but in an interview, the headline would always be about my personal life."

Anushka Sharma is currently shooting for her home production venture, Pari, which is going to be a supernatural thriller. The first two posters have a very eerie vibe and horror fans are intrigued. Also, Anushka will be seen in a supporting role in Aanand L Rai's upcoming film, which also stars Shah Rukh Khan and Katrina Kaif, thus marking the three actors' reunion after Jab Tak Hai Jaan