This is what happened when Shah Rukh Khan clashed with Akshay Kumar at the box office!

He has nailed it almost every time...

Shah Rukh Khan is busy shooting in Prague for Imtiaz Ali's next tentatively titled The Ring. If reports are to be believed then this film of his is all set to clash with Akshay Kumar starrer Crack which has also been announced for Independence Day 2017. The SRK starrer is scheduled to release on August 11 2017 and Akshay Kumar already has launched the first look poster of Crack which had Independence Day 2017 on it. The poster was launched by Akshay Kumar right after Rustom became a success. It battled Hrithik Roshan's Mohenjo Daro and won hands down. But with Shah Rukh Khan against him, things will be completely different at the box office. Also Read - From Akshay Kumar, Shilpa Shetty Kundra to Deepika Padukone: 8 Bollywood celebs who don't drink

Akshay Kumar really has to pull up his socks if he wants to go head to head with the King Khan at the box office as Shah Rukh Khan is not known as "King of Box Office clashes" for nothing. If one could recall about SRK's various box office clashes, apart from one instance, the Fan actor has managed to crush Akshay's films all the time. Shah Rukh Khan clashed four times with Akshay Kumar at the box office and here's how that turned out. Also Read - Bollywood actors who were shockingly REPLACED in film sequels leaving fans disheartened 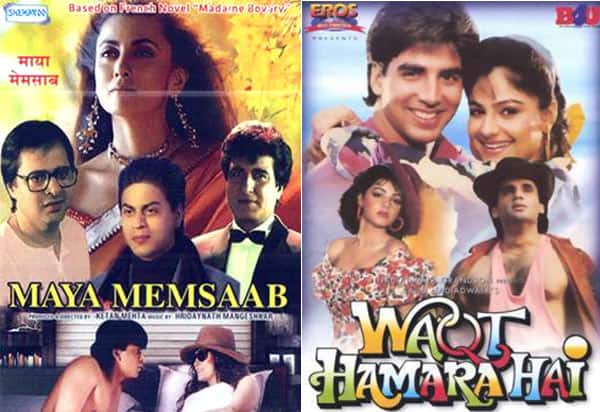 On July 2 1993, Shah Rukh Khan and Akshay Kumar clashed for the first time at the box office. Maya Memsaab was a woman oriented niche art movie with star cast toplined by Farooq Sheikh and Raj Babbar whereas Waqt Hamaara Hai was as commercial as it gets, also known to bring together the hit pairing of Akshay Kumar and Suniel Shetty for the first time on the silver screen. Akshay Kumar starrer won the battle here. But then you can't really call Maya Memsaab a Shah Rukh Khan starrer. On July 18 1997, Shah Rukh Khan and Akshay Kumar clashed again at the box office. This can be termed as the true blue box office clash, as both had spent almost five years in the industry and were the top lining stars in their respective films. If you are wondering about the movie named Daava, you are not alone, the movie sank without a trace and as expected Yes Boss was a box office success. 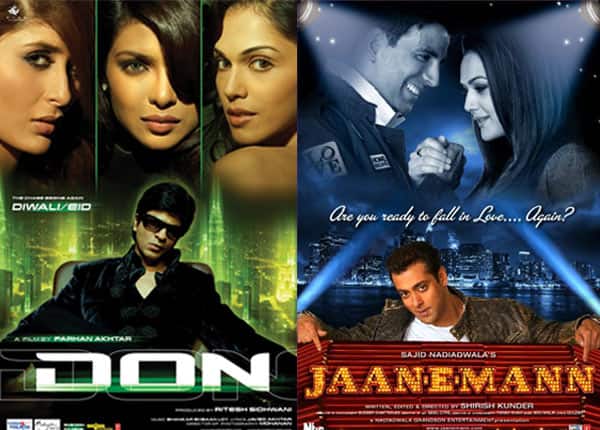 Diwali release and SRK go hand in hand. This time though he had company in the form of Akshay Kumar and Salman Khan starrer Jaan-E-Mann. The clash was much talked about as on one side you had Shah Rukh Khan and on the other side there were Akshay Kumar-Salman Khan - three of the biggest superstars we have today. Audience preferred SRK's take on Don over Akshay Kumar's Jaan-E-Mann.

In fact, such was his pull at box office that Akshay's Once Upon Ay Time In Mumbaai Dobaara had to concede defeat and release a week later since Chennai Express had its slot fixed on Eid that year. And as was expected, despite a gap of a week, OUATIMD couldn't match up to CE's speed.

Come August 11, 2017, you will see them go head to head again with their respective films. The Ring is a musical love story, the genre SRK masters in, on the other hand Akshay Kumar is returning with director Neeraj Pandey, a winning combination so far. Let's see who wins the battle this time.