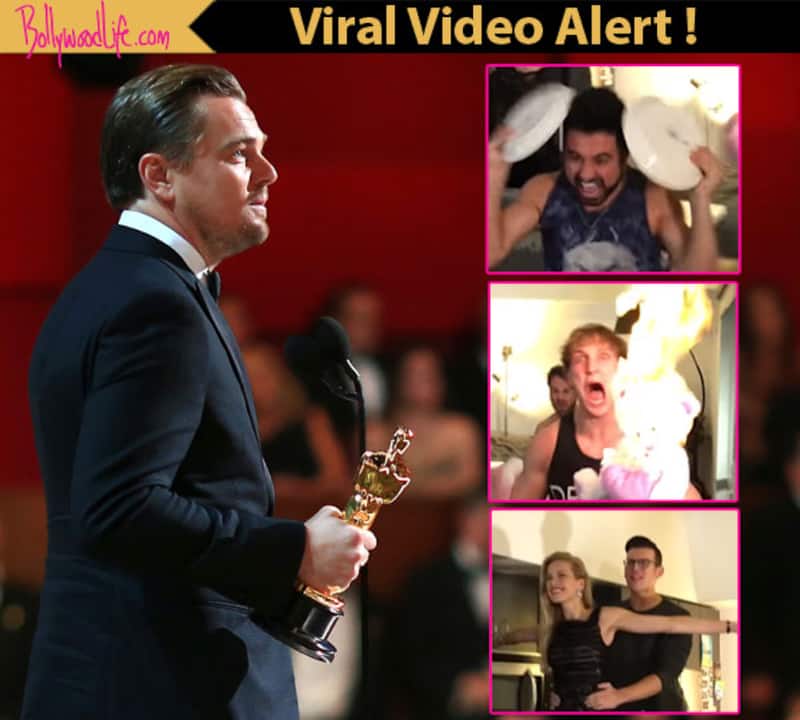 Now we knew that fans would go berserk on seeing The Reverant star win the Oscar, but this one is simply EPIC!

Leonardo DiCaprio finally won The Academy Award for Best Actor this year. The actor's film The Reverant bagged three Oscars, however it is Leo's BIG win that has got everybody talking. From funny Oscar speeches to hilarious memes the internet is flooded with demand for Leonardo's Oscar win. And those of them who saw the Oscars 2016 live would know that the wait till last few categories wasn't exactly easy especially with the host Chris Rock failing to do anything more than make the 'All White' Oscar debate a black joke on the stage. But once DiCaprio was announced as the winner fans rejoiced. Leonardo gave a grateful and a very very thoughtful speech and addressed the grave issue of climate change and environment. Of course there was a lot of emotion and teary eyed reactions like that of Leo's best friend Kate Winslet, who has always been by her Titanic hero and spoke highly of him. But this video that shows fans reaction to Leonardo's win is BREAKING THE INTERNET and how. Also Read - Leonardo DiCaprio-Gigi Hadid relationship: After Milan Fashion Week, Oscar winner and supermodel check into same Paris hotel for quality time

So, when Julianne Moore announced Leo's win everybody at the event cheered for the actor. But this lot of die hard Leonardo DiCaprio fans literally went crazy. Here take a look...


As soon as Leonardo is declared as the Best Actor, everyone starts screaming and then a couple starts kissing and making out on the couch, one man takes off his T-shirt to flaunt his perfect bod, the other couple in the room strike the famous Titanic pose, one wacks the bin like a boxer and the other starts breaking dishes. That was all not the whole thing gets quite fiery, literally! We bet this was no just an impromptu reaction video, but it definitely is genuine as far as their love for Leonardo DiCaprio is concerned. Also Read - Top Hollywood News Weekly Rewind: Zayn Malik unfollows Gigi Hadid, Johnny Depp in love with lawyer Joelle Rich and more