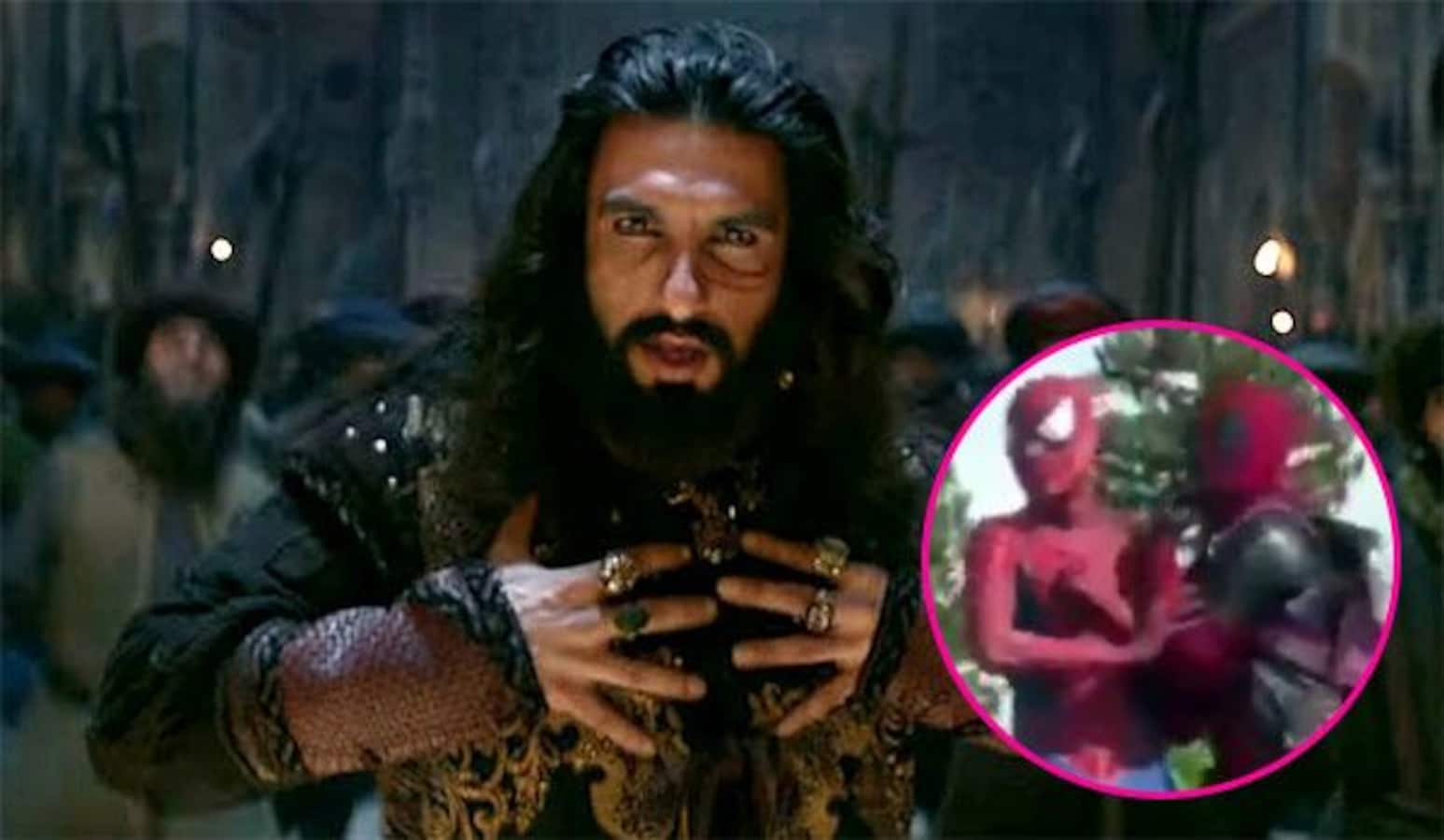 Ranveer Singh surprised one and all when he dubbed for the Hindi version of Deadpool 2. The actor stunned one and all with his impressive dialogue delivery for Ryan Reynolds' crass character. But wait till you see this video of Deadpool dancing on Ranveer Singh's Khalibali. Yes, we got hold of a clip from Twitter, which shows Deadpool and Spiderman grooving on the iconic Padmaavat song. And we have to say, the video will surely make you ROFL. Obviously, Ryan Reynolds did not dance on Khalbali, but a guy dressed as Deadpool was seen grooving to a few English songs and someone then made a mashup video out of it. Also Read - Athiya Shetty-KL Rahul wedding: Star couple follows the Bollywood shaadi trend; strict instructions given to guests?

In the video, we see Deadpool and Spiderman shaking a leg at a fan event. Their expressions and moves actually match with the song and it is really hilarious to see them dancing to Khalibali. In fact, Deadpool and Spiderman's camaraderie is also similar to Ranveer and Jim Sarbh's chemistry in the movie. You are even reminded of Ranveer's quirky attitude while watching the movie. Anyway, check out the video right here and share with us your thoughts about Deadpool dancing on Ranveer Singh's Khalibali in the comments section below! (ALSO READ - Deadpool 2 movie review: The sequel is funnier, raunchier and a gruesome delight, according to top critics) Also Read - Radhika Merchant-Anant Ambani engagement: Ranveer Singh and Deepika Padukone prove there ain't no couple like them in Bollywood

In the meantime, Deadpool 2 is all set to release on May 18 across the world. The film is one of the most anticipated ones of the year and early critics' reviews suggest it is even better than the prequel. We, however, wonder how the Hindi version will work at the Indian box office? We are eager to see and hear how Ranveer Singh makes an impact with his dubbed version of the film. In the meantime, stay tuned to BollywoodLife as we get you all the dope and updates about Deadpool 2 right here. Also Read - Kartik Aaryan to Katrina Kaif-Vicky Kaushal: A look at Bollywood celebrities who pay insane amount as rent for their dream homes