Thodari, Iru Mugan, Janatha Garage, Oppam, IDI- 13 films to look forward to in the second half of 2016!

Thodari, Iru Mugan, Janatha Garage, Oppam, IDI and 8 other movies are expected to release in second half of 2016!

If you though the first half of 2016 was awesome, wait till you know what's coming up in the second half!

This year has flown by hasn't it? But honestly that's case with every year where time flies by like it's on roller blades or something. But not without showing us a good time in cinema. The first year of 2016 saw some great commercials releases like Nagajuna's Oopiri, Vijay's Theri, Allu Arjun's Sarrainodu, Nayanthara's Idda Namma Aalu, Suriya's 24 and of course Rajinikanth's Kabali! But what do we have in store in the second half? Is the latter half going to be as exciting or even more? Well, we can list out the upcoming films and you can decide for yourself then! So here goes: Also Read - This behind-the-scene video of Babu Bangaram starring Venkatesh and Nayanthara is too hilarious!

Thirunaal
Release date: 5th August 2016
Thirunaal starring Jiiva and Nayanthara is all set to release on August 5. The leading pair are coming together after almost a decade, so fans are definitely excited about that. Jiiva will once again portray a non- glamorous character which is what made a him a star in the first place. After two flops, a lot is riding on Thirunaal for Jiiva. Also Read - South movies this week: IDI, Babu Bangaram, Joker, Wagah, Pretham, Mudinja Ivana Pudi 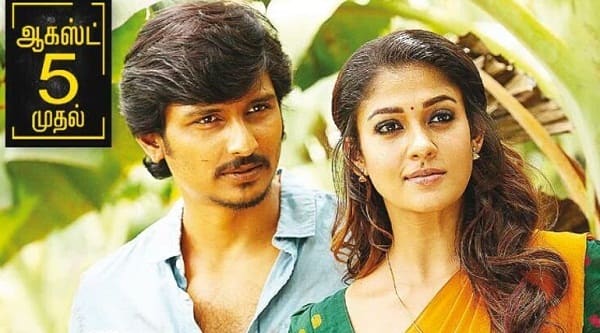 Thodari
Release date: 19th August 2016
Thodari starring Dhanush and Keerthy Suresh has got everyone eager for its release. From the looks of the trailer, it promises to have all elements-romance, comedy and adventure. It's about an adventure on a train journey form Delhi to Chennai.The movie is all set to release on August 12th. Hoping the Independence Day weekend will work for the movie. 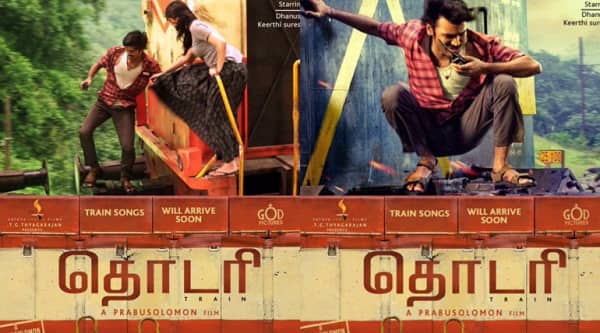 Babu Bangaram
Release date: 12th August 2016
Babu Bangaram starring Venkatesh Daggubati and Nayanthara finally has a release date after a series of postponed dates. The movie is primarily a love story, but since it has our action star Venkatesh, we can except a lot of bashing up and punching! But here's the twist-he's a cop who actually feels sorry for the people he bashes up. Say what? And then there's Nayanthara who he falls in love but she's not the one to give in easily. The Tamil version of the movie will also release on the same day. 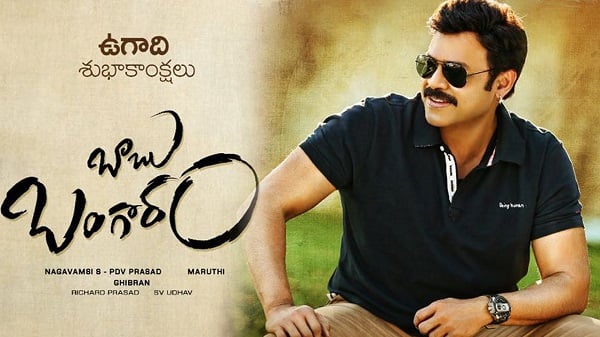 Inspector Dawood Ibrahim
Release date: 12th August 2016
This movie starring Jayasuriya has already caught everyone's attention for its unusual title. Dawood a name we usually associate with crime will now be int he form of a fearless inspector whose sole mission is to beat up goons back and blue. He is then sent on a mission to the border of Karnatake where he faces a challenges that will test his wit, courage and strength. So ready to catch our comedy genius Jayasurya in an actioner on 12th August? 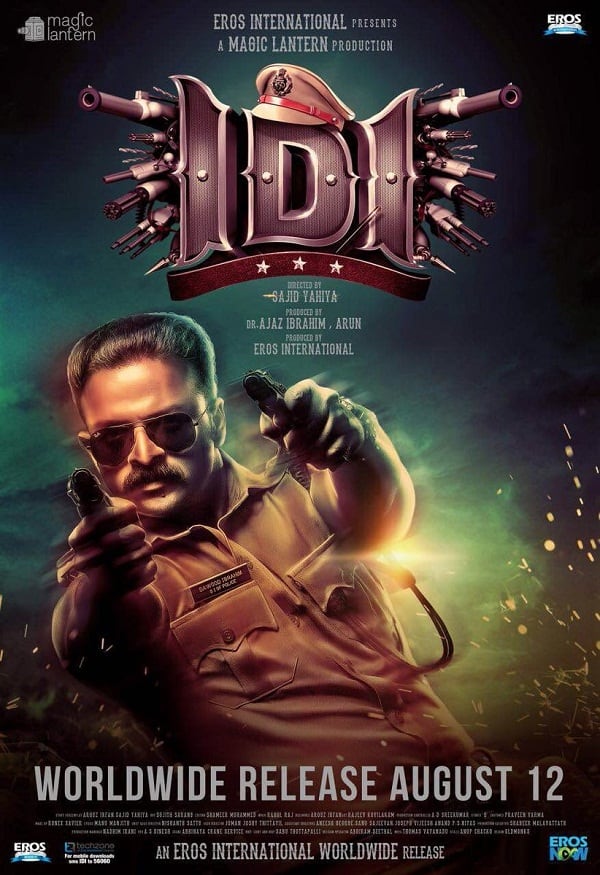 Janatha Garage
Release date: 2nd September ( tentative)
This is easily one of the most awaited movie of 2016 considering it has a star studded cast-Jr. NTR, Samantha Ruth Prabhu, Nithya Menen and Mohanlal. It promises to be a slick, fast paced action with awesome music by Devi Sri Prasad. Nithya's role has been kept under wraps while Samantha will play Jr.NTR's IITian sweetheeart. This movie is going to be a sure shot treat for Nandamuri and Lalettan fans as Jr. NTR and Mohanlal whoop everyone's ass. The movie is most likely to release on September 2nd. 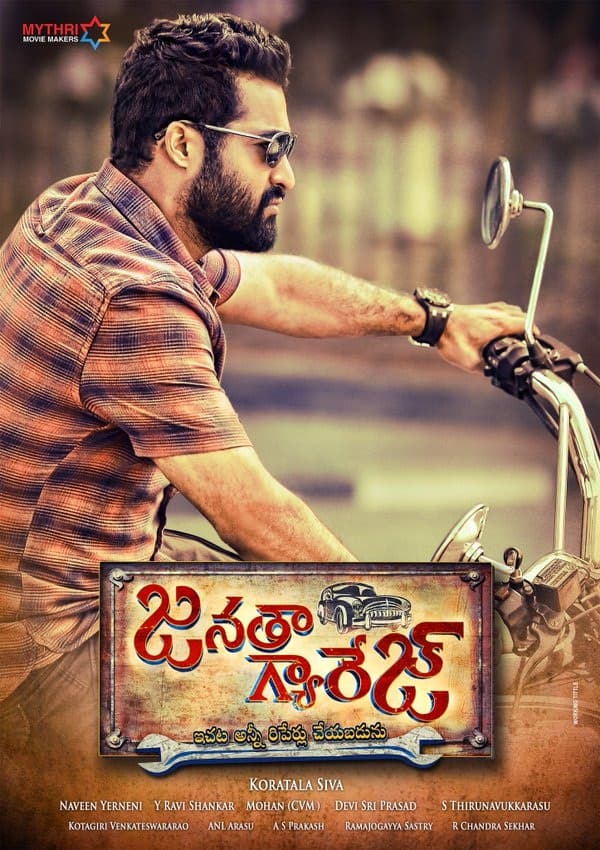 Iru Mugan
Release date: 9th September (tentative)
After the release of the trailer today, we are hell excited for the movie starring Chiyaan Vikram, Nayanthara and Nithya Menen. It shows Vikram in two contrasting roles-One the hero and the other the villain! So, Vikram and Vikram to have serious takkar! Of course, we can't forget Nayanthara and Nithya Mene who are looking absolutely gorgeous in the movie. The trailer has majorly upped our excitement but we will have to wait till September 9th to watch the movie. 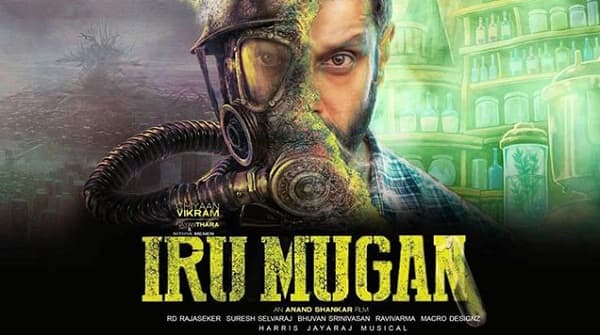 Oppam
Release date: Expected in September 2016
So the Oppam trailer starring Mohanlal released in Kerala along with Kabali. He plays a visually challenged character who gets involved in a crime and then begins to sense the criminal lurking around him. With this movie, the Priyadarshini-Mohanlal duo are back with this thriller. The movie doesn't have a confirmed release date but it's all set to hit theatres in September around the time of Onam. Remo
release date: 7th October 2016
Remo starring Siva Karthikeyan will have the actor play a female nurse. What we aren't sure is, whether Karthikeyan will be playing a man disguised as a woman or a transgender. He will star opposite Keerthy Suresh. The music has already created a stir for its groovy, catchy tunes. This comedy is all set to release on October 7! 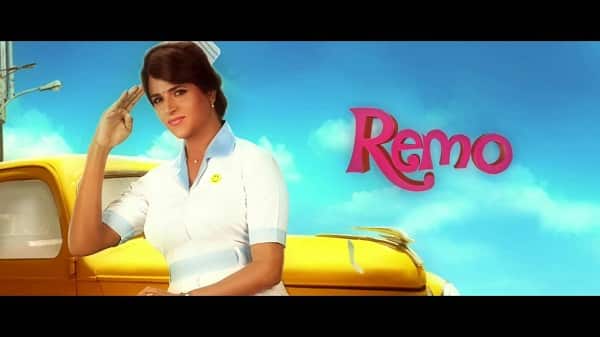 Dhruva
Release date: Not confirmed but expected to release in October
This movie is the remake of the Tamil movie Thani Oruvan. It stars Ram Charan, Rakul Preet, Aravind Swamy and Navdeep Singh. Ram Charan will be playing a cop in the movie. His makeover for the film has been highly appreciated by fans. He's looking lean, mean and sexy. The movie is directed by Surender Reddy. They have already wrapped the first schedule of the film in Kashmir. In his first live session on Facebook, Ram Charan revealed that the teaser will be out on 15th August and and that the movie might see an October release.

Kaatru Veliyidal
Release date: 12th December 2016 9 (tentative)
This movie starring Aditi Rao Hydari and Karthi has created immense excitement! After so long, Mani Ratnam is back to doing what he does best-directing a love story. Karthi will be playing a pilot while aditi will be playing his love interest. The first look definitely created crazy curiosity and got everyone eager for the film. The team ahs already wrapped its first schedule in OOTY and now are set to begin its second schedule. As of now the movie is set to release on December 12th 2016. 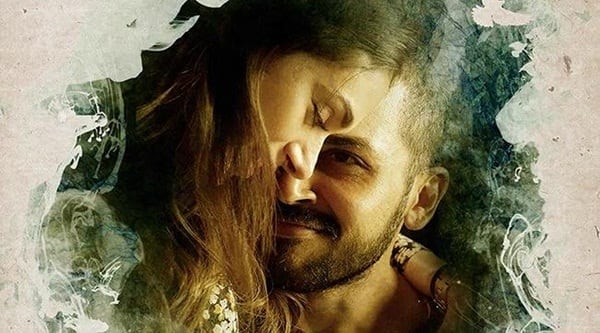 Oozham
Release date: Not out but expected to release in September 2016
The trailer of Oozham was released along with Mammooty's Kasaba. Directed by Jeetu Jospeh of Drishyam fame. The movie is yet another trailer that talks about revenge, time and memories. The racy, fast-paced trailer promises to be engrossing thriller. The movie is all set to release in September 2016. 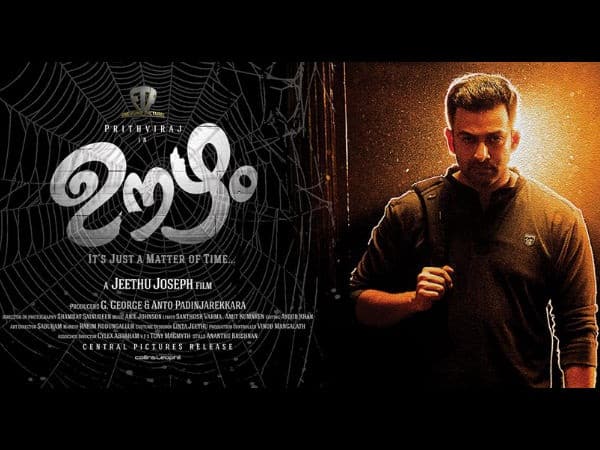 Devi(L)/Abhinetri
Release date: Not out but expected to release in September 2016
The comedy horror starring Prabhu Dheva and Tamannaah Bhatia is turning out to more intriguing than expected. It's because both teaser so far have shown Prabhu Dheva and Tamannaah pull off some killer dance moves! The movie also stars Amy Jackson and Sonu Sood. We are wondering what the horror element will be like. As of now, the movie is set to have a September release. 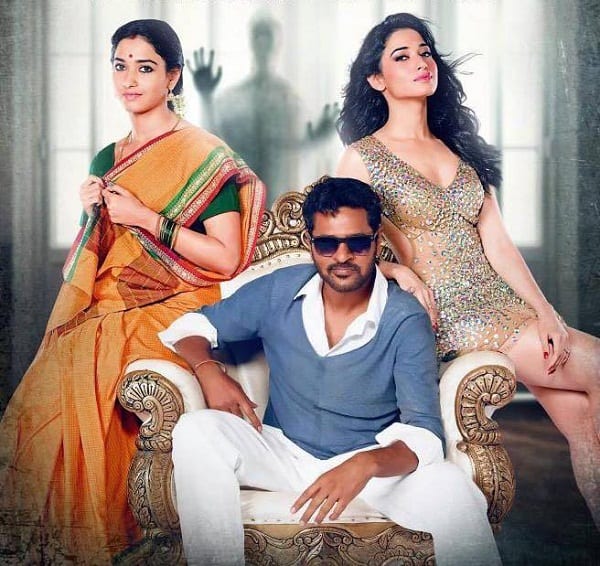 Vishwaroopam 2
release date: 28th October 2016 (tentative)
After being delayed due to unavoidable circumstances, the sequel to one of the most popular films is finally set to release in October 2016. The movie stars Rahul Bose, Pooja Kumar and Andrea Jeremiah. While the first one was shot in the States, the sequel was shot in India. 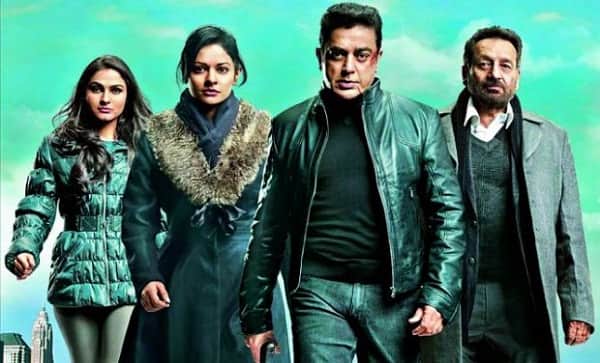