Thor Love And Thunder: Did Ajay Devgn take a dig at Chris Hemsworth for recreating his iconic bike stunt? 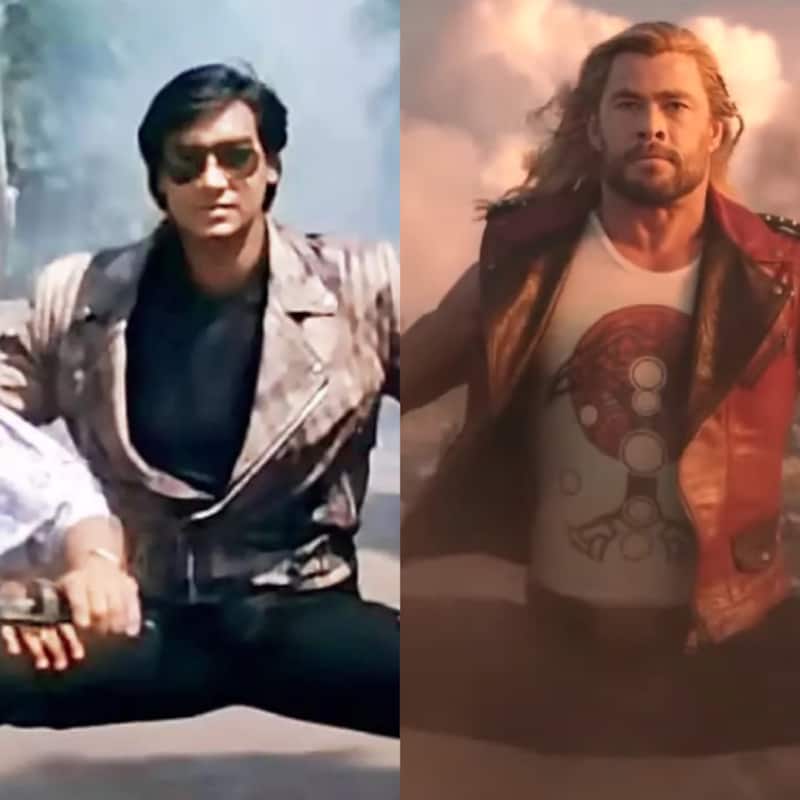 Everyone is super excited for Chris Hemsworth's Thor: Love and Thunder. But did you know that the film had a Bollywood connect? In the teaser, Chris can be seen doing a split leg stunt just like Ajay Devgn had done in Phool Aur Kante while he balanced on two bikes. The video sparked a meme fest on social media. Netizens could not stop drawing comparisons and even called Chris Hemsworth as 'Hollywood Ka Ajay Devgn'. Well, the Bollywood actor himself has responded to one of the posts talking about his iconic bike stunt. Also Read - Shehnaaz Gill to Arjit Singh: Celebs who went from being in Salman Khan's good books to bad

A netizen shared a picture of a samosa balancing on two glasses of tea and that compelled Ajay Devgn to respond. He tweeted, "This stunt is safe enough for everyone to try at home." Well, a lot of conjectures are being made that Ajay Devgn took an indirect dig at Chris Hemsworth with this post. But, well, the fans of Ajay Devgn would know that he has a great sense of humour and nothing of this sort seems to be the intention behind the harmless tweet. What say? Also Read - Anupamaa: Rupali Ganguly takes Mumbai Metro to beat the traffic; shares videos of her cute co-passengers [View Posts]

This stunt is safe enough for everyone to try at home ;) https://t.co/mPpcebb3uT

Meanwhile to add some comedy to the dull Thursday, here's looking at some of the memes over Chris Hemsworth 'copying' Ajay Devgn's stunt. Also Read - Independence Day 2022: Nakuul Mehta, Dipika Kakar, Varun Sood and other TV celebs whose parents served in the Armed Forces

thor turned out to be an ajay devgn fan lmao #ThorLoveAndThunder #Thor pic.twitter.com/Pi5SCYnKPw

#Thor @chrishemsworth is sure fan of #AjayDevgn ?

Lol, what do you have to say about this Bollywood meeting Hollywood in Thor? Tweet to us and let us know.