Thor: Ragnarok is a must watch this weekend. 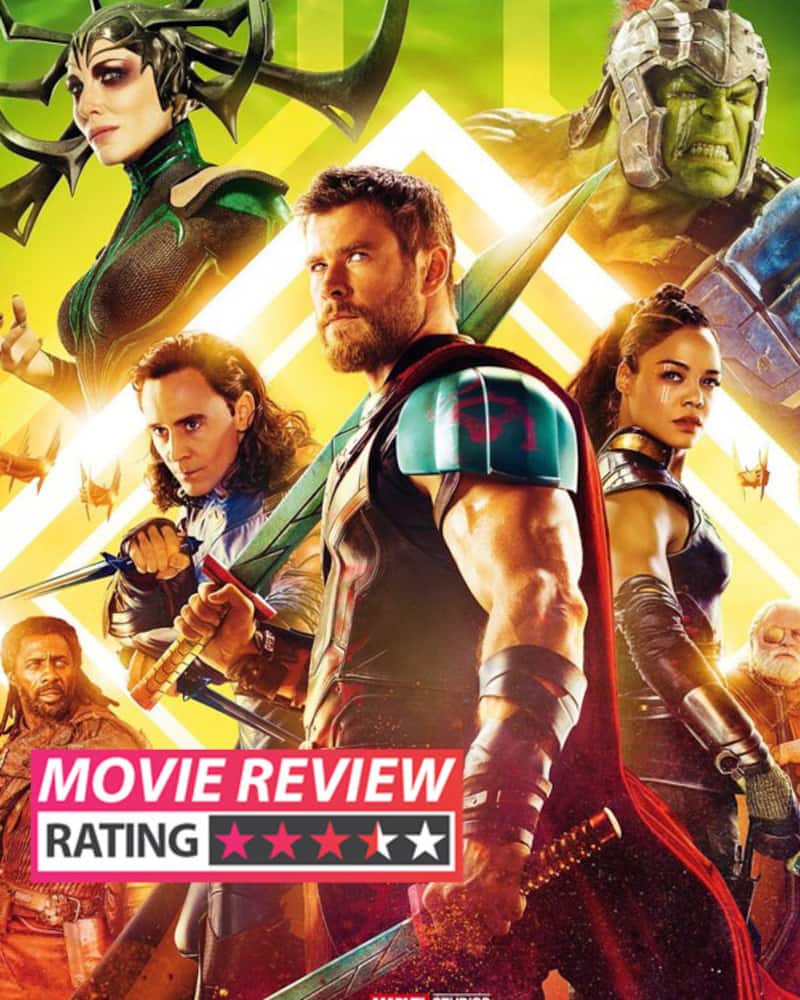 After Guardians of the Galaxy Vol II and Spider-Man: Homecoming, Marvel and Disney give us the third superhero movie of the year in Thor: Ragnarok. Directed by the New Zealand filmmaker, Taika Waititi, the movie is the third Thor-centric movie with Chris Hemsworth returning as the dishy God of Thunder. Along with him returns Tom Hiddleston, Idris Elba, and Mark Ruffalo. Cate Blanchett plays the main antagonist, while Tessa Thompson and Jeff Goldblum are seen in important roles. Here's our review of Thor: Ragnarok. Also Read - Chris Evans aka Captain America is the 'sexiest man alive' 2022; here are men who won the title in the last 10 years [Watch Video]

After the events of Avengers: Age of Ultron, Thor (Chris Hemsworth) is on a mission to find out the meaning behind the visions that he had been seeing in the previous movie. During his encounter with the fire demon Surtur, Thor learns about Ragnarok, an event that could destroy Asgard and the rest of the realms. When he goes on to inform his father Odin (Anthony Hopkins) in Asgard, he realises about Loki's (Tom Hiddleston) deception and that the real Odin is now on Earth. Both the brothers go to Earth where they meet their father, who informs them of the existence of their elder sister Hela (Cate Blanchett), the Goddess of Death. Hela appears and destroys Thor's hammer, while getting access to Asgard, where she rules using death and mayhem. Meanwhile, Thors lands on Sakaar, where he gets captured by Valkyrie (Tessa Thompson) and made to fight against the Hulk (Mark Ruffalo) as a gladiator by the Grandmaster (Jeff Goldblum). How Thor manages to escape from Sakaar and stop Hela and the Ragnarok is what the rest of the movie is all about. Also Read - Trending South News Today: Ponniyin Selvan actress Trisha Krishnan's BTS pictures go VIRAL, Chris Hemsworth to have a cameo in Mahesh Babu's film and more

Is Thor: Ragnarok the funniest Marvel movie ever made? Most probably, it is! If you are familiar with the director Taika Waititi's works (What We Do in the Shadows, Hunt for the Wilderpeople), you really know that the man has a flair for quirky humour. Thor: Ragnarok is abundant with his comic gems, right from the first scene where Thor takes on Surtur. The jokes continue to flow on as the runtime proceeds, with nearly every major character getting their fair share of laughs. However, if you ask me for the funniest, I would go with Korg (voiced and motion-captured by the director himself), a gladiator whom Thor befriends in Sakaar and the Grandmaster. While his previous movies were all small indie projects, Thor: Ragnarok is Waititi's first biggie but the maverick director shows none of the nervousness of handling such a huge project. In fact, like many have already claimed, this is the best of all the three Thor-centric movies (not that the predecessors have set any high benchmark). But what we have to admire about Waitati, apart from his humour, is that his eye for visuals is brilliant. I mean, there is some breathtaking VFX at work here, as well as some gorgeous shots. The first scene that comes to my mind, as an example, is the flashback scene where Valkyrie and her army takes on Hela on winged horses. It feels like a painting come alive. The action choreography is good, with the standout scene being the one where Hela single-handedly defeats an Asgardian army.

All the actors are in fine form here. Chris Hemsworth's comic timing is improving with every movie, and thankfully, here, he is not stuck with a lame romantic track, thereby offering his character a lot more room to grow. Tom Hiddleston is fantastic as always, playing his slithery act again with perfection. Mark Ruffalo is funny both as the Hulk and Banner, with both identities now trying to get hold of his consciousness. Tessa Thompson is fabulous as the fallen warrior with a penchant for quips and alcohol. Cate Blanchett's deliciously evil turn is up with the best of Marvel villains. However, the MVP happens to be Jeff Goldblum's hilariously atrocious, Grandmaster. Along with Korg, he is definitely the most entertaining part of the whole movie. Also watch out for certain star cameos, including a returning Avenger, an A-list Hollywood star and a Jurassic Park alumnus.

While I believe many would agree that Thor: Ragnarok could be the funniest movie in the MCU, too much humour certainly has its repercussions. Ragnarok means the end of worlds when it comes to Marvel comics, and an event with such huge consequences needs to have a certain amount of seriousness, which the humour denies. Sure there are enough deaths, but you don't really feel the ramifications of these tragic demises. Some of the major Thor characters are killed without any kind of buildup around them, and there is no mention of these later on in the movie. Another major character from the previous Thor movies (as well as a potential love interest for him) is completely ignored, making us wonder where in the 'Blindspot' is she! The character of Hela makes for an awesome villain but the movie is rather interested in Thor and Hulk's comic-capades in Sakaar rather than making her a dangerous foe to be feared. A gifted actor like Karl Urban is saddled with a poorly-written character whose arc is predictable to the core. It also doesn't help that War of The Planet of the Apes has a similar subplot which it did infinitely better.

Last of all, I think it is high time the MCU executives need to re-look at how they are using humour to cover up lack of strength in the script. While Thor: Ragnarok is surely a fun movie, script-wise it isn't among the best products MCU had given us. As the movie moves into the third act, we can really feel the fatigue seeping into the narrative. With Guardians of the Galaxy Vol II and Spider-Man: Homecoming also having the same issues, it is high time the makers look at strengthening their scripts rather than just make us laugh.

Thor: Ragnarok is definitely one of the most gorgeous-looking and as well the funniest Marvel movie till date. Chris Hemsworth's charming performance, a really strong supporting cast and Taika Waititi's confident direction make for one entertaining superhero movie with dollops of humour. Also make sure you catch the post-credit scenes, as one of them hints about a very big movie that will come out next year.