Thor: Ragnarok teaser trailer: Thor battles Hulk as Cate Blanchett shows off her badass side in this exciting promo

Thor: Ragnarok is set to release in India in November 2017 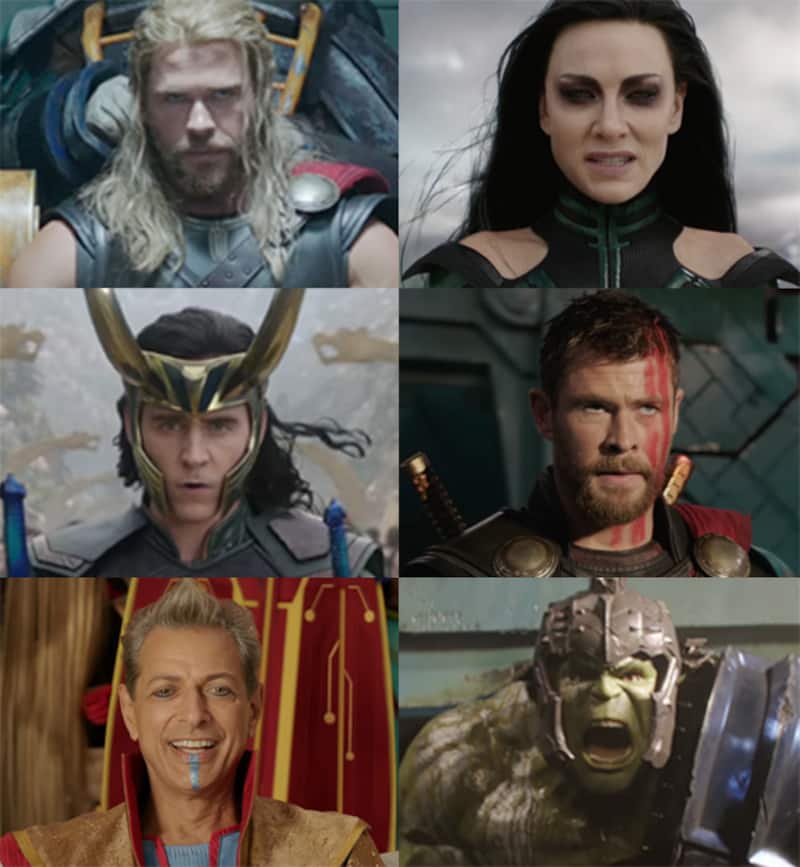 November just got exciting for all superhero movie lovers. Just a couple of weeks back, we saw the superb teaser for Justice League, which made DC fans all so excited and Marvel fans worried (Spider-Man: Homecoming trailer was good, but not brilliant). But then it came. As a surprise to all Marvel fans, MCU released the first official teaser for Thor: Ragnarok, and my God! What a trailer it turns out to be! Also Read - Before Thor Love and Thunder, Avengers Endgame, Jungle Book and THESE 30 more Hollywood movies set the box office on FIRE in India

In the entire filmography of Marvel Cinematic Universe, both the Thor movies (along with The Incredible Hulk) are considered the weaker links in the franchise. But if you go by the new teaser for the third movie, here we have a movie that will rectify all the past sins and make Thor the most badass property in town. The trailer has all the ingredients to make it a winner among the fans - exciting moments, new interesting characters, a fantastic background score and a badass villain. Yes, after Loki, we hopefully are in the luck of a seeing a really badass villain in Cate Blanchett's Hela, who in one terrific scene, destroys Thor's hammer Mjolnir with just her hand. And she is not the only new interesting character. There is Tessa Thompson's Valkyrie who captures Thor, but could turn out to be a future love interest. There is the always awesome Jeff Goldblum, who plays the regal Grandmaster, who arranges gladiator matches for his entertainment. You will also notice Karl Urban's Skurge the Executioner in one scene shooting off enemies. Also Read - Hollywood News Weekly Rewind: Amber Heard files motion to dismiss Johnny Depp's defamation trial verdict; Ajay Devgn take a dig at Chris Hemsworth and more

Among the returning characters, we finally get to see Tom Hiddleston as Loki after a long time, though the trailer shows very little of him. Towards the end of the trailer, we see him in league with Grandmaster, though we are not sure if he is aware Thor is made as a gladiator. Idris Elba is also seen attacking villains and looking concerned. Chris Hemsworth is, as always, looking to show off his rugged as well showing off his comic side, especially in the money shot towards the end of the teaser, when he has to fight none other than the Hulk. He also gets to wear Thor's iconic helmet for the first time. Taika Waititi, the acclaimed director of black comedies like What We Do In The Shadows and Hunt for the Wilderpeople, is helming this one, and he uses his skills of applying dark humour well to the trailer. This is evident in the last scene, when Thor learns he has to fight his old ally, and squeals in delight, even surprising the Grandmaster, only to learn Hulk doesn't remember him. Also Read - Thor Love and Thunder: Chris Hemsworth gets MASSIVE salary hike from first movie till now; we wish all our appraisals are like his

The background score used, Led Zeppelin's Immigrant (that was also used to fantastic effect for The Girl In The Dragon Tattoo opening title sequence), is an apt choice here.

Thor: Ragnarok is set to release in India in November 2017