Throwback Thursday: From fit to flab to fit again, Chris Hemsworth is the God of transformation

Chris Hemsworth is currently a global rage and for all the right reasons. The Australian actor who is popular for his portrayal of the God of Thunder, Thor, enjoys a huge fan following all over the world. Chris’ portrayal of Thor and his out of the world humourous streak, given that he is an Asgardian, made us fall in love with him. Jokes apart, Chris’s ocean blue eyes are enough to drive any girl crazy and we must say, his wife Elsa is one lucky girl. Also Read - Avengers: Endgame actress Gwyneth Paltrow launches £46 LED mirror for the ‘clearest view’ of women’s privates

The actor is currently gearing up for his next flick, Men In Black: International in which he will play Agent H, a decorated crackerjack for the first time. He a legendary agent with a serious swagger, who once famously saved the world armed with just his wits – and his De-Atomizer. It would be a visual treat for his fans, especially female ones, to see him all suited up and with a swag level of infinity. Also Read - Avengers: Endgame actress Gwyneth Paltrow reveals the interesting backstory behind her best-selling candle brand ‘This Smells Like My Vag*na’ – watch video

And just to treat ourselves to more of his good looks, we sifted through his Instagram account. We stumbled upon this picture from 2015 when Chris was shooting for an adventure-drama, In the Heart of the Sea. He had to go through an intense physical transformation for his role in the film. Apparently, back then, he was on a strict diet and had lost a lot of weight. While this picture shows a lanky Chris, he still reminds you of his look from Avengers: Endgame as even then, he sported a rustic look with a shabby hairdo and beard with a bare body, just like he did in the recent installment of the Avengers movie. So, here’s a throwback to the times when Chris lost weight and gained it back (not really). Also Read - From Thor to Avengers Endgame: 6 Marvel movies you should watch to become Loki-ready

Chris Hemsworth reveals why he named his daughter India

Have a look at Chris’ picture when he was shooting for In the Heart of the Sea here: 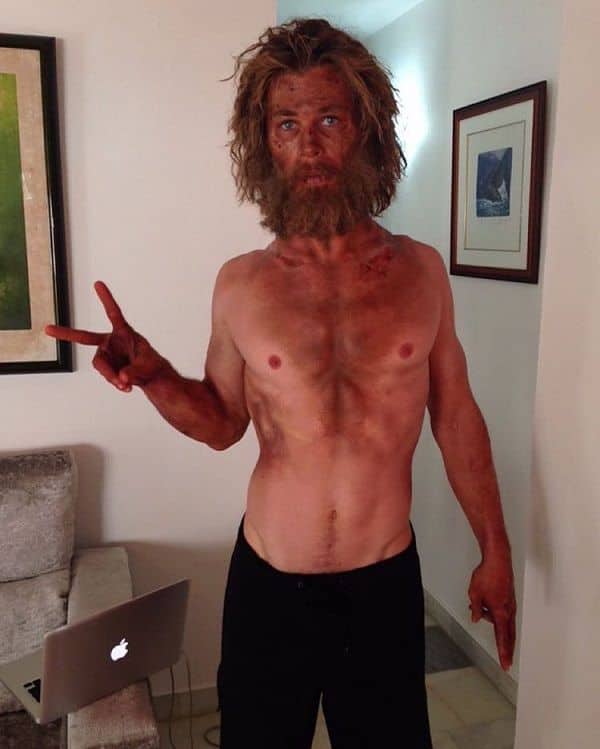 Chris Hemsworth | In The Heart of The Sea |

Now, have a look at Chris’ picture from Avengers: Endgame here: 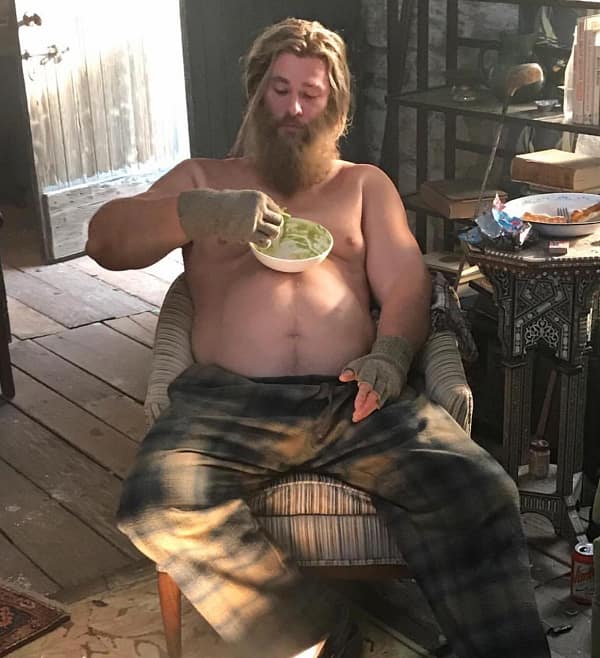 Have a look at Chris in MIB here:

@cp3 and @russwest44, we know you’re too good to be human. @tessamaethompson and I are keeping our eyes on you! ? #MIBInternational x #NBAFinals

Talking about Chris’ transformation for Thor in Endgame, the actor had used prosthetics which made him look bulkier. While we loved him, he revealed how other Avengers would cuddle him and rub his belly all the time. That’s the fun part of it. But on a serious note, it's simply marvelous on the actor’s part. The time, efforts, the energy they invest to transform for a character of the film is worth a grand salute.

Talking about MIB: International, the film is all set to hit the silver screens tomorrow. It also stars Tessa Thompson, Emma Thompson, Liam Neeson, Rebecca Ferguson, Kumail Nanjiani, Rafe Spall, and Laurent and Larry Bourgeois. The film is helmed by Felix Gary Gray, who has previously helmed films like The Italian Job and The Fate of the Furious.

Anyway, what do you think about this throwback? Let us know by tweeting to us @bollywood_life…