Thugs of Hindostan trailer: Not just Pirates of the Caribbean, Aamir Khan's character reminds us of these other Johnny Depp movies as well

Thugs of Hindostan trailer finally gave us a glimpse at this year’s most anticipated movies. The star-studded movie features Amitabh Bachchan, Aamir Khan, Katrina Kaif and Fatima Sana Shaikh in the lead roles. Over the past few days, every actor’s look was unveiled but Aamir’s look became the talk of the town because of its eerie resemblance to Johnny Depp’s Captain Jack Sparrow from Pirates of the Caribbean. While we don’t disagree with the common perception, there are many more Depp movies that cross our mind when we look at Aamir from the Thugs of Hindostan trailer.

Let’s state the obvious first: Yes, the actor does remind us of Jack Sparrow but for those who have seen a lot more of Depp than just the Pirate series can associate Aamir’s new movie look. The style and the mannerism of the actor revives the memories of the iconic roles played by the Hollywood star. Like Sparrow, Aamir’s Ameer Ali too dances drunk on tables and gets slapped by women. Also Read - 20 Years of Lagaan: Did you know the Oscar-nominated masterpiece changed Aamir Khan deeply? Here's how

There are scenes from the movie that has eerie similarity to Depp’s scenes from Pirates of the Caribbean. Right from standing on the ship and looking through the telescope to his British get up from the movie, there are several similarities in both the movies. Also Read - Bollywood and Baarish: Romance, fights, chiffon sarees and more – here's what actors do when it rains and it's HILARIOUS – view pics

But there are more Depp references in Thugs of Hindostan than just Captain Sparrow. If you look at the hair, Aamir’s hairdo reminds us of Depp’s Mad Hatter from Alice in Wonderland look. Depp, who is a master of disguise, is seen pulling of curly red head. Aamir has also tried to incorporate a new curly hairdo for the movie but there is hardly any difference between his new look and that of Depp’s in the movie. 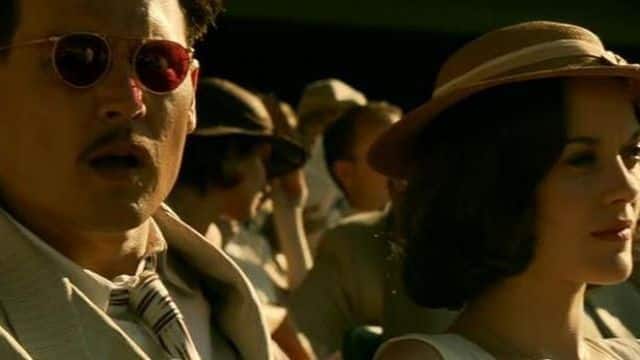 Last but not the least, his hat – avid Depp fans could associate Aamir’s hat with Willy Wonka’s hat from Charlie and the Chocolate Factory. As children, many of us grew up watching Depp bring the fictional character to life with style. Watch the trailer and let us know @bollywood_life if you spotted more similarities.

In the press meet, the actor addressed the comparisons and explained that the movie and his look draw similarities to Pirates of the Caribbean and Captain Jack Sparrow because both the movies are set in similar genre. “It is an action-adventure that is why it looks similar. The story lines are not similar,” he clarifies.

BL Verdict: Although it is a new look for Aamir to execute, it is not necessarily a fresh look for movie buffs. The actor's look reminds us of several Depp’s iconic roles and it has not impressed us. Thugs of Hindostan has blockbuster written all over it, but Aamir's look has 'copy-paste' all over it.