Thupparvaalan trailer starring Vishal is out! 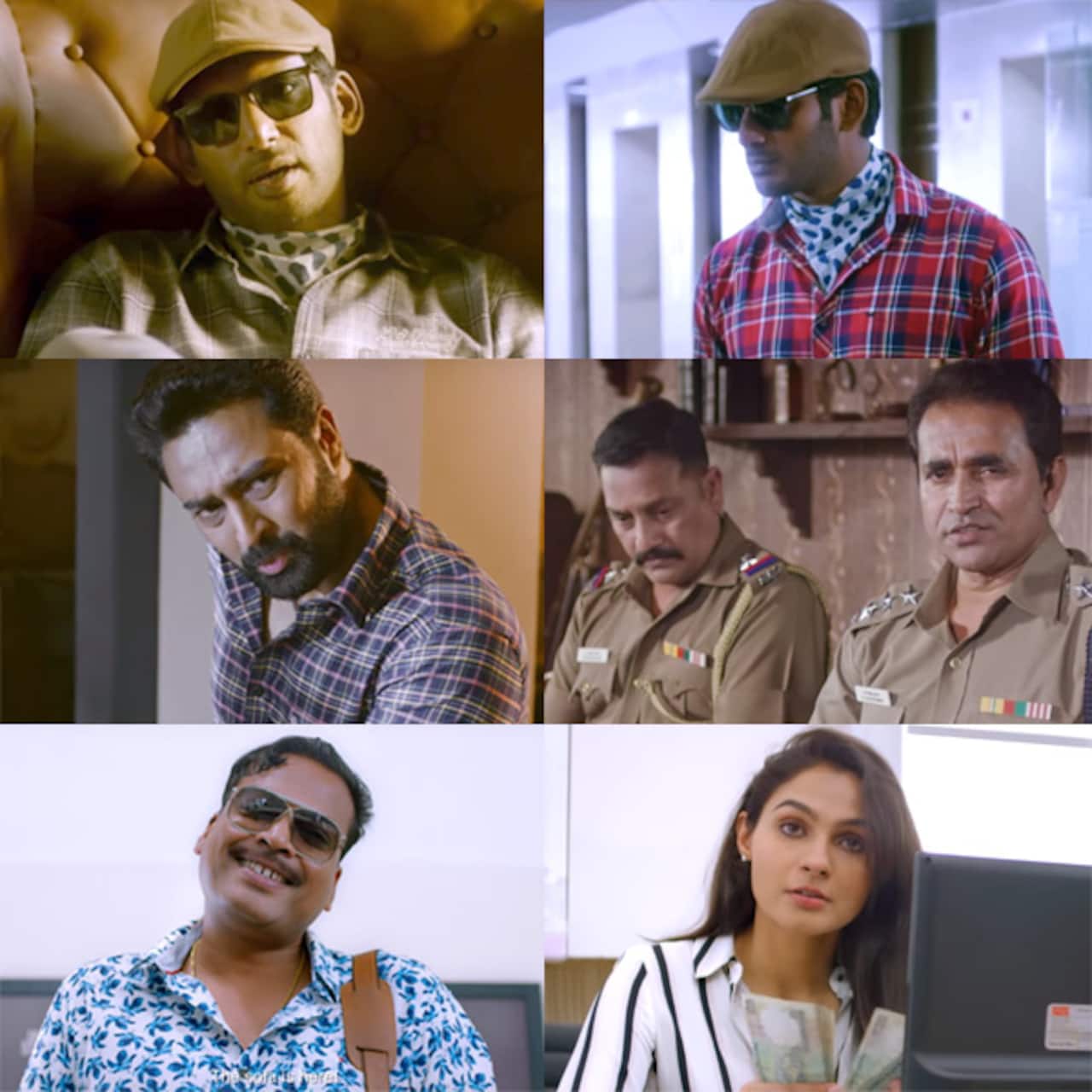 Thupparivaalan is Myskkin's next crime thriller story that stars Tamil star Vishal in the lead. After launching the teaser last month in an event attended by the cast and crew, the makers have now unveiled the trailer. It's not hard to guess that Vishal plays a detective in this movie. He is a subtle yet intense character that doesn't talk much but delivers. The fact that policemen hates him because he is always at the scene before him, speaks volumes of his ability. This role is bringing out a different side to Vishal. His restrained performance and his distinct style of dressing makes this one of Vishal's most promising characters. Looks like Thupparivaalan might just change the game for Vishal. As for the story, it promises to be an edge of the seat thriller with unexpected twists and turns. The film also stars Anu Emmanuel, Andrea Jeremiah, Prasanna, K Bhagyaraj. Also Read - Trending South News Today: Ram Charan REACTS to Naatu Naatu from RRR getting shortlisted for Oscars, Kamal Haasan quits Bigg Boss Tamil and more

"I've followed Myskkin’s body language and even used his coolers for the detective role in Thupparivaalan. Unlike my previous films, Thupparivaalan doesn’t have loud dialogues and the character itself is very subtle”, said Vishal while speaking with Sify. Vishal reveals that, a certain twenty minute sequence in the end will impress fans. Dinesh has choreographed he sequence but Mysskin reportedly drew the scene out. He actually sketched the stunt portions, revealed the actor while speaking with Sify. Also Read - Trisha Krishnan to Nayanthara: South Indian actresses and their biggest scandals that left the entire nation shocked

Vinay Rai and director Bhagyaraj will be the leading antagonists in the film. Anu Emmanuel will play a pickpocket and Andrea will also have an important role to play. Vishal is confident this film will take him too new heights and he hopes to sign many more projects with Mysskin, stated the same article. Also Read - Veerame Vaagai Soodum actor Vishal to tie the knot soon with THIS popular South actress?