Salman Khan and Katrina Kaif's peppy track from Tiger 3 will be shot at Cappadocia, which is famous for it's hot air balloon.

Salman Khan and Katrina Kaif starrer Tiger 3, that is expected to be the biggest installment of the franchise, is currently in the production stage. After Russia, the team has now been landed in Turkey and the lead actress has shared a glimpse of her dance rehearsal for fans, where she is seen learning some new steps for a peppy track with Salman. Sharing the video, Katrina wrote, “We ll find places to dance in turkey also” As per the reports, this song will be peppy track, which will be seen during the end credits of the film. It will be shot in Cappadocia and is expected to be grander than Swag Se Swagat. Also Read - From Akshay Kumar, Shilpa Shetty Kundra to Deepika Padukone: 8 Bollywood celebs who don't drink 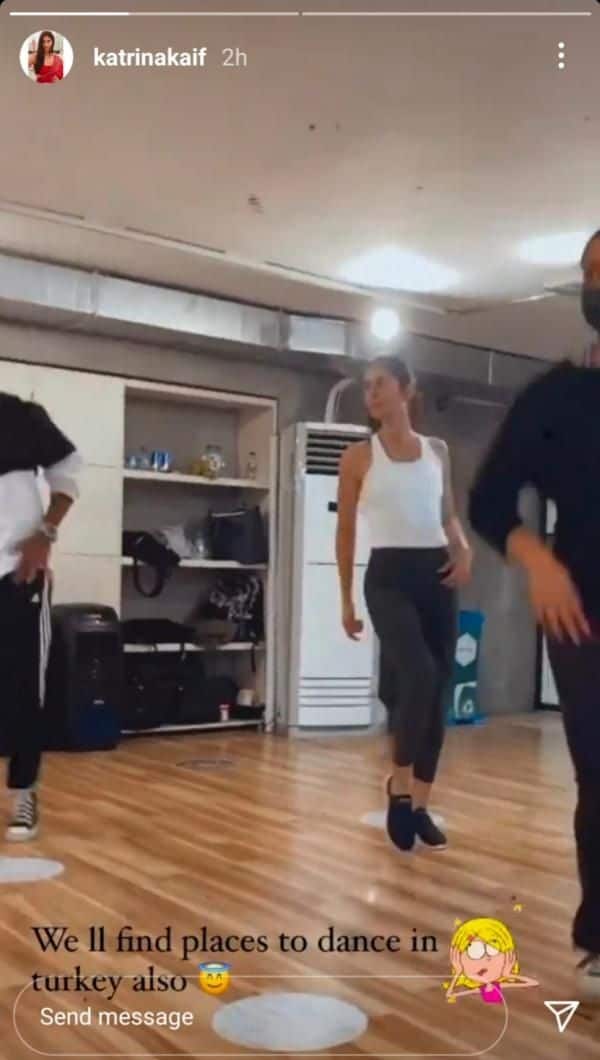 Only just the beginning!!! pic.twitter.com/d1tyTwJwp8

It is directed by Maneesh Sharma, who is known for helming films like Band Baaja Baaraat, Ladies Vs Ricky Bahl, Shuddh Desi Romance and Fan. The film also features Emraan Hashmi as the lead antagonist, who will reportedly play the character of a Pakistani ISI agent, along with Ranvir Shorey, who was also seen in the first part of the franchise. The film will be shot at multiple locations. It is produced under the banner of YRF. The budget of the film is speculated to be Rs 350 crore making it the most expensive Bollywood film ever. Reportedly, Shah Rukh Khan will also make a special appearance in the film as Pathan, where we will see the crossover of two agent films. The shoot of SRK's Pathan is simultaneously happening along with John Abraham and Deepika Padukone, which is directed by War and Bang Bang helmer Siddharth Anand. Tiger 3 will hit the screens in 2022. So, are you excited for this mega budget venture? Tweet to us @bollywood_life. Also Read - TRP Report Week 36 by ORMAX MEDIA: BIG SHOCK for Anupamaa; The Kapil Sharma Show climbs up the chart; Taarak Mehta Ka Ooltah Chashmah continues to rule the roost