Tiger Shroff shows off his brotherly love with this adorable message 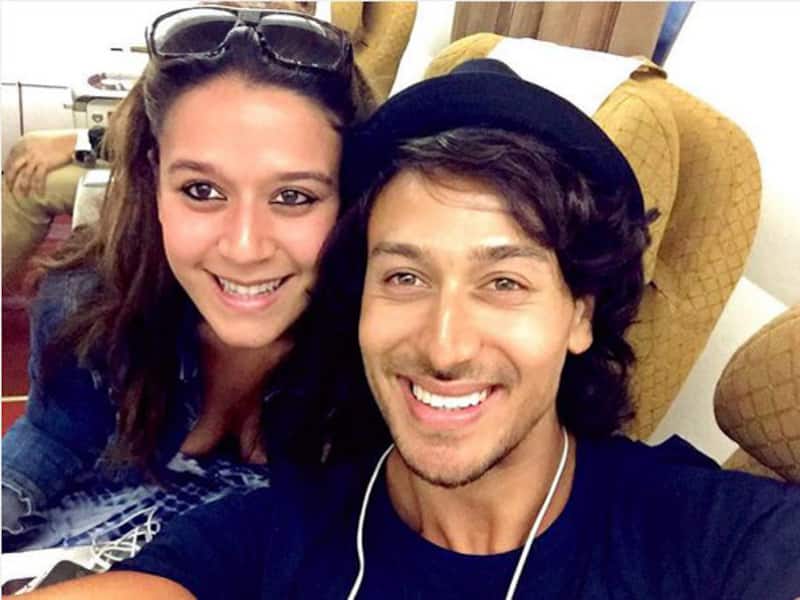 Tiger Shroff is known to push the limits when it comes to doing action scenes. Shraddha Kapoor and he recently shot for a dangerous sequence for Baaghi where the two were soaked in water for nearly half a day and never complained. Sources spoke about how the two went to great heights to can the shots perfectly. The sequence continued for two to three days and the stars remained wet all day long. The team was worried about their health but they were cool about it. Also Read - It’s AWKWARD! Disha Patani, Jackie Shroff and more celebs will take you on a laughter ride

However, Tiger Shroff posted a picture today where he wrote about how his sister was taking care of him. We know that Tiger is a mamma’s boy but hearing that his sister Krishna was taking care of him was so sweet. The two look stunning together in the picture. Many had expected Krishna to make her Bollywood film debut quite soon but she is keen to get behind the camera rather than face it. Recently, she posted some topless pictures of her that went viral. Also Read - Koffee with Karan 7 trailer: Ranveer Singh shares s*x playlist, Samantha Ruth Prabhu blames Karan Johar for unhappy marriages and more

We are sure that Tiger, Shraddha Kapoor and Krishna must have had a blast if they were together on the locale. They are childhood buddies and love to catch up whenever possible. And for Tiger, it must have been comforting to have his sister around. Parents Jackie and Ayesha Shroff must have felt at ease as well. Also Read - Jawan MAJOR UPDATE: Shah Rukh Khan to play DOUBLE ROLE in Atlee film; Deepika Padukone, Nayanthara both set to romance SRK?

From the picture we can make out that the two make for a very good-looking brother-sister pair. It would be great to see them together in a film. They could star as brother-sister or perhaps friends in a rom-com. Whatever, this picture has stirred our desire to see the two together on screen.

Check out the link below

Beaten broken tired but still alive because of my baby sis taking care of me! coming home mummyyyy!… https://t.co/VoYGmXr0fP