Will his son Tiger Shroff too follow his footsteps and explore regional cinema? 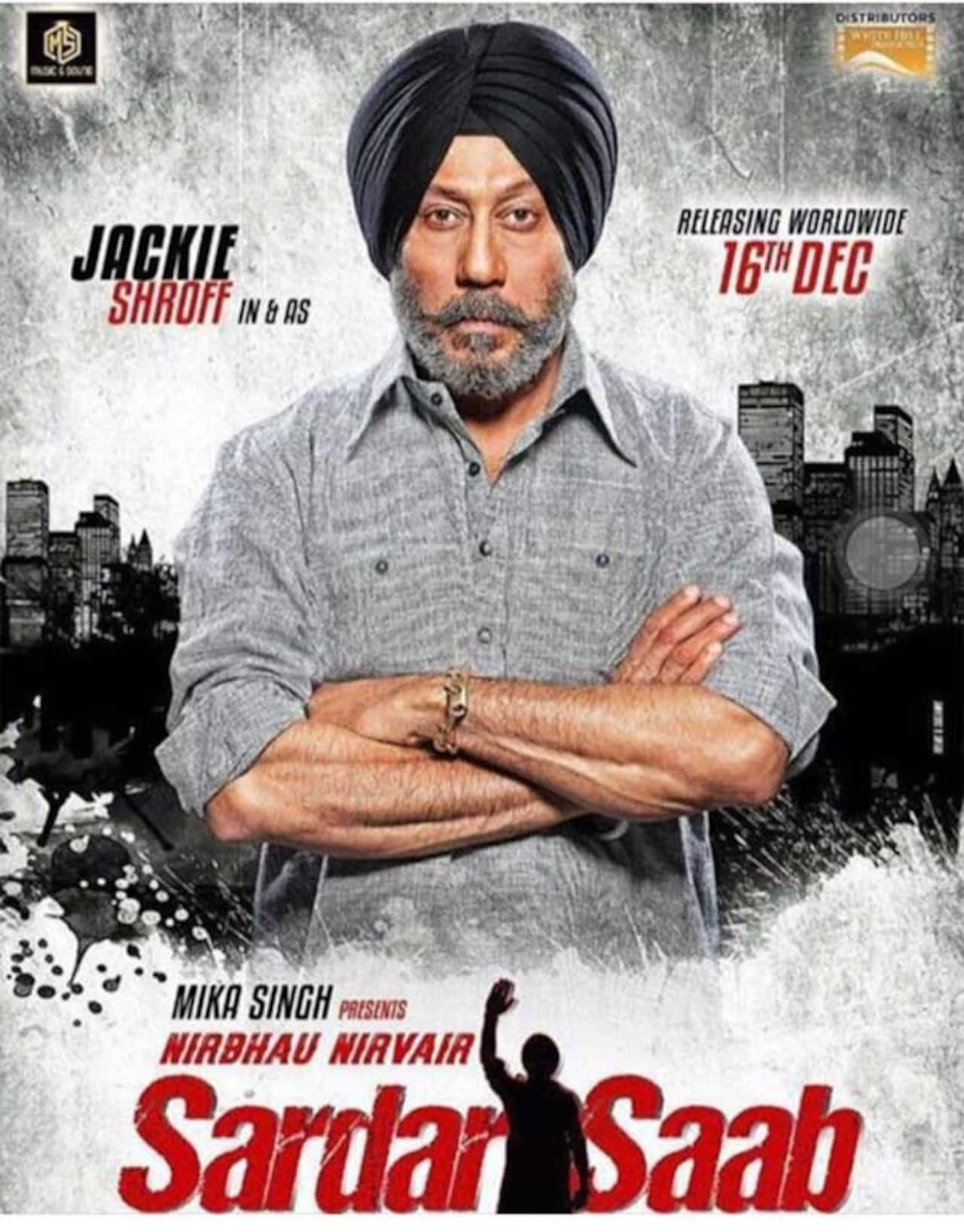 Lately a lot of Bollywood actors are opting for regional cinema. Take for instance Rajkummar Rao who will be playing a eunuch in a Bengali film. And now it’s Jackie Shroff who will be seen in a Punjabi movie. This isn’t the first time when Jaggu Dada will be doing a Punjabi movie. There have been several Punjabi movies he’s done in the past but his role in Sardar Saab, his upcoming movie, looks like an unusual one. The first poster of Jackie’s Punjabi film Sardar Saab was released. He’s wearing a crisp grey coloured shirt and the poster shows him wearing a turban that usually the Sikhs wear and a salt and pepper beard. He is even wearing the kada that Punjabis usually wear. His intense look on the poster gives us a glimpse of what his character in the film would be like. ‘Jackie Shroff in and as Sardar Saab,’ says the poster. "I play a Sardar role of a leader of truck driver union in the Punjabi film," Jackie had said in an interview. Also Read - Rakhi Sawant's mom Jaya Bheda dies due to endometrial cancer; Jackie Shroff, Rashami Desai, Aly Goni and more celebs offer condolences

Ayesha Shroff keeps a tab on her son Tiger Shroff and keeps sharing interesting scoops about him on Twitter. Not just that, from the box office collections of his movies to their pictures together, Ayesha also decided to do the same for her hubby and shared Jackie’s Punjabi movie poster with lot of love literally! What’s interesting is that the film will also star Juhi Chawla alongside Jackie. We have seen them work in a couple of Bollywood movies together but this is the first time they will share the screen space for a Punjabi film. Apart from Hindi movies, Jackie has acted in Bengali, Punjabi, Malayalam, Marathi films too. And he will also be seen in a Konkani film now. Also Read - Athiya Shetty-KL Rahul wedding: An apartment worth Rs 50 crore to fancy cars - Here's what Suniel Shetty, Salman Khan and others gifted the newlyweds

ALSO READ: Did you know Jackie Shroff had turned into a superhero for Shiva Ka Insaaf like Tiger Shroff in A Flying Jatt?

Will his son Tiger Shroff too follow his footsteps and explore regional cinema? Well, we think he should just plainly focus on his Bollywood career now.. What do you guys think? Tell us below!