Tiger Zinda Hai, 1921- Movies that are braving the Padmaavat storm at the box office 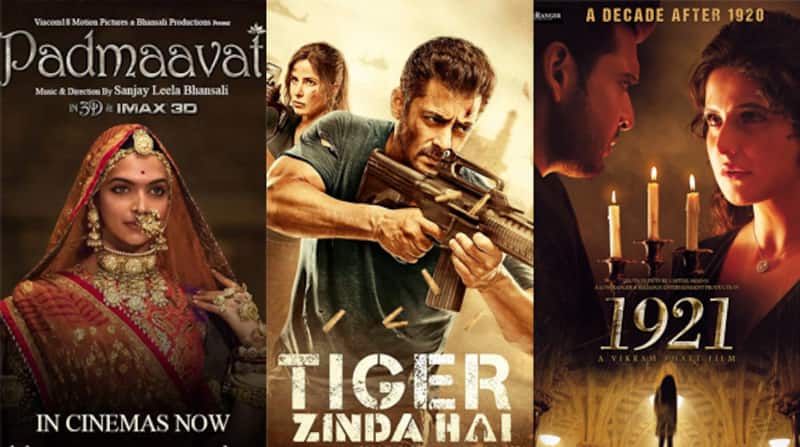 Padmaavat is getting bigger by the second at the box office. That can make many assume that many films will beat the dust in its wake. But that's not the case at all. There are two films which are running at the box office unabated, despite a gigantic film like Sanjay Leela Bhansali's epic taking the maximum screen share. Guess audience is still not done enjoying them. One of them is Salman Khan's Tiger Zinda Hai and another is a horror fest called 1921. Vikram Bhatt and Alia Abbas Zafar have proved their films can be watched again and again. Also Read - Trending South News Today: Pushpa 2 gets a new cast member; Hansika Motwani mehendi ceremony and more

Tiger Zinda Hai released in Christmas last year and did exactly what it was supposed to do, create history. Salman Khan's return as an undercover spy along with his love Zoya Katrina Kaif was lapped up by the audience the minute it released. After a long time, box office was alive again with the film earning truckloads of money. It became yet another Rs 300 crore film making the industry cash rich, finally! As for 1921, the film belongs to a genre which more often than once has worked with the masses. Two other films had released alongside 1921, Kaalakaandi and Mukkabaaz, but both of them were gone without a trace. But the horror fest persisted. Despite a mammoth release like Padmaavat, it is still earning good money.

Check out the latest numbers of both the films right here... Also Read - Phone Bhoot actress Katrina Kaif reveals about her dream role; is it the Brahmastra success effect?

It will be interesting to see how far these two can continue because Padmaavat is on a record breaking spree. It will easily touch the Rs 200 crore mark in next few days and then yet another biggie will release at the box office, Pad Man.