With the end of Dream Tour and the start of Lakme Fashion Week, our Instagram has been loaded with great pictures and it becomes difficult for us to choose best out of them

The week kept us hooked on these celebs' Instagram accounts

This week was filled with celebs making fashionable statements, be it at the ongoing Lakme Fashion Week or with the throwback pictures from the Dream Tour. The latter which comprised of Sidharth Malhotra, Katrina Kaif, Alia Bhatt etc has come to an end and now since the stars are free from their super packed schedules, they are slowly uploading unseen pictures from the tour. With the end of The Dream Tour, we saw the beginning of Lakme Fashion Week that could easily fill the tour’s shoe in terms of fashionable outings.
Shah Rukh too made headlines this week after featuring in Top 10 highest earning actors list by Forbes. The actor who is currently in Prague shooting for Imtiaz Ali’s next is making us jealous each day by posting his hot pics from the location. Sometimes we wonder if these stars purposely upload such irresistible pictures of themselves that make us go ga ga over them. Right from Sidharth and Katrina’s open PDA to Sonam’s traditional look, we bring to you a list of seven top Instragrammers this week. Check them out and let us know whom do you think rocked the Instagram more than anyone else this week. Also Read - From Vijay Deverakonda to Rashmika Mandanna: THESE South biggies are set to amaze the B-Town audience with their Bollywood debuts 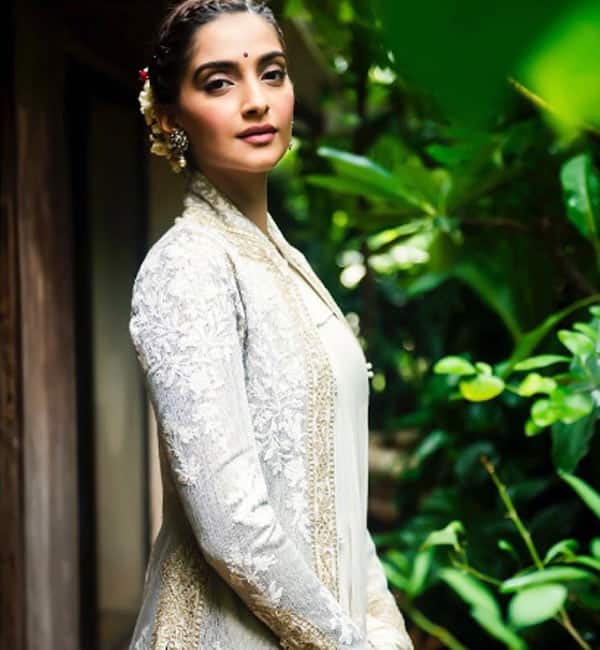 Who else can do justice to this Rohit Bal piece if not Sonam? The answer is no one. The diva not only reminded us of her Prem Ratan Dhan Payo look but also reminded us that she can carry of an Indian ensemble with equal grace just the way she does for her western outfits. Sonam is one among the few actresses in the industry who can carry of any garment with same zeal and confidence. Also Read - Rhea Chakraborty, Alia Bhatt, Disha Parmar and more celebs from Bollywood and Television industry were trolled this week – find out why 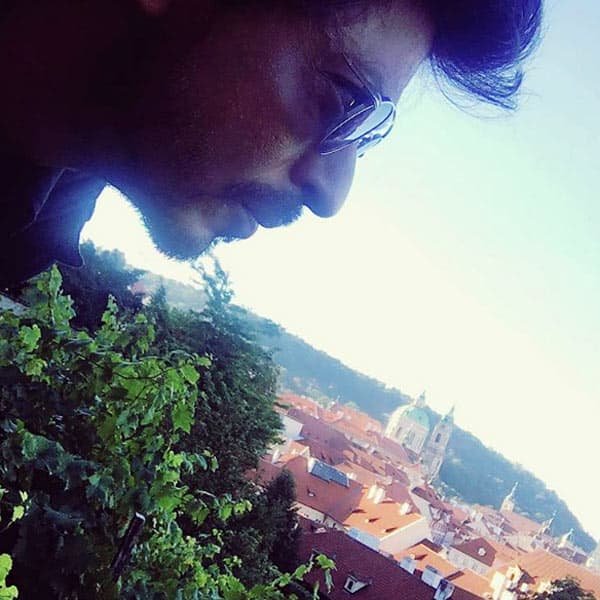 The superstar who is currently shooting for Imtiaz’s next in Prague keeps posting his hot pictures from the sets that have the full ability to swipe anyone of their feet. This charming actor is flaunting Prague like no one else but sorry SRK, we are least interested in the locale if you are anywhere in the frame. Who would like seeing Prague when you have someone like Shah Rukh in the same picture? Not me definitely. 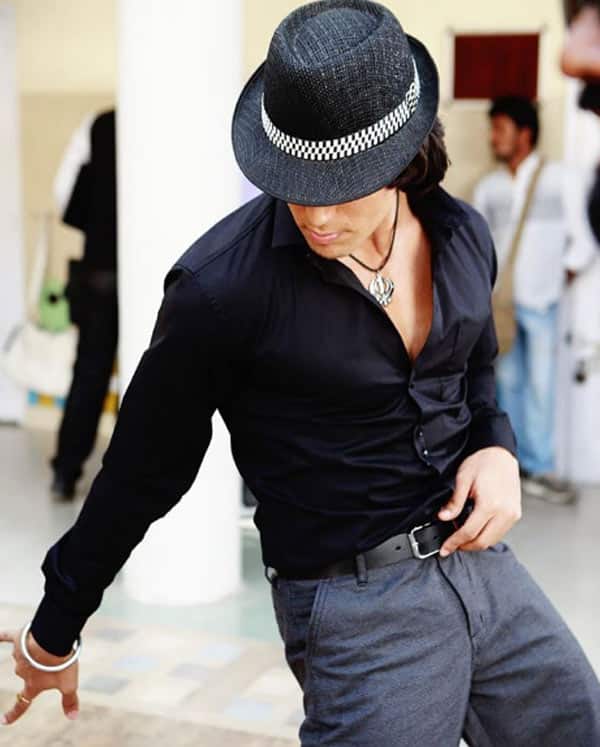 Post A Flying Jatt, Tiger will be next seen in his Baaghi director’s movie Munna Michael. As the name suggest the movie might have Tiger as a reel life fan of ace dancer Michael Jackson. Not just reel life, Tiger worships him in real life as well. Isn’t that evident from his dance moves in all his movies? This picture posted by actor was to give us a glimpse about his this movie and well, Tiger you do look HOT in this

Alia is back from her Dream Team and will soon start shooting for her next Badrinath Ki Dulhania with Varun Dhawan. Now that she’s back, Alia seems to be missing her Dream Tour days and marvellous performances. That is the reason why she must have posted this throwback picture from her tour days. You can see Alia on stage performing with her co dancers and looking at the picture, it will hint you about the amazing time these stars had during their performances across various cities of US. 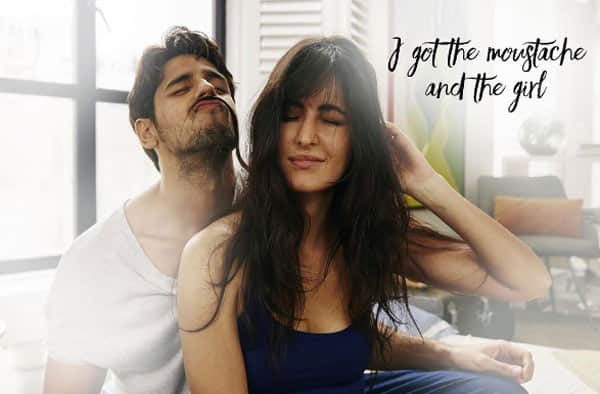 Ahem! No nothing is cooking between these co stars. This is a mere still from Sid- Kat starrer Baar Baar Dekho. The makers of this movie have thought of an innovative way to promote their upcoming release. There are more such adorable pictures uploaded in the past and more are on it’s way. Till the time new ones arrive, satisfy yourself with these ones. 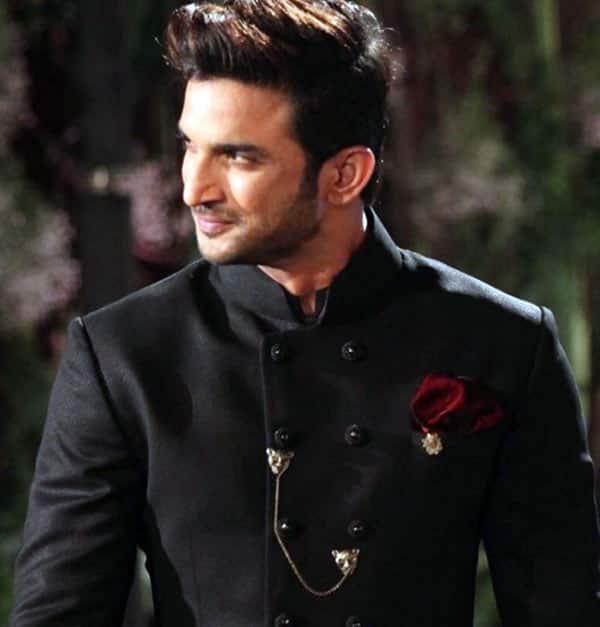 Sushant Singh Rajput walked the ramp for Bollywood’s ace designer Manish Malhotra at the ongoing Lakme Fashion Week. The collection that was inspired by virtual reality was well carried by this M S Dhoni star and he did look royal. Should we give credit to Sushant’s personality or Manish’s design, we are a bit confused. You guys make your decision and let us know. 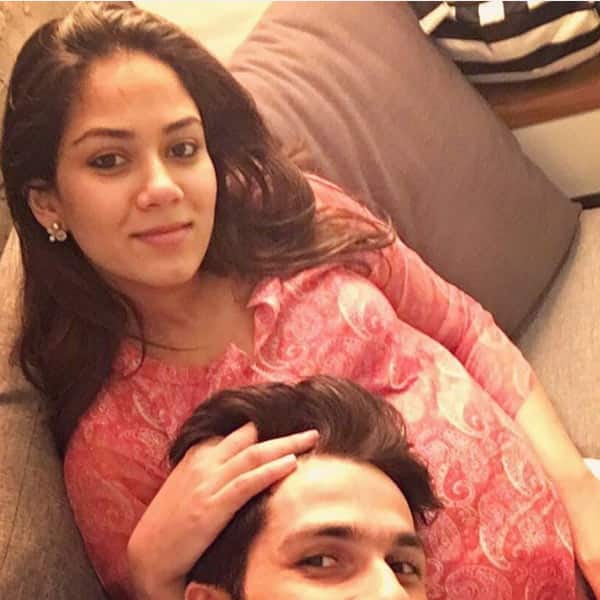 Yay! Shahid Kapoor welcomed a baby girl and blessings have been pouring on this couple already. Before Mira delivered her baby, Shahid posted this cute picture of his wifey with a prominent baby bump. The duo who is one of our favourite couples in Bollywood, has a new reason to enjoy and we want them to enjoy every single second of it. On that note, we would like to wish this couple a heartiest congratulation for the little girl who has entered their life.