India has always prided itself on its hockey skills. But we missed out on a medal in the Olympics for 41 years. Today, the men's hockey team has written history. We have brought home a bronze medal after 41 years. The whole nation is very proud of the boys. Shah Rukh Khan was one of the first celebs to congratulate our boys. He said that he was immensely proud seeing the kind of resilience they displayed. As we know, he is a keen sports enthusiast and has given its sports anthem in Chak De India! Other celebs like Abhishek Bachchan, Gurmeet Choudhary, Tiger Shroff, Sidharth Malhotra also sent congratulatory notes to the boys. Also Read - SHOCKING! Farhan Akhtar reveals he gets abuses and requests from Shah Rukh Khan fans – find out why

Wow!! Indian Men’s Hockey Team Congratulations. Resilience and skill at its peak. What an exciting match.

So proud of #teamIndia for showing exemplary fighting spirit and bringing in our 4th medal .. super stuff. #Tokyo2020 #Hockey

Once upon a time in Tokyo after 41 years! Hearty congratulations to Indian Men’s Hockey Team for bringing home the medal.@TheHockeyIndia #Tokyo2020 #TokyoOlympics #hockeyindia #Bronze

All of us right now ??
Congratulations to the Indian Men’s Hockey team on this momentous victory! #ChakDeIndia | #Hockey | #Tokyo2020 | #Olympics pic.twitter.com/0e2wKZS7SX 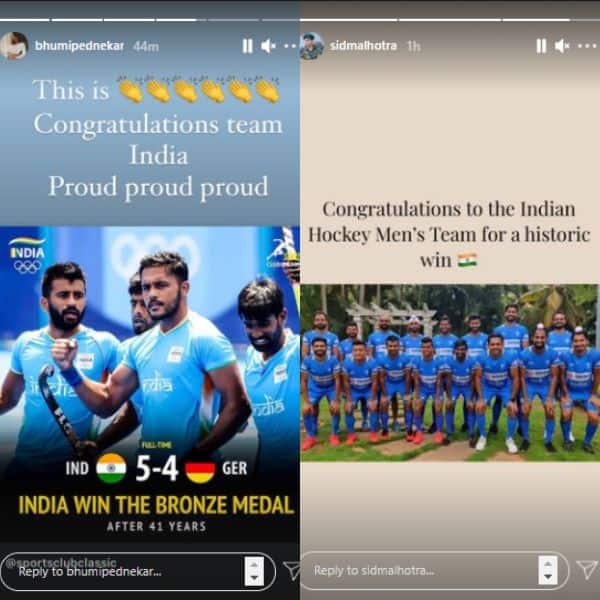 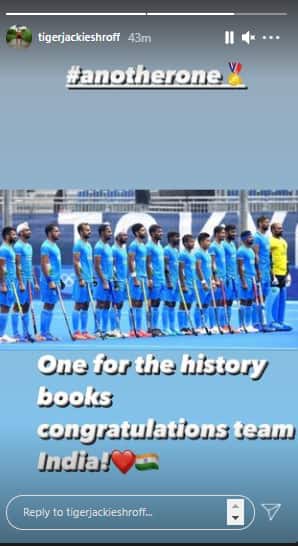 Also Read - Shershaah to Uri: The Surgical Strike; 7 top rated movies on war according to IMDb that you can stream on OTT now

The men's team has been coached by former Australian player Graham Reid. Some of the other champions are Lovlina Borgohain, Vignesh Phogat, Mirabai Chanu, Ravi Kumar Dahiya and others.