Trending Entertainment News: Ranbir Kapoor gets trolled for his 'drunk' look, Disha Patani slammed for her outfit and more

From Ranbir Kapoor gets MASSIVELY TROLLED for his 'drunk' look, Ek Villain Returns actress Disha Patani was brutally trolled for her outfit, and more; look at the top trending entertainment news today. 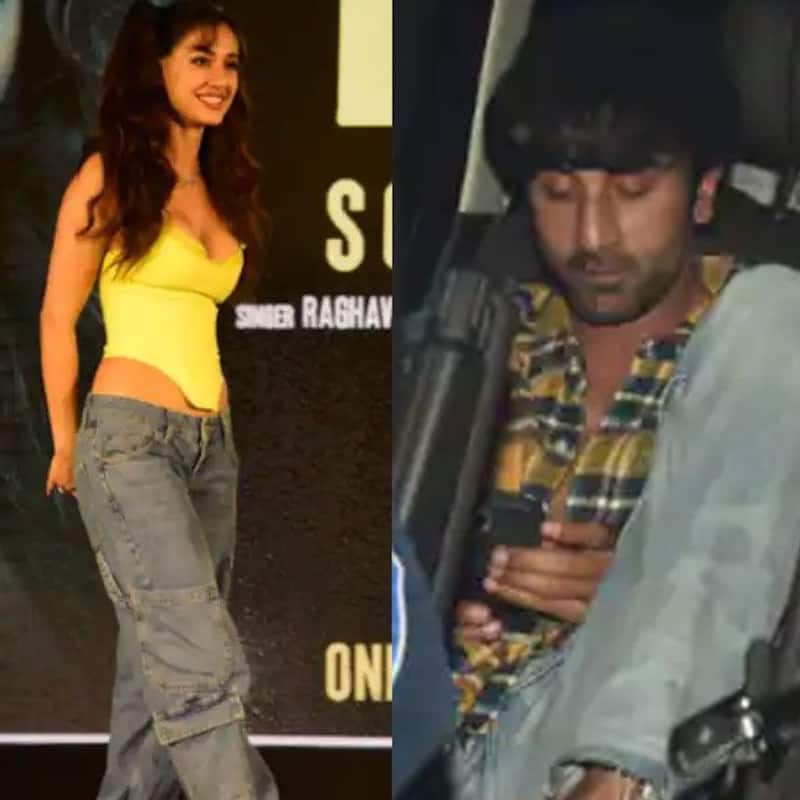 The world of entertainment has been very exciting today and we bring you a wrap of all the trending Bollywood news of the day. From Ranbir Kapoor gets MASSIVELY TROLLED for his 'drunk' look, Ek Villain Returns actress Disha Patani was brutally trolled for her outfit, and more; here's a look at the top trending entertainment news today. Also Read - Trending Entertainment News Today: Aryan Khan-Suhana Khan attend Maja Ma screening, Kareena Kapoor Khan gets mobbed at airport and more

Deepika Padukone thanks Farah Khan for believing in her

Filmmaker Farah Khan spotted Deepika Padukone on the international hoardings for her advertisements in Louis Vuitton. She shared the Padmaavat actress's picture on her Instagram story and wrote, " Proud of you baby". Deepika shared the same story of the filmmaker and thanked her, " Thank you Ma! YOU had faith in me when no one else did", with a heart emoticon. Read. Also Read - Alia Bhatt's maternity wear line, Katrina Kaif's beauty brand: B-town actresses who are also business women

Kajol and Bobby Deol reunited after 25 years last night as they celebrated their most successful film together Gupt. But the fans are immensely missing Manisha Koirala in this reunion. While Kajol looked extremely gorgeous in the vibrant and colorful outfit as she celebrate the 25 years of Gupt had taken a big risk in her career at that time by playing Isha Deewan who was madly in love with Bobby Deol's character. Read. Also Read - Ranbir Kapoor, Ayan Mukerji, Mouni Roy; the Brahmastra trio visit the Durga puja pandal wearing their traditional best [Watch Video]

Shamshera actor Ranbir Kapoor recently revealed that what he thinks when asked if he wants Alia Bhatt to 'sacrifice her dreams' after having a baby. The Brahmastra actor said that Alia is a quite busy working star in this film industry and he does not want her to sacrifice her dreams because she has a child. He said that the two will plan out a balanced life where they can enjoy their personal as well as professional life. Read.

Disha Patani looks 'cute' in ponytails; gets BRUTALLY TROLLED for her outfit

Disha Patani was snapped promoting Ek Villain Returns with Arjun Kapoor and Tara Sutaria in the city. Disha was seen in pigtails. Though she looked cute, Disha was brutally trolled for her outfit. Disha Patani wore a yellow corset-styled top with a deep neck. She paired them with low waist baggy denim and heels. Disha tied her hair in two ponytails. Netizens commented asking someone to hold her pants taking a jibe at the low-waist denim. Some said that she looked nice but didn't like her clothes. Some trolled Disha for wearing this and going to a mall. Read.

Ranbir Kapoor gets MASSIVELY TROLLED for his 'drunk' look

Ranbir Kapoor came to receive Alia Bhatt at the airport as she returned after wrapping up the shoot of Heart of Stone. However, Ranbir Kapoor is getting massively trolled for looking drunk and his posture in the car. Netizens massively trolled him for looking drunk and called him 'nashedi' and whatnot. Some also said that the driver looked better. Read.