From Shah Rukh Khan vs Salman Khan fandom war to Sussanne Khan and Arslan Goni getting trolled, Kiara Advani-Sidharth Malhotra celebrating 1 year of Shershaah together and more, here's a look at who and what made news in the entertainment world. 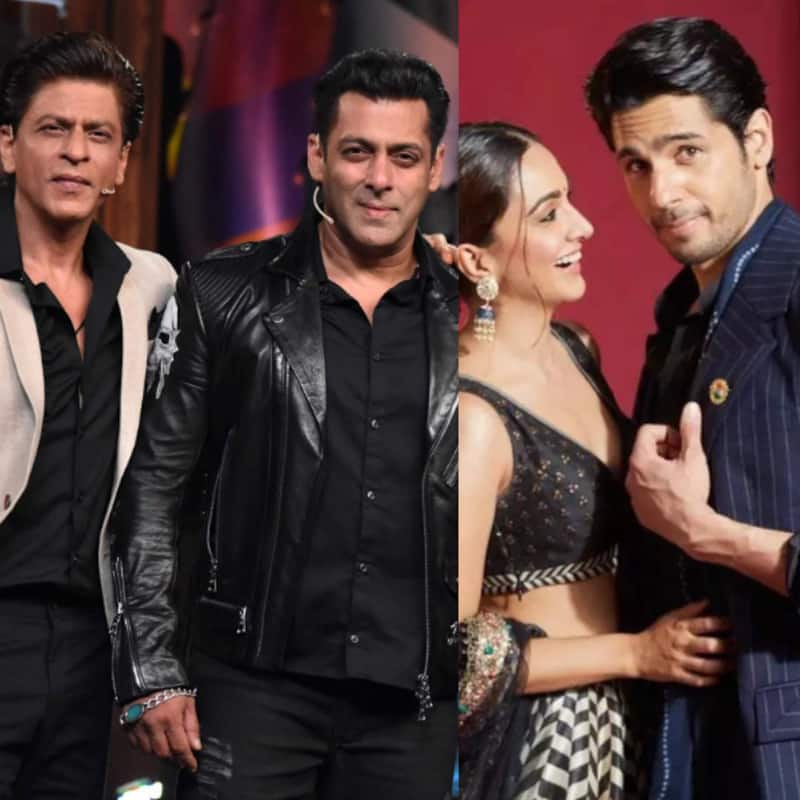 For hours now, Shah Rukh Khan has been trending on Twitter. He is being called on for various reasons. Firstly, it has come to light that Shah Rukh has made a cameo in Aamir Khan's Laal Singh Chaddha. And it is a known fact that he is going to make a cameo in Salman Khan starrer Tiger 3. Now, some of Salman Khan fans are unhappy with the same and have called SRK unlucky and have linked him to Pakistan. Check out the whole story here.

It's been a year since Shershaah was released and fans of Sidharth Malhotra and Kiara Advani were super happy to see their favourite couple back together, though in a live session. At first, the two celebs were live from different rooms but eventually came together and interacted with the fans. Sidharth and Kiara are rumoured to be in a relationship. Their fans are waiting for them to confirm their relationship. Check out more deets here.

Sussanne Khan and Arslan Goni had joined Arjun Kanungo and Carla Dennis at their post-wedding bash held in the city recently. The two lovebirds made a couple appearance and posed for the paparazzi as well. However, netizens were quick to troll and slow to move on saying that Hrithik Roshan was better than Arslan. Well, they have both moved on, and so can you (trolls). Anyway, check out the whole story here.

Urfi aka Uorfi Javed is going bold and bold these days. The actress and reality TV contestant shared a reel video in which she wore a wired outfit, hiding just her n*ps. It didn't go down well with the netizens who slammed her for her reel. Check out the pictures here.

Drashti Dhami has been in the industry for a long tie. However, the actress has refrained from taking up any reality TV show. The actress says that she might never take up a reality TV show be it Bigg Boss or Khatron Ke Khiladi as for one she feels it takes a lot of courage to stay with strangers and secondly she is way too scared to take up KKK. Read more deets here.

BTS' Golden Maknae aka Jungkook will be celebrating his birthday on September 1. The Left and Right hitmaker's fans from the Philippines have organised various projects to celebrate his birthday and it all begins well in advance. Check out the four projects organised by the Filipino BTS ARMY for Jungkook's birthday here.

A couple of days ago, Raju Srivastava was rushed to the AIIMS hospital in Delhi after he suffered from a heart attack. He was working out in the gym when he got a stroke, state reports. He has been kept on a ventilator and his condition is stable, state reports.

That's all in the Entertainment News today.