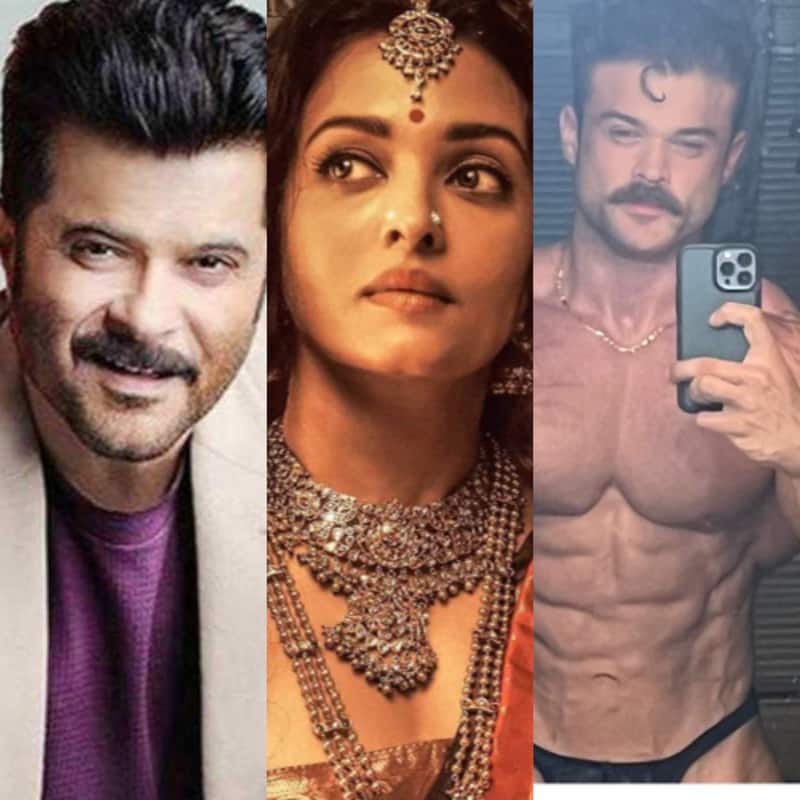 From Anil Kapoor's doppelganger being Bollywood ready and Aishwarya Rai not being the first choice for Ponniyin Selvan to the plot of Shah Rukh Khan's Jawan, Ravi Teja joining Chiranjeevi for Waltair Veerayya's shoot and LeonardoDiCaprio cleaning his image by dating Gigi Hadid; it's time to take a look back at all that went down today in the world of entertainment. Here's all what grabbed headlines to make it to the trending entertainment news today... Ergo, it's time to make a note of the biggest entertainment newsmakers who've made it to the trending entertainment news today. Also Read - Bigg Boss 16: Archana Gautam compares Ankit Gupta to Jamie Dornan from 50 Shades of Grey; says, 'Main bhi iske saath tharki..'

So, without further ado, here are the entertainment newsmakers of 19th September 2022…

It's not the first time that an Anil Kapoor doppelganger has been lapped up by the public, but it's definitely the first instance of one driving Anil Kapoor fans wild with his great body and looks, so much so that they now want to see him in Bollywood.
Read the full story here: Anil Kapoor's doppelganger John Effer drives netizens bananas with his resemblance; fans say, 'Jhakaas, you'll be in Bollywood in no time' [View Reactions] Also Read - Priyanka Chopra drops her vacation pictures from Dubai and it's all things fun

Aishwarya Rai Bachchan not the first choice for Ponniyin Selvan

The Ponniyin Selvan promotional campaign is on in full swing, where media interactions are also happening thick and fast, during which Director Mani Ratnam made a startling revelation of now wanting to initially cast Aishwarya Rai.
Read the full story here: Not Aishwarya Rai Bachchan but THIS legendary Bollywood actress was Mani Ratnam's first choice as Nandini, queen of Pazhuvoor for Ponniyin Selvan Also Read - Shah Rukh Khan, Aamir Khan, Salman Khan and more biggest superstars of Bollywood and their first salaries

Shah Rukh Khan has Pathaan, Jawan and Dunki lined up for release in that order. And now, we've landed our hands on a feeler of what the plot of Jawan is possibly about.
Read the full story here: Shah Rukh Khan's Jawan a heist thriller against the backdrop of revenge? Here's what we know [Exclusive]

Waltair Veerayya, which is set to hit the big screen during Sankranti 2023, will see Shruti Haasan as the leading lady opposite Chiranjeevi. Power and Jai Lava Kusa fame KS Ravindra aka Bobby is directing the movie.
Read the full story here: Ravi Teja finally joins Chiranjeevi at Rajamundry to shoot their long-awaited sequence together for Waltair Veerayya [Scene Deets Inside]

Is LeonardoDiCaprio cleaning his image by dating Gigi Hadid?

While rumours are rife that Leonardo DiCaprio is only dating Gigi Hadid as she's 27 years old and perfect to debunk speculations of him not getting involved with anyone over 25, there's another chain of thought, too, that feels he's finally looking to get serious.
Read the full story here: Leonardo Di Caprio-Gigi Hadid relationship: Is Leo looking to clean his image of dating only under 25 and seek a more stable personal life?