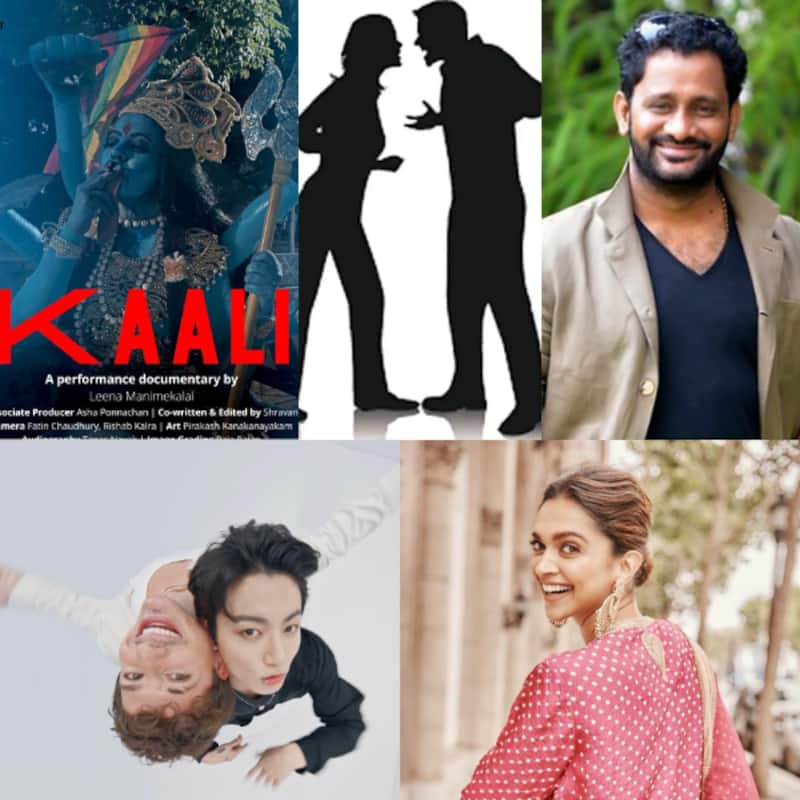 From Kaali's poster to Deepika Padukone's reaction to a fan saying 'We love You,' Resul Pookutty's reaction on SS Rajamouli's RRR, Charlie Puth confirmed Left and Right with BTS' Jungkook being a BL, Shah Rukh Khan and Salman Khan reuniting again and more. A LOT has happened in the world of entertainment. And in case you couldn't catch up on everything, here's a news wrap on the imp newsmakers from the world of Entertainment... Also Read - From Shah Rukh Khan to Sonu Sood: Bollywood celebs unfurl the Tricolour at home [View Pics]

A couple of hours ago, Anshula Kapoor, Arjun Kapoor's sister shared a video of joining the no-bra club. It got a positive response from the masses and everyone in the industry. Priyanka Chopra also extended her support to Anshula by commenting on her video. Her comment alongside Anshula's video is relatable to many girls and women out there. Check out Priyanka's reaction to Anshula Kapoor's video here. Also Read - Ghum Hai Kisikey Pyaar Meiin fans shower love on Ayesha Singh as she grooves with Akshay Kumar on Ravivaar with Star Parivaar

Salman Khan and Shah Rukh Khan to work together

Finally, the moment has returned for all the Salman Khan and Shah Rukh Khan fans have been eagerly waiting for. As per the reports, SRK and Sallu are going to reunite again for a big screen spectacle. As per reports, Salman and Shah Rukh have agreed to keep dates available for YRF. Check out exciting deets here. Also Read - Independence Day 2022: Huma Qureshi talks about what freedom means to her; 'Trying to be the best possible citizen of India' [Exclusive]

Filmmaker Leena Manimekalai dropped a poster of his performance film Kaali recently. It features a woman in Goddess Kaali avatar, smoking a cigarette. The Kaali movie poster has met with a lot of flak. A few have also called for the arrest of the filmmaker for depicting the Hindu Goddess in such a manner on the poster. Check out the whole story here.

One of the top Bollywood actresses is having trouble with her in-laws. It seems her husband is also avoiding the confrontation over the same and it has left the actress heartbroken. The husband is a mama's boy. He has taken a backseat and is not intervening in family matters. Check out the whole report here.

Resul Pookutty took a dig at SS Rajamouli's blockbuster hit RRR starring Ram Charan, Jr NTR, Alia Bhatt and more celebs. He calls his film 'a gay love story'. Apparently, he even went on to say that Alia Bhatt and Shriya Saran were used as props in the film. Resul Pookutty was slammed for his comments. Check out the whole report here.

Deepika Padukone is in the USA for the Konkani Sammelan alongside her family and Ranveer Singh. A video of Deepika Padukone's fan screaming "We love You Deepika," went viral and it was because of Deepika's reaction to the same. Check out how she reacted here.

A report of Uorfi (Urfi) Javed's suicide had surfaced a couple of hours ago. However, the Bigg Boss OTT contestant and actress who is known for her fashion statements took to her social media handle to debunk the same. She even posted some nasty comments from netizens who wanted her dead. Check out the whole story here.

Charlie Puth on Left and Right with Jungkook being BL

Various BTS ARMY and fan theories were put to rest by popular American singer Charlie Puth over his recently released Left and Right song with BTS' Jungkook. The singer and songwriter confirmed that he and Jungkook played exes in the video which means the MV of Left and Right was about Boy Love. Check out the whole report here.

That's all in the entertainment news section today.