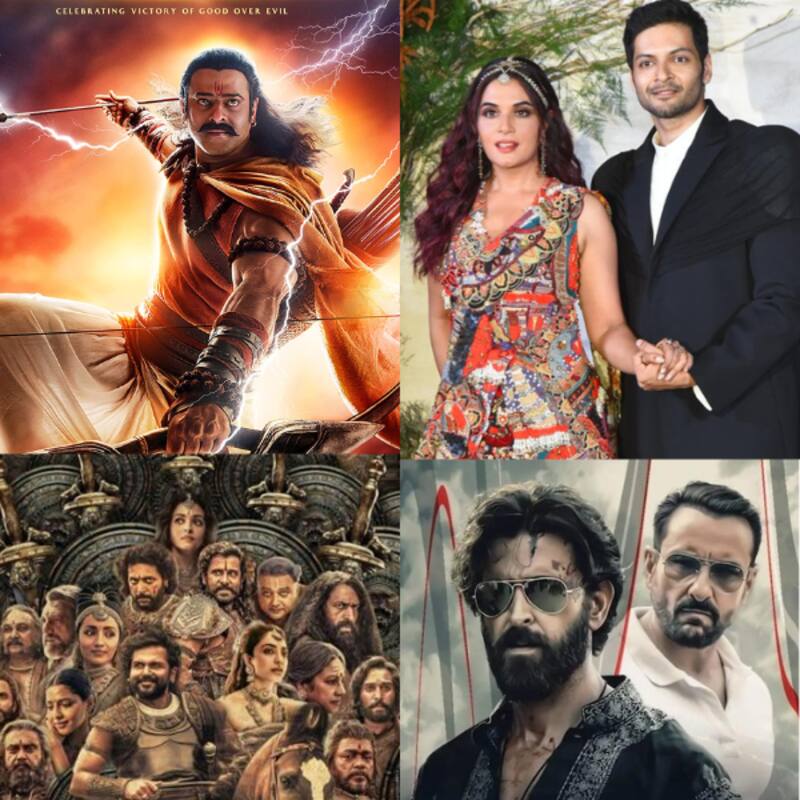 So, with that, another day of October came to and end. It's time to give a wrap on who and what made news in the Entertainment section today. From the box office collections of Ponniyin Selvan Part One and Vikram Vedha to the onslaught of criticisms for Prabhas starrer Adipurush, Richa Chadha and Ali Fazal hosted a wedding reception party for Bollywood personalities and more have grabbed headlines today. Here's a lowdown on the TOP Entertainment newsmakers...

Prabhas, Kriti Sanon, Saif Ali Khan starrer Adipurush, directed by Om Raut, has been getting a,lot of flak for its teaser. The VFX, clothing, and looks of the cast members as Lord Ram, Hanuman, Raavan, etc is being heavily criticised. There's also a ban and boycott called on Adipurush already. In the middle of it all, Prabhas' video in which he sternly called Om Raut to his room after the teaser launch has been going viral. Check out Prabhas' viral video after the Adipurush teaser launch here. In other news, MP Minister Narottan Mishra has slammed Om Raut and the makers for wrongly depicting the Hindu Gods in the movie and has demanded correction. Check out the whole story here.

Talking about PS1's competitor, Vikram Vedha starring Hrithik Roshan and Saif Ali Khan, the film saw a drop on Monday and earned Rs 6.07 crore nett. Check out the box office collections of Vikram Vedha here. Hrithik Roshan has been getting a lot of praises for his role as Vedha.

For a while, there had been rumours about all not being well between Ranveer Singh and Deepika Padukone. The two of them have not openly addressed the rumours, however, the Cirkus actor has been expressing his love for Deepika and indirectly debunking the reports of separation. And he did it again when Cartier announced Deepika as its brand ambassador. Check out the whole story here.

Richa Chadha and Ali Fazal have been married for 2.5 years now. However, the duo threw parties celebrating their reunion now for friends and family members. It's a celebration of their love and union which was held in Mumbai last evening. It was a starry affair with celebs such Hrithik Roshan-Saba Azad, Vicky Kaushal, Dia Mirza, Esha Gupta and more attending the bash. Check out the pictures here. BollywoodLife reached out to a celebrity astrologer who had special advice for Richa and Ali. He has suggested that they welcome a baby soon. Check out the prediction here.