Alia Bhatt, Neetu Kapoor, Koffee With Karan 7, Pushpa 2, Brahmastra, Vikram Vedha and more, here's who and what made news in the world of entertainment today. Catch up on the IMP newsmakers here: 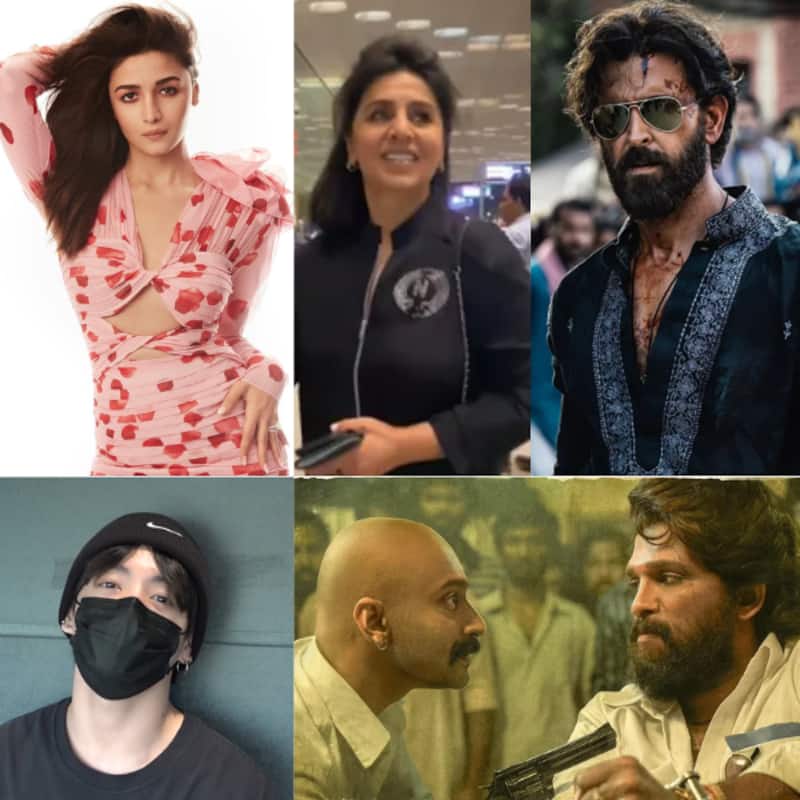 From Alia Bhatt-Ranveer Singh on Koffee With Karan 7 to Neetu Kapoor, Chhavi Mittal, Darlings teaser, Resul Pookutty and more, it's time to meet the newsmakers of the day. A new promo of Alia Bhatt-Ranveer Singh's appearance in Koffee With Karan 7 was dropped, Neetu Kapoor got trolled again, Chhavi Mittal clapped back at a troll, Darlings teaser won hearts and more celebrities grabbed headlines in the world of entertainment. And we are here with a round-up on the same... Also Read - Aamir Khan-Karan Johar, Priyanka Chopra-Kareena Kapoor Khan and more: 5 times Bollywood stars ROASTED other celebs publicly

So, Karan Johar shared a promo of the first guests of Koffee With Karan 7, Alia Bhatt and Ranveer Singh. The Rocky Aur Rani Ki Prem Kahani co-stars are going to be a riot. From Alia talking about suhagraat with Ranbir Kapoor to Ranveer sharing his Sex playlist to Alia goofing up on the KWK again and more, it's gonna be a very masaledaar and entertaining episode.
Here's what Alia said about her suhagraat with Ranbir Kapoor.
Ranveer Singh takes a dig at Alia Bhatt as she makes a blunder on KWK7.
Meanwhile, in other news, Karan Johar opened up on his first honest reaction when Alia Bhatt revealed she is having a baby with Ranbir Kapoor. Karan said he cried as it is one of the most emotional moments of his life. He shared that he cannot wait to hold Alia-Ranbir's baby in his arms. Read more here. Also Read - Laal Singh Chaddha: Ira Khan promotes dad Aamir Khan's film in the most romantic way with boyfriend Nupur Shikhare [View Post]

Resul Pookutty and his RRR take makes the news again

Recently, Resul Pookutty's take on SS Rajamouli's RRR starring Jr NTR, Ram Charan, Alia Bhatt, Shriya Saran and more went viral. He called it a gay love story and said that Alia Bhatt and Shriya Saran were just props in the film. Baahubali producer Sobhu Yarlagadda had slammed Resul for his remarks. Resul reverted to him saying that he was just stating what was being widely discussed about RRR. Check out more about this story here.

Chhavi Mittal has been sharing her journey as a breast cancer survivor online a lot. She has been trying to spread awareness and help other cancer fighters with it. Chhavi has been making vlogs about the same as well. However, one of the netizens found it a PR stunt and trolled her saying that she was back for sympathy again. Chhavi slammed her saying that she did not choose cancer but cancer chose her. Check out Chhavi's savage response to the troll here.

In just a couple of weeks, the promotions of Brahmastra will begin. Since it is a multi-language release, Alia Bhatt and Ranbir Kapoor starrer Brahmastra will be promoted on a large scale across the country, too. However, a highly-placed source close to the development of the same has apprised us that the promotional campaign is being planned by keeping in mind Alia's pregnancy. They don't want the mommy-to-be to stress or strained during promotions. Check out more deets here.

Bangtan TV dropped a video of Jungkook's recording sketch for Charlie Puth and his latest single, Left and Right. BTS member Jungkook was seen working very hard to get his diction and pronunciation right for the peppy track. He also warmed up on PSY and Suga's That That while recording for Left and Right. Check out the affable video here.

Neetu Kapoor has decided to return to films and step out of her home to keep herself busy with work after the demise of the legendary actor and her husband, Rishi Kapoor. However, netizens find it troll-worthy. Since Neetu Kapoor has begun taking up projects and has been spotted out and about the city, interacting with the paparazzi, they find her liveliness odd. Check out the whole story here.

A couple of hours ago, Alia Bhatt released the epic teaser of her next, Darlings. The Netflix film also stars Shefali Shah, Vijay Varma and Roshan Matthew. Fans were bowled over by the dark-comedy film's teaser and labelled it as Alia's another attempt at proving herself as an artiste. Alia is surely winning a lot of hearts with her body of work in the industry. Check out the reactions here.

That's all from the world of entertainment today.