Trending Entertainment News Today: Aishwarya Rai Bachchan trolled for being too protective about Aaradhya, Urfi Javed hits back at Chetan Bhagat and more

Trending Entertainment News Today: Aishwarya Rai Bachchan was trolled once again for holding hand of Aaradhya as they were clicked at a birthday party, Urfi Javed took to her Insta stories to slam Chetan Bhagat and more 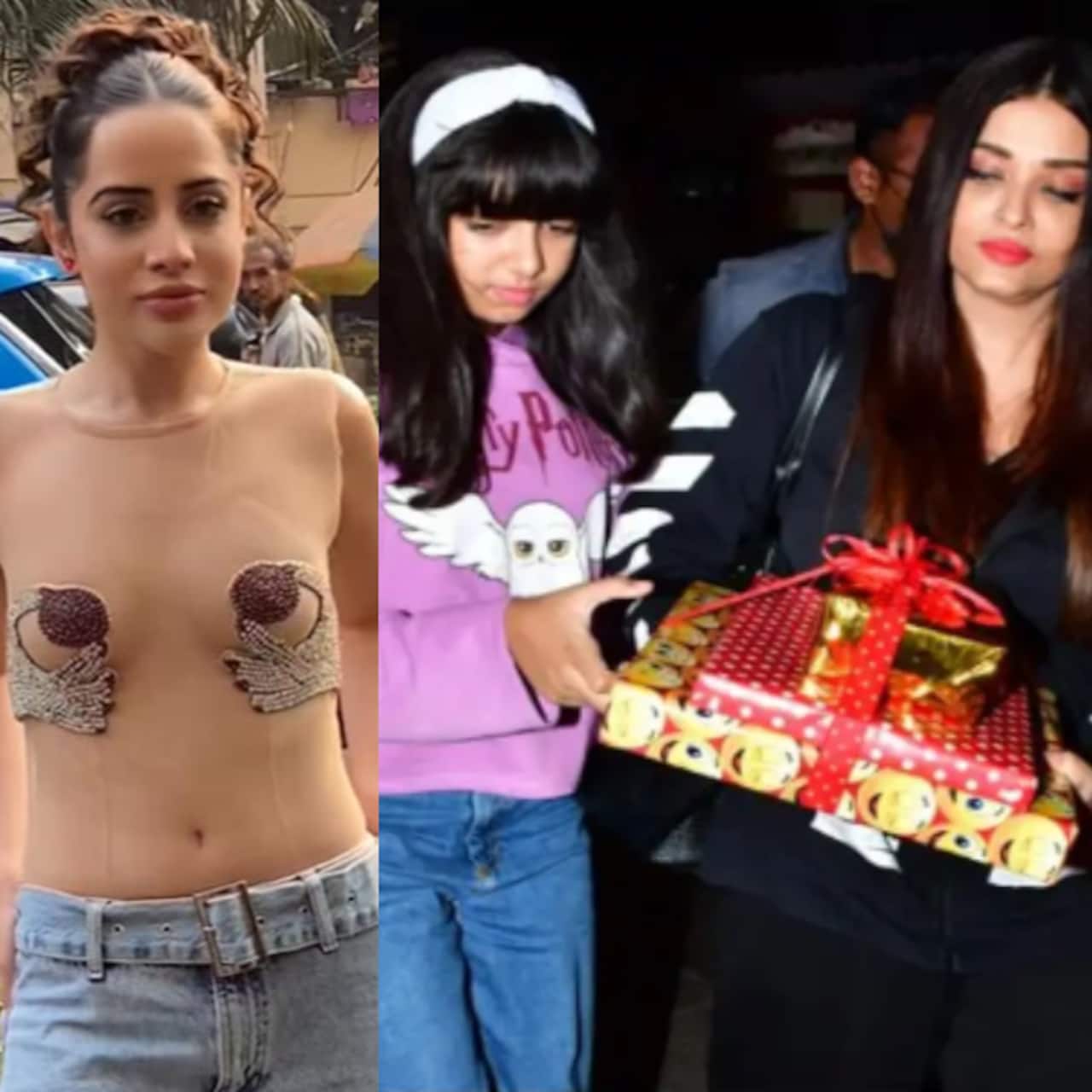 Aishwarya Rai Bachchan has again been trolled for holding daughter Aaradhya's hand as they came for the birthday bash of Riteish Deshmukh and Genelia's sons. Urfi Javed has lashed out at Chetan Bhagat on her Insta stories. Vikram Gokhale is no more. The veteran passed away in Pune due to multi-organ failure. Ayushmann Khurrana tells Karan Johar to give Mr Faisu a debut film with Dharma Productions. Also Read - Aishwarya Rai Bachchan has not one but 6 lookalikes and their beauty will leave you stumped

Urfi Javed hits back at Chetan Bhagat
Urfi Javed has lashed out at Chetan Bhagat. The author said that she is distracting the youth of India. He said that she was misguiding the youth of India. Urfi Javed in a series of screenshots slammed him saying that he was promoting 'rape culture' by always blaming the women. Also Read - Salman Khan's ex Somy Ali makes severe allegations against him; says, 'I had it the worst in terms of verbal, sexual...' 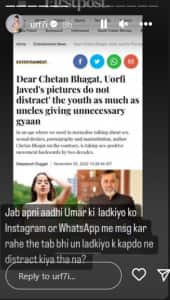 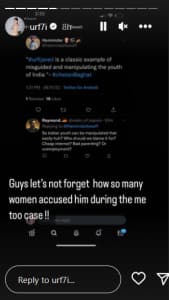 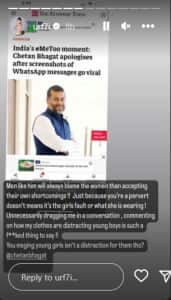 Vikram Gokhale passes away
Vikram Gokhale is no more. The veteran actor passed away at the age of 77. He was suffering from multi-organ failure. Vikram Gokhale had been admitted to a Pune hospital for 20 days. Bollywood celebs like Akshay Kumar, Ajay Devgn and others condoled his demise. Starting his career in theatre, Vikram Gokhale proved himself to a stalwart in both Marathi and Hindi films.

Prakash Raj supports Richa Chaddha in the Galwan tweet
Richa Chaddha got immense flak for her tweet on Galwan. Prakash Raja has tweeted in her support. He wrote, "Didn’t expect this from you @akshaykumar… having said that @RichaChadha is more relevant to our country than you sir..."