From Akshay Kumar replacing Sunny Deol in Prithviraj because YRF wanted a more saleable hero to Kangana Ranaut taking an indirect dig at Ananya Panday by calling her a 'Bollywood Bimbo', here's a look at the top trending entertainment news today. 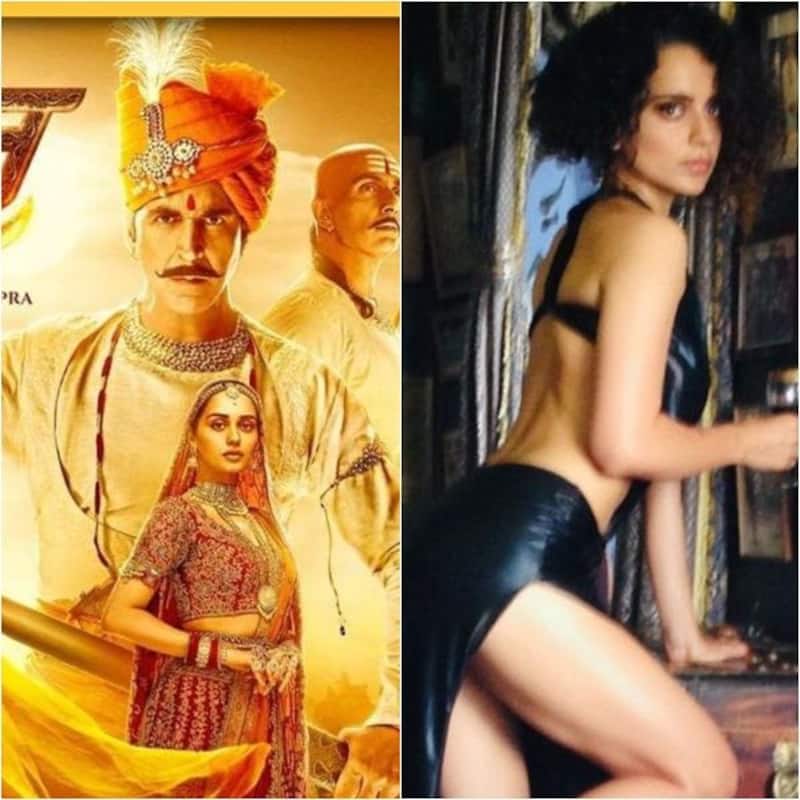 The world of entertainment has been very exciting today and we bring you a wrap of all the trending Bollywood news of the day. From Akshay Kumar replacing Sunny Deol in Prithviraj because YRF wanted a more saleable hero to Kangana Ranaut taking an indirect dig at Ananya Panday by calling her a 'Bollywood Bimbo', here's a look at the top trending entertainment news today. Also Read - Before Vijay Deverakonda in Liger, Kichcha Sudeepa, Siddharth and these other actors went completely NUDE in Telugu movies [View Pics]

Singer Sona Mohapatra has come down hard on Jacqueline Fernandez, who is under the radar of the Enforcement Directorate (ED) in connection with her alleged links with conman Sukesh Chandrashekhar who is being probed in the Rs 200 crore money laundering case. The singer said that she would like to be disassociated with brands endorsed by Jacqueline, whom she accused of taking shortcuts to become successful. Also Read - Liger: Vijay Deverakonda poses completely nude in latest poster of Puri Jagannadh film; looks like a Greek God

If the industry grapevine is to be believed, Akshay wasn't the first choice for the film. It is being said that director Chandraprakash Dwivedi wanted to cast Sunny Deol in the titular role but YRF wanted a more saleable hero than him. "Sunny Deol was Chandraprakash Dwivedi’s first choice for the role of Prithviraj Chauhan. When they were shooting Mohalla Assi in Varanasi five years ago, Dwivedi and Deol had long discussions on Prithivraj. In their discussions Dwivedi and Deol covered a lot of topics about the film and the character, from what the final look and feel should be to the character’s dialect and mannerisms. They had even discussed the look and voice-quality of the character,” a source was quoted as saying by Bollywood Hungama. Also Read - What to watch on OTT this weekend: Samrat Prithviraj, Dhaakad, Stranger Things 4 Vol. 2 and more movies and web series you can binge-watch

Kangana Ranaut's favourite hobby apart from acting is trolling star kids and taking a dig at them. And once again she is back at it. Recently, Kangana who made an appearance on The Kapil Sharma Show, took an indirect dig at Chunky Panday's daughter and Bollywood actress Ananya Panday. When Kapil asked her what the term 'Bollywood bimbos' means, Kangana touched her nose with her tongue and said, those who touch their nose with their lips are Bollywood bimbos. A few months ago, when Ananya had come on Kapil's show had done the same and termed it as one of her talents.

Amitabh Bachchan is one of the senior-most celebrities in Bollywood and he is very active on social media. The megastar often keeps on posting motivating messages for his fans on his social media accounts and even sends a general wish to his fans. Today he took to his Facebook account and sent a good morning wish to his fans. While some of his fans greeted him back, others trolled him for sending a good morning wish. Amitabh Bachchan also addressed disrespectful comments and trolling. "Abe buddhe dopahar ho Gayi (It's noon old man)." AB replied, "I pray that you have a long age but no one insults you by calling you a 'buddha' then)".

Rakhi Sawant gets a new boyfriend

Recently, Rakhi attended an award function and from the red carpet, she did a video call to her boyfriend and showed him to the media. Well, paps asked her to give him a kiss, and she also did that. In Bigg Boss 15, she came to the show with her husband, and of course, it helped the show’s TRP. However, after the show ended the two decided to part ways as Ritesh was already married.