From Bipasha Basu and Karan Singh Grover announcing their pregnancy with baby bump pictures to Taapsee Pannu opening up about her fight with the paparazzi at the recent Dobaaraa event, here's a look at the top trending entertainment news today. 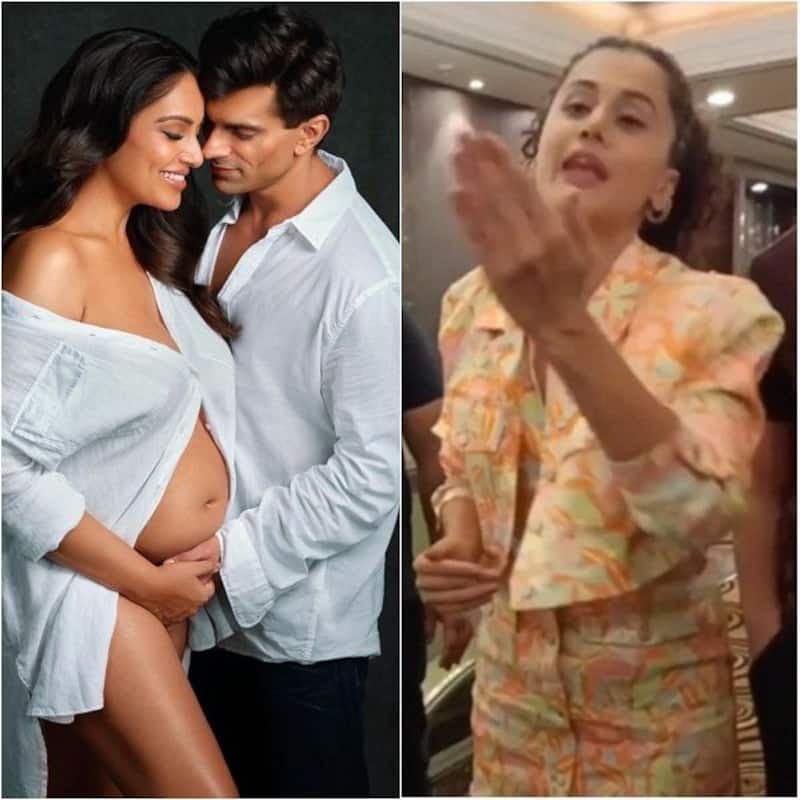 The world of entertainment has been very exciting today and we bring you a wrap of all the trending Bollywood news of the day. From Bipasha Basu and Karan Singh Grover announcing their pregnancy with baby bump pictures to Taapsee Pannu opening up about her fight with the paparazzi at the recent Dobaaraa event, here's a look at the top trending entertainment news today. Also Read - Taali: Netizens QUESTION Sushmita Sen playing the lead; ask, 'Why isn't the REAL transgender being cast in the film?'

Taapsee Pannu breaks silence on her heated argument with paparazzi

Addressing her scuffle at Dobaaraa event, Taapsee Pannu feels that sometimes the paparazzi take advantage of situations because they have a camera which gives you a one-sided narrative. Check out full story here. Also Read - Laal Singh Chaddha: Aamir Khan goes back on his words; film premieres on OTT within 55 days of its release following poor box office collection [Read Deets]

Reacting to the ongoing controversy, Arjun Kapoor said that the industry needs to unite against such boycott trends since Bollywood has now had enough of it. Check out full story here. Also Read - Arjun Kapoor and Malaika Arora go out for a dinner date in London; former calls her 'best company'

While YRF is certainly going through a bad phase with a series of flops like Sandeep Aur Pinky Faraar, Bunty Aur Babli 2, Jayeshbhai Jordaar, Samrat Prithviraj and now Shamshera, Anurag Kashyap has now taken a dig at the failures saying that Aditya Chopra sits in a cave and dictates filmmakers on how to make films. Check out full story here.

Bipasha Basu and Karan Singh Grover got married in 2016 and almost after 6 years of togetherness, the couple is all set to become parents as the actress announced her pregnancy flaunting her baby bump. Check out full story here.

Aamir's Laal Singh Chaddha got the lowest opening of Rs 13 crore on day one at the box office. The reports claimed that Aamir is in a state of shock with these numbers and is ready to compensate the distributors of the film. Check out full story here.