From Deepika Padukone getting trolled for her 'confusing' answer about her role as Cannes 2022 jury to Kangana Ranaut getting accused by fans of using Sushant Singh Rajput for her own benefit, here's a look at the top trending entertainment news today. 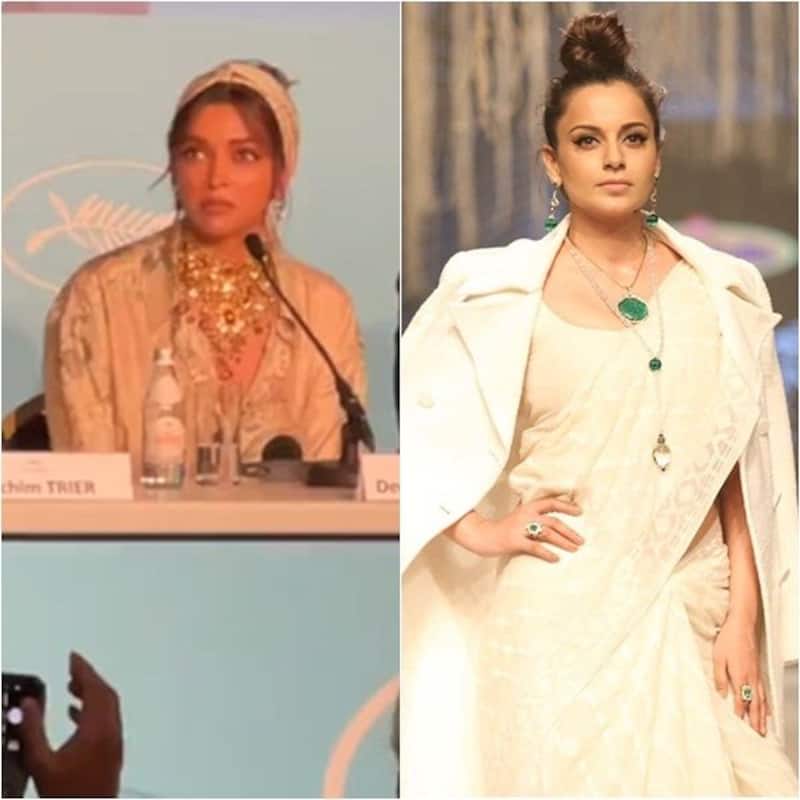 The world of entertainment has been very exciting today and we bring you a wrap of all the trending Bollywood news of the day. From Deepika Padukone getting trolled for her 'confusing' answer about her role as Cannes 2022 jury to Kangana Ranaut getting accused by fans of using Sushant Singh Rajput for her own benefit, here's a look at the top trending entertainment news today. Also Read - This is how Prabhas is planning to utilise his money in a big way, and you can take a lesson from the Baahubali star

Cannes 2022: Deepika's trolled for being 'confused' about her role as jury

A video clip from the press conference where Deepika explained her role as a jury member from the 75th Cannes Film Festival has gone viral on the internet for all the wrong reasons. Netizens were left baffled when Deepika answered a question about her role as a jury and how she will judge films throughout the festival. Many people said Deepika appeared confused about her jury duties and felt that Priyanka Chopra would have given an apt response to the question. Deepika's answer has now sparked a meme fest on social media. However, there were only a few people who thought Deepika gave the answer with a lot of positivity. Also Read - Not just Hansal Mehta, Kangana Ranaut has been publicly ridiculed by Hrithik Roshan, Karan Johar and the list goes on

Malaika Arora on having a tumultuous childhood since parents' separation

“I had a wonderful childhood, but it wasn’t easy. In fact, in retrospect, the word I would use to describe it is tumultuous. But tough times teach you important lessons too. My parents’ separation allowed me to observe my mother through a new and unique lens,” Malaika told Grazia. She added, “I learned a rock-steady work ethic and the value of getting up each morning to do whatever it takes to become fiercely independent. Those early lessons are the cornerstones of my life and professional journey. I am still fiercely independent. I value my freedom and live life on my terms. The world could be going crazy around me, but these fundamental attitudes imbibed during my formative years hold me in good stead.” Also Read - Trending South News Today: Vijay Deverakonda-Rashmika Mandanna to team up again, Aishwarya Rai Bachchan looks stunning in Ponniyin Selvan new poster and more

Kangana Ranaut was one of the first celebs who supported Sushant Singh Rajput’s case when he passed away in 20202. Now, fans are accusing her for using him for her benefit and are trending #BoycottDhaakad on Twitter. Fans also seem irked by her closeness with Salman Khan. As you might remember, she was seen at the actor’s Eid bash hosted by Arpita Khan recently. She had even thanked Salman after he had shared the trailer of Dhaakad. Wrote a user, “SSR Case Exposed Bollywood ? If hypocrisy had a face it would be Kangana Ranaut Opportunist No. 1 #BoycottBollywood #BoycottDhaakad.” Read another tweet, Are you Going To Boycott #Dhaakad ? For Ms Fenkaut Isne SSR Case ko sabse Zyada Use kara hai Apne faayde ke liye Matlabi kahin ki ? #BoycottBollywood SSR Sisters SSR Support System.”

Priyanka calls Katrina, Alia 'two of the top actresses in the country'

Talking about her experience of working with her competitors Katrina and Alia in Jee Le Zara, Priyanka told Deadline, "Whether it’s Bollywood or in America, what I’ve experienced is women standing up for women. I’m doing a movie in India now with two of the top actresses in the country, Katrina Kaif and Alia Bhatt, and the three of us decided we wanted to do a movie together and partner together to produce it. But the idea is, yes, it was very different when I started out. We were all pitted against each other, and our casting was very dependent on the lead actor of the movie, and it depends on who is the flavor at that time and that was a very unsettling feeling.”

Cannes belongs to Aishwarya Rai Bachchan. Her millions of fans wait for this day to see the ultimate queen of Bollywood take over Hollywood and how. However, this time, it's not only Ash but her little big daughter Aaradhya Bachchan too is grabbing a lot of eyeballs and how. This one video of Aaradhya talking to Eva Longoria's son is going VIRAL. In the video, we can see an excited Eva making a video call to her son and making him talk to Aaradhya where he asks her name, while she tells him his name. Excited mother Ash comes in and asks Eva's son, ' And what's your name handsome?' Netizens too are loving this conversation between Aaradhya and Eva's son and picking it up on Aaradhya's accent and calling it a typical super-rich kids accent.