From Deepika Padukone getting brutally trolled for her uncomfortable dress at Cannes 2022 red carpet to Hrithik Roshan and Saba Azad making their first official appearance as a couple at Karan Johar's 50th birthday bash, here's a look at the top trending entertainment news today. 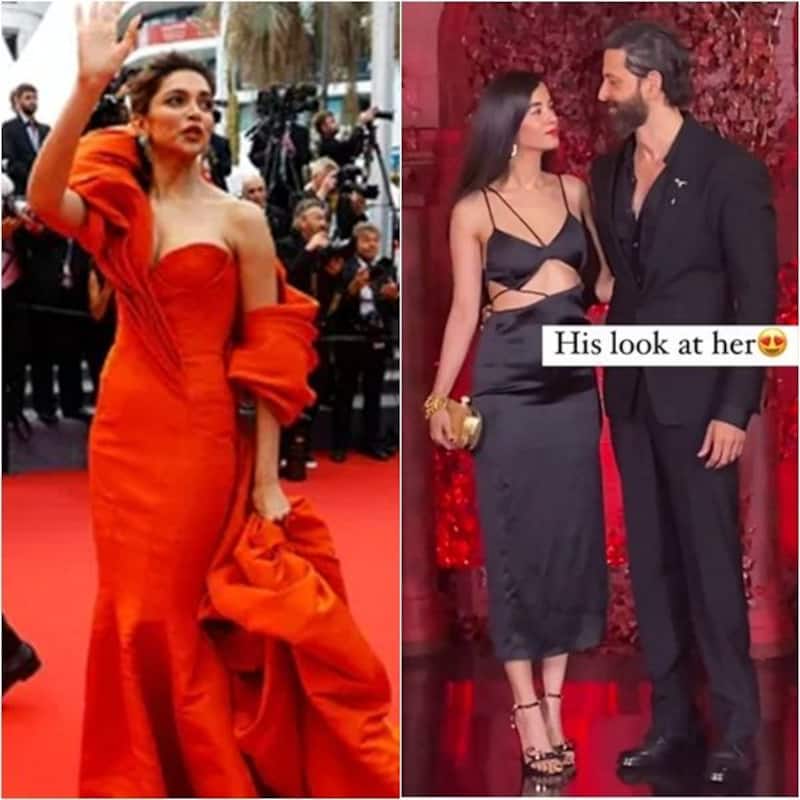 The world of entertainment has been very exciting today and we bring you a wrap of all the trending Bollywood news of the day. From Deepika Padukone getting brutally trolled for her uncomfortable dress at Cannes 2022 red carpet to Hrithik Roshan and Saba Azad making their first official appearance as a couple at Karan Johar's 50th birthday bash, here's a look at the top trending entertainment news today. Also Read - Karan Johar reveals his first honest reaction after he learnt about Alia Bhatt's pregnancy

Kangana Ranaut's Dhaakad, which has been made with a budget of nearly Rs 100 crore, is struggling to even cross Rs 2 crore mark at the box office. The audience has straight away rejected the film. Many single screens and multiplexes have removed Dhaakad and replaced it with Kartik Aaryan and Kiara Advani starrer Bhool Bhulaiyaa 2. While many people are celebrating the Dhaakad failure, Richa Chadha has taken a sly dig at Kangana for a 'very systematically created narrative' against the Hindi film industry and saying that Bollywood people are murderous. "Aligning with power is easy and has obvious rewards like tax exemptions, awards, special status, security-even literally the Legislature promoting a film! So do you not know that the reverse also holds true Tehseen? Ppl are expressing dissent in whatever way they can. So chill," she said. Also Read - Akshay Kumar, Kangana Ranaut, Shahid Kapoor and more stars' biggest money losers at the 2022 box office

In 2020, Anurag Kashyap had said that it was painfully difficult to work with Abhay Deol in their 2009 film Dev D, which was written and directed by Kashyap. In a new interview, Abhay seems to have taken a dig at Kashyap by calling him a gaslighter, which has now added more fuel to their feud. Also Read - Bigg Boss 16 and Bigg Boss OTT 2: Shivangi Joshi, Divyanka Tripathi, Munmun Dutta and more – 17 contestants approached for TV and web show

During his recent interaction with Ranveer Allahabadia, Kartik was asked if he has ever dated a Bollywood actor and pat came the reply, "Yes." When he was further asked about infidelity in Bollywood, he added, "If two actors are working together and go out for a coffee, it will be reported that they were ‘spotted’ together. People will begin to talk. Shall I stop going out? Or shall I look for secret spots? What if two people are meeting just as friends? If four people go out, they’ll publish photos of just two. This happens. And because of this, it seems strange when you’re ‘spotted’ with someone else later.”

Deepika Padukone looked ravishing in red as she walked the red carpet at Cannes 2022. However, the long tail with the dress made the actress extremely uncomfortable and she was seen struggling throughout while she walked the red carpet. In fact, few of her jury members who posed along with her even helped her with the dress as she was struggling with it. And netizens are calling it a big embarrassment and questioning Deepika why she chose the dress if she wasn't comfortable in it.

Hansal Mehta ties the knot with his partner after 17 years

Love finds its way and like they say marriage is one affirmation from society to live happily ever after. While some couple gets married soon after their relationship and some are like director Hansal Mehta who married his partner after 17 years of relationship and two kids. The filmmaker got hitched in California in the simplest way possible and posted about it on his Twitter. The filmmaker took to his Twitter and wrote, " So after 17 years, two children, watching our two sons grow up and chasing our respective dreams we decided to get hitched. As always in life, this marriage was also impromptu and unplanned. Ultimately love prevails over all else. And it has…" The pictures of the couple are going VRAL on the internet and it is love and appreciation across.