From Dia Mirza sharing her thoughts on premarital sex and pregnancy post Alia Bhatt's pregnancy announcement to Akshay Kumar reacting on R Madhavan's indirect dig on lack of commitment of actor to films, here's a look at the top trending entertainment news today. 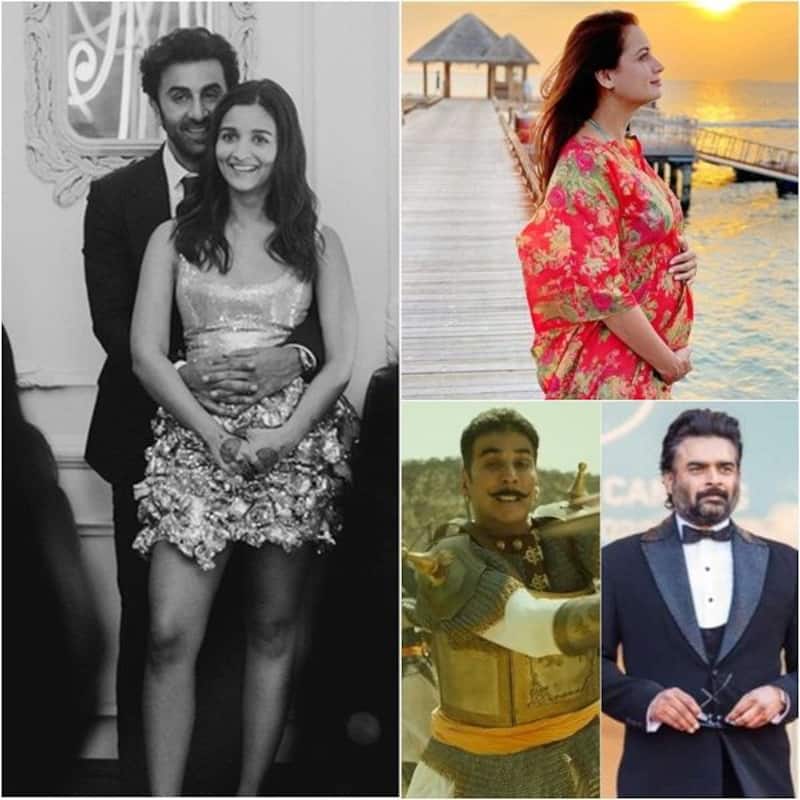 The world of entertainment has been very exciting today and we bring you a wrap of all the trending Bollywood news of the day. From Dia Mirza sharing her thoughts on premarital sex and pregnancy post Alia Bhatt's pregnancy announcement to Akshay Kumar reacting on R Madhavan's indirect dig on lack of commitment of actor to films, here's a look at the top trending entertainment news today. Also Read - After Shah Rukh Khan's Pathaan, Ranbir Kapoor's Brahmastra faces boycott; actor blamed for INSULTING Hindu Gods along with Aamir Khan in PK

Alia Bhatt's pregnancy announcement came within three months of her marriage. Many people were in disbelief. Dia Mirza, who had also announced her pregnancy within two months of her marriage, said that it is a personal choice of an individual. Check out full story here. Also Read - RRR: Jr NTR beats Ram Charan; makes it to the Oscars' Best Actors 2023 prediction list

R Madhavan recently took a sly dig at actors for their lack of commitment to their films. Many people linked Madhavan's statement to Akshay Kumar and his films. So when Akshay was asked to comment on the same, he responded in an unusual way. Check out full story here. Also Read - Independence Day 2022: Anushka Sharma, Virat Kohli, Ram Charan, Jr NTR and more celebrate Azadi Ka Amrit Mahotsav; Ram Gopal Varma's idea of 'freedom' leaves netizens in splits

Did Sara Ali Khan take a dig at Kartik Aaryan as everybody's ex with Janhvi Kapoor by her side?

In Koffee With Karan 7 trailer, we can hear Sara Ali Khan referring to an ex who seems to be the ex of everyone. We wonder whom is she talking about? As we know, Bhool Bhulaiyaa 2 heartthrob Kartik Aaryan has been linked to Ananya Panday, Janhvi Kapoor and Sara Ali Khan. In fact, his alleged affair with Sara Ali Khan grabbed a lot of eyeballs. Check out full story here.

'Who will buy?' Priyanka Chopra's overpriced homeware fails to impress

Priyanka Chopra recently lauched her new Indian homeware lineup called Sona Home in New York, however, the internet is not willing to buy it because of the exorbitant rates. A tablecloth costs Rs 31k, chutney pots at Rs 15k and so on. Check out full story here.

Vijay Deverakonda has just posed completely in the buff for the latest poster of his upcoming movie, Liger, directed by Puri Jagannadh, and co-starring Ananya Panday and Mike Tyson, with nothing but a bouquet of roses barely concealing his genitalia. Check out full story here.

Sushmita Sen had adopted her elder daughter, Renee Sen, way back in 2000 and her second girl, Alisah Sen, was brought into her fold 10 years later. The adoption process for Renee as a 21-year-old single woman was far from easy though. Check out full story here.