From Hina Khan calling out the elitist system after not being invited to the opening ceremony in the Indian Pavilion at Cannes 2022 to Shehnaaz Gill stealing the thunder from the birthday girl Giorgia Andriani at the bash, here's a look at the top trending entertainment news today. 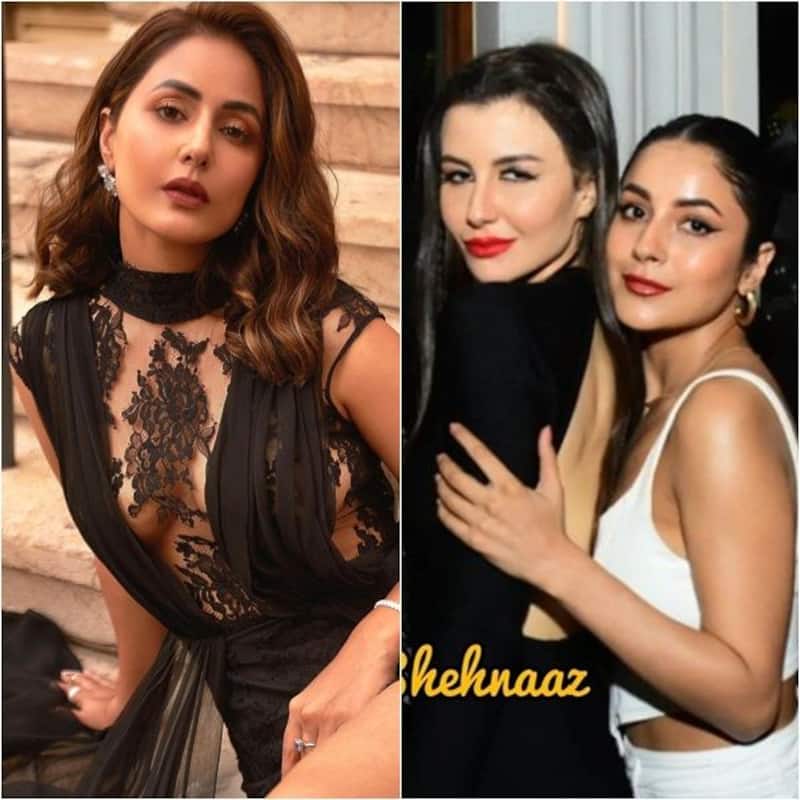 The world of entertainment has been very exciting today and we bring you a wrap of all the trending Bollywood news of the day. From Hina Khan calling out the elitist system after not being invited to the opening ceremony in the Indian Pavilion at Cannes 2022 to Shehnaaz Gill stealing the thunder from the birthday girl Giorgia Andriani at the bash, here's a look at the top trending entertainment news today. Also Read - Not just Hansal Mehta, Kangana Ranaut has been publicly ridiculed by Hrithik Roshan, Karan Johar and the list goes on

Cannes 2022: Hina Khan on not being invited to the India Pavilion and elitism

Hina Khan said that she was disheartened that she did not get an invite to the India Pavilion. The actress told Anupama Chopra that she was not jealous or envious of her colleagues or actresses who were there. She pointed out that the pavilion was not just for Bollywood but also had musicians and other people. She said, "I could have been in the audience atleast. I loved that Ghoomar video. I felt so proud seeing my country being represented so beautifully. I am a proud Indian." The actress said she did not blame anyone but understood that elitism was far more deep-rooted than anyone could imagine. Tamannaah Bhatia, Pooja Hegde and Urvashi Rautela were there at the pavilion. Also Read - Bigg Boss 16: Before Divyanka Tripathi-Shivangi Joshi, these TV stars followed up Khatron Ke Khiladi with Salman Khan's show

After attending the screening of Kangana's film, Payal has again mocked Kangana for her behaviour. "Rangoli you are such a good human being. But your sister was not happy to see me. She was sulking. Rajneesh ji I wanted to wish you luck as you called me BADASS in the finale and this is your debut. I know it matters. So nice to meet Sohail Maklai ji after ages. You are as gracious as before. And great to meet Deepak ji. I got good vibes from you Sir. Being a producer is a tough job. So I went to support the people behind the film. Thanks for the invite Zulfikar ji. I am fond of you," Payal wrote on Instagram while sharing a slew of photos from Dhaakad screening. Also Read - Before the Uorfi Javed-Kashmera Shah controversy; Rubina Dilaik-Kavita Kaushik, Tejasswi Prakash-Shamita Shetty and THESE other TV actresses had ugly public spats

Did Kartik Aaryan just admit being in a relationship with Sara Ali Khan?

After Love Aaj Kal 2 tanked at the box office, Kartik and Sara were never seen together. Recently, the two came face to face for the time after their rumoured breakup. So when Kartik was asked about his link-up with Sara, the Bhool Bhulaiyaa 2 star gave a cryptic answer, which has again sparked speculations about their rumoured relationship. "No, no. There was nothing promotional there. How do I explain this? No dear, I mean, we are humans as well. Not everything is promotional. This is all that I will say on this topic," Kartik told Navbharat Times during his recent interaction.

Ananya REVEALS if she has given any tips to Suhana, Shanaya

Recently, Ananya revealed whether she has given any tips to her BFFs. While talking to India Today, the actress said, “I am really no one to give them tips because I have just started out myself. But, we have always dreamt of becoming actresses since we were really young. So, we are constantly talking about it, discussing with each other. We all take tips from one another.”

Akshay on Hindi vs South row: ‘Britishers divided us and we never learnt’

Prithviraj actor Akshay Kumar has opened up on Hindi vs South row that has been a topic of discussion since the past month or so. It can be recalled that a Twitter interaction between Ajay Devgn and Kichcha Sudeep had sparked a debate about Hindi as India’s national language. Akshay told India Today, “I don’t believe in this divide. I hate it when someone says South industry and North. We are all one industry and that is what I believe. I think we should stop asking this question. It is important that we understand that this is how Britishers rules us, by dividing us. We have never learnt our lessons. We are still not understanding this part. I think the day we realise that we are one industry, things will start working better for us.”