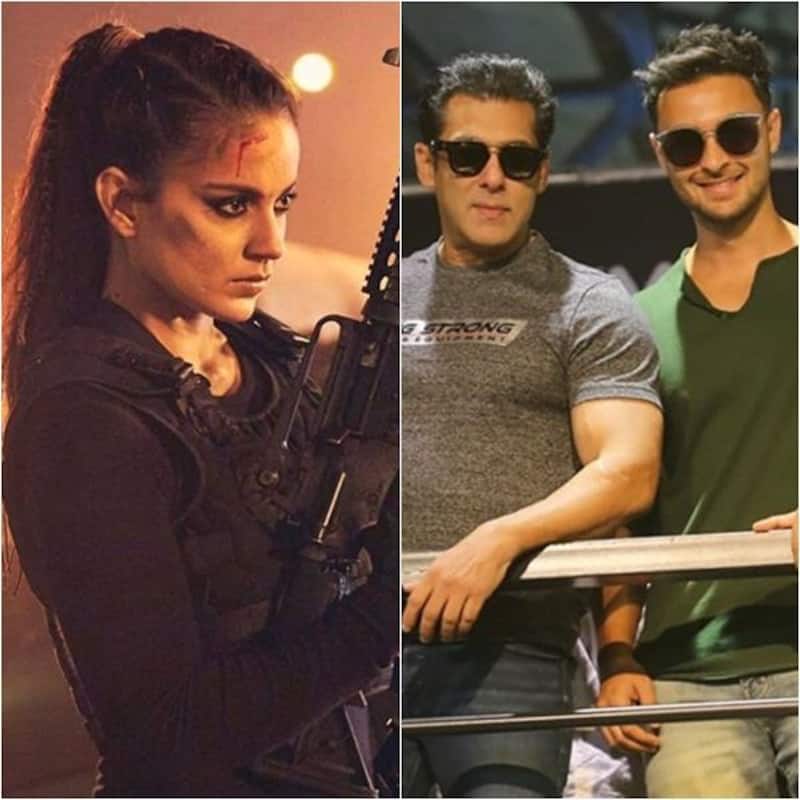 The world of entertainment has been very exciting today and we bring you a wrap of all the trending Bollywood news of the day. From Kangana Ranaut's Dhaakad getting bombed at the box office on the opening day to Aayush Sharma quitting Salman Khan's Kabhi Eid Kabhi Diwali, here's a look at the top trending entertainment news today. Also Read - What to watch on OTT this weekend: Samrat Prithviraj, Dhaakad, Stranger Things 4 Vol. 2 and more movies and web series you can binge-watch

"Yes the team of Kabhi Eid Kabhi Diwali had begun work and shooting for the film. But some issues seem to have crept up between Aayush and SKF. Following these creative differences, Aayush has decided on opting out of the project altogether. Aayush Sharma started shooting for his portions of the film, and even completed a whole day’s worth of shooting. However, certain differences between him and the production house arose which ultimately led to him opting to walk out of the film,” a source was quoted as saying by Bollywood Hungama. Also Read - Laal Singh Chaddha: Sargun Mehta reacts to Aamir Khan's Punjabi accent in the film

Kiccha Sudeep REACTS on his fight with Ajay Devgn

"I didn't mean to start any riot or any kind of debate. It just so happened without an agenda. It was an opinion I voiced. It was an honour and a privilege to see the certain lines come out of the Prime Minister's mouth. Everybody who looks upon their language with regard and respect, it's an overwhelming thing to see him speak this way," Kiccha told NDTV in an interview. Speaking about his heated Twitter exchange with Ajay, Kiccha said, "I was not trying to take on anyone. I have the right to say what my opinions are when it comes to certain topics. Also Read - Anupamaa SHOCKING upcoming twists: Rakhi Dave instigates Barkha against Anu; Anuj-Anu perform romantic dance at Kinjal's baby shower

Kangana's Dhaakad has earned only 50 lakhs on day one will Kartik's Bhool Bhulaiyaa had a bumper opening of rupees 14 crore at the box office. She took to her Instagram stories and congratulated Kartik, she wrote, " Congratulations to Bhool Bhulaiyaa 2 for ending the dry spell at the Hindi box office…congratulations to the entire team of the film.". The Dhaakad actress tagged both Kartik and Kiara in the post.

Arjun Kapoor has THIS advice for sister Khushi Kapoor

Arjun said, "Suno sabki, Karo Apni (Listen to everyone, do what you think is right for you). There was a point when Janhvi was dabbling about whether she should do Gunjan Saxena or not for a bit. that's the same thing I told her, I said eventually it's not about whether this is the perfect second film or not, there is no perfect second film. Khushi's just started working, and Shanaya, whenever I've got a chance and she has asked me I do tell her to listen advising is very easy but you to follow his advice, like Harsh Vardhan Kapoor (Boney Kapoor's brother Anil Kapoor's son) has a mind of his own, he is following his heart and I am happy for them. He is cut from a different cloth. You listen to everyone but you do your own."

Laal Singh Chaddha trailer to be out on THIS date

Aamir Khan and Kareena Kapoor Khan starrer Laal Singh Chaddha is one of the most awaited films of the year. Before the teaser or trailer, Aamir decided to launch two songs of the film, Kahani and Main Ki Karan. Both the tracks have received a good response, and now, everyone, who is waiting for the trailer of the film, here’s an exciting news for you all. The actor is all set to launch the trailer of Laal Singh Chaddha on 29th May 2022 on the day of the IPL finale.