From Kriti Sanon getting skinny-shamed by netizens who made fun of her by calling her 'flat screen' to Zayed Khan reacting on sister Sussanne Khan's relationship with Arslan Goni, here's a look at the top trending entertainment news today. 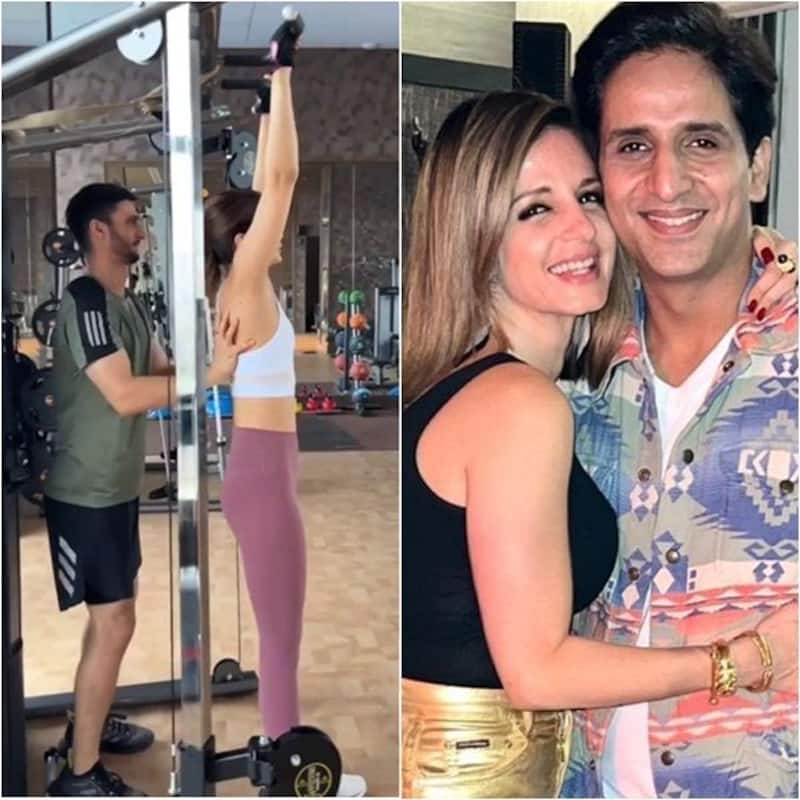 The world of entertainment has been very exciting today and we bring you a wrap of all the trending Bollywood news of the day. From Kriti Sanon getting skinny-shamed by netizens who made fun of her by calling her 'flat screen' to Zayed Khan reacting on sister Sussanne Khan's relationship with Arslan Goni, here's a look at the top trending entertainment news today. Also Read - Kaun Banega Crorepati 14: Besides Aamir Khan, Ranbir Kapoor, Alia Bhatt and more Bollywood stars set to appear as guests on Amitabh Bachchan's show

As the shutterbugs congratulated Ranbir Kapoor on becoming a father soon to Alia Bhatt's child, the Brahmastra actor couldn't help but showcase his witty side while responding to them. Check out full story here. Also Read - Friendship Day 2022: Shah Rukh Khan-Salman Khan, Sanjay Dutt-Arshad Warsi and more Bollywood actors who became friends after working together in a film

Kriti Sanon recently became a victim of body-shaming when she uploaded her workout video on Instagram. Netizens showcased their sickening mentality and made fun of her by posting the lyrics of the song Suno Na Sangemarmar. Check out full story here. Also Read - Urfi Javed's fashion statements: Ranveer Singh, Chahat Khanna and more – here's how celebs reacted to the Bigg Boss OTT fame's bold looks

Uorfi Javed was seen in the city wearing a ripped dress and flaunting her bosom and navel. This outfit of the actress didn't go down with the trolls and they lashed out at her that she is deliberately wearing such kind of dress that people can troll her. Check out full story here.

Saira Banu has poured her emotions out in a heartbreaking letter a day prior to Dilip Kumar's first death anniversary, revealing how she sadly goes to sleep, hoping against hope that he'll again wake up next to her. Check out full story here.

During a recent event, Ranveer Singh proudly introduced himself as Deepika Padukone's husband and sent the internet into a massive meltdown. Check out full story here.

Esha Gupta scorches the beach in a thong bikini; trolls slam her

Esha Gupta who was chilling with her boyfriend Manuel Campos Guallar even thanked for tolerating her as she posted this video of her. The man melts by his response as he says, 'Impossible to not smile with that smile'. Aashram 3 siren is on a vacation mode with her beau. Check out full story here.

Koffee With Karan 7: Alia Bhatt talks about her life after marriage to Ranbir Kapoor for the first time and you cannot miss an interesting detail revealed by the Brahmastra actress. Check out full story here.