From Shah Rukh Khan's daughter Suhana Khan gets called 'ghamandi' by netizens for ignoring shutterbugs to Vicky Kaushal gushing about his married life with Katrina Kaif, here's a look at the top trending entertainment news today. 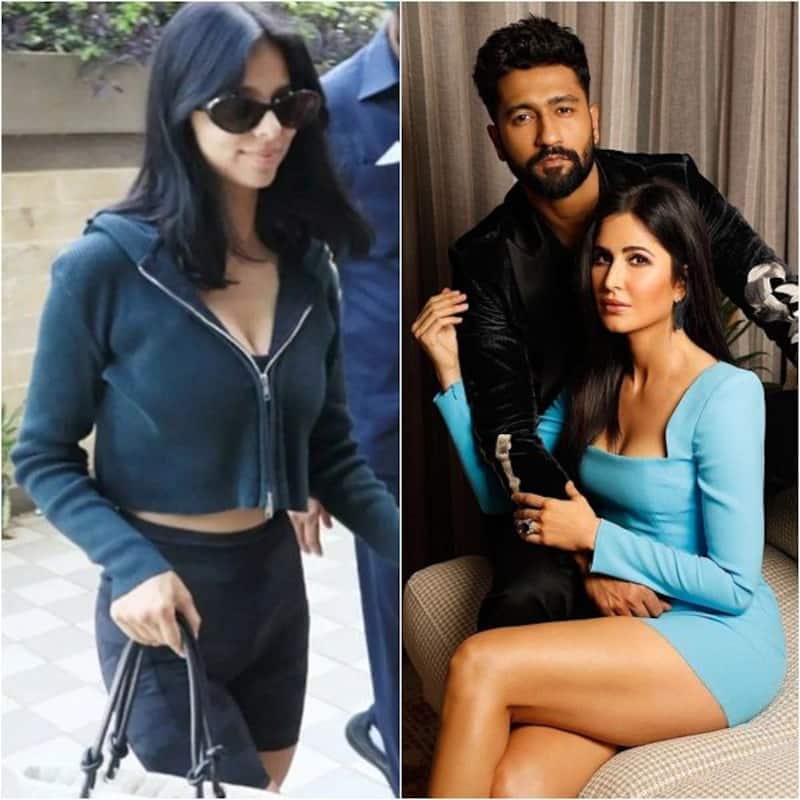 The world of entertainment has been very exciting today and we bring you a wrap of all the trending Bollywood news of the day. From Shah Rukh Khan's daughter Suhana Khan gets called 'ghamandi' by netizens for ignoring shutterbugs to Vicky Kaushal gushing about his married life with Katrina Kaif, here's a look at the top trending entertainment news today. Also Read - Rocky Aur Rani Ki Prem Kahani: Karan Johar shares picture of glowing mom-to-be Alia Bhatt and Ranveer Singh from London

While Shah Rukh Khan's daughter Suhana Khan is still new to the glitz and glamour of the industry. As the 22-year-old avoided paying much attention to paparazzi's call, netizens were harsh to tag her as 'ghamandi' for throwing attitude. Check out full story here. Also Read - Throwback Thursday: When Katrina Kaif feared getting married to Ranbir Kapoor - 'He may not love me completely'

This time around, Malaika Arora, who often gets trolled for her weird 'duck' walk, surprisingly got praised by the netizens who felt that she has finally improved her walking style. Check out full story here. Also Read - Trending Entertainment News Today: Shehnaaz Gill on being trolled for PDA with Salman Khan; Parineeti Chopra describes Priyanka Chopra-Nick Jonas' daughter Malti Marie

Brahmastra: Makers had hoped to rope in Shah Rukh Khan for promotions of the film as per an entertainment portal but the superstar felt it would be best done by Ranbir Kapoor and Alia Bhatt. Check out full story here.

War 2: Is Tiger Shroff teaming up with Hrithik Roshan again?

Salman Khan, who is currently busy shooting for Kabhi Eid Kabhi Diwali in Hyderabad, recently partied with Chiranjeevi and Venkatesh Daggubati at yet another private gathering. Check out full story here.

Vicky reveals how his friends REACTED to his marriage with Katrina

Vicky Kaushal and Katrina Kaif's wedding came as a surprise to many. It was hard to believe that the couple is getting married. Vicky now reveals how his friends reacted after they came to know he is getting hitched by Ms Kaif. Check out full story here.

Sona Mohapatra has revisited the bitter experience she faced for having called out Salman Khan for alleged misogyny toward Priyanka Chopra. Check out full story here.