From Salman Khan ghost directing Kabhi Eid Kabhi Diwali due to Farhad Samji's absence to Kiara Advani giving befitting reply to scribe on her plans to settle down, here's a look at the top trending entertainment news today. 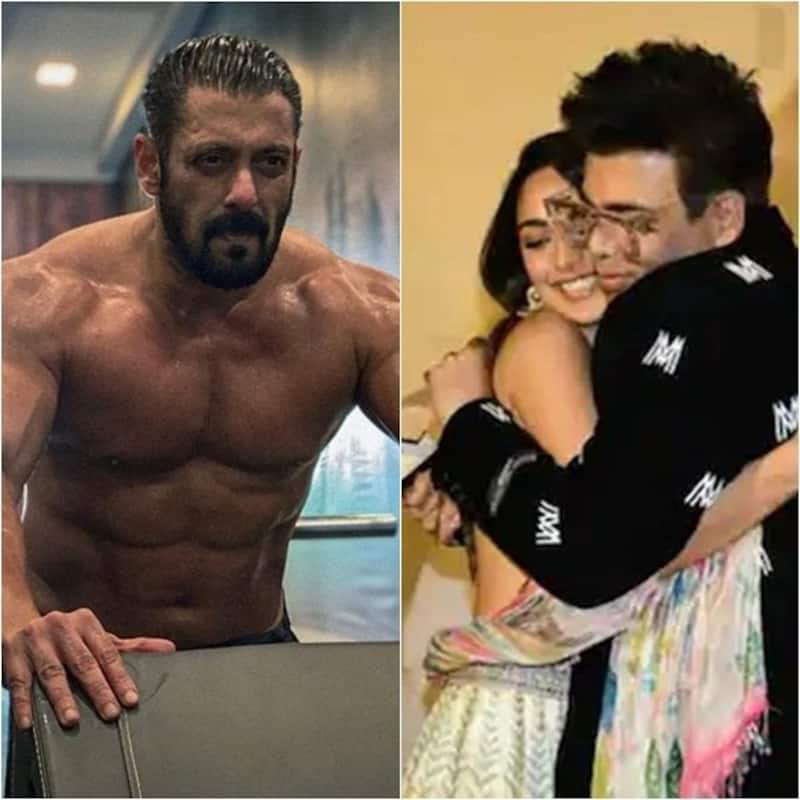 The world of entertainment has been very exciting today and we bring you a wrap of all the trending Bollywood news of the day. From Salman Khan ghost directing Kabhi Eid Kabhi Diwali due to Farhad Samji's absence to Kiara Advani giving befitting reply to scribe on her plans to settle down, here's a look at the top trending entertainment news today. Also Read - Before Vijay Deverakonda in Liger, Kichcha Sudeepa, Siddharth and these other actors went completely NUDE in Telugu movies [View Pics]

Cannes 2022: Aishwarya gets a surprise hug from a fan

The short video clip shows Aishwarya interacting with fans and media on the sidelines of the prestigious event. She is seen surrounded by fans. A fan from Morocco is heard asking the actor to visit the country. Aishwarya replies, "Thank you so much, you're very kind." Suddenly, another fan is seen leaning in and giving Aishwarya a hug, to which another fan is heard saying, "So lucky." Also Read - Liger: Vijay Deverakonda poses completely nude in latest poster of Puri Jagannadh film; looks like a Greek God

At the trailer launch of Jug Jugg Jeeyo, Kiara was asked about her plans to settle down and get married and the actress won hearts with her befitting reply to the scribe's question. "Without marriage, I can be well settled, right? I am well settled. I am doing work. I am earning and I am happy," Kiara quipped when she was asked about her marriage plans. Before Kiara's response, Karan Johar didn't shy away from taking a dig at the media person by sarcastically asking if he is not worthy of a question on his marriage. "You didn't ask me about my marriage? I am 50 now. Don't you think I am worthy of marriage? Even, I can get married. Shaadi ko talent nahi, majboori hoti hain. (Marriage is not a talent but a compromise)," KJo said. Also Read - Trending Entertainment News Today: Alia Bhatt smartly hides her baby bump; Sushmita Sen reveals Mahesh Bhatt insulted her and more

Rakul reveals why she didn't hide her relationship with Jackky

Last year, producer-actor Jackky Bhagnani confirmed that he is dating Rakul Preet Singh on social media. Rakul said that she would be rather talked about by people about her professional life rather than her personal affairs. "Anybody’s personal life is as normal as anything else in their life. It is just that if we were not actors, it wouldn’t be a talking point. In fact, I feel being in a relationship is the most natural progression for any human being. Like after parents, having siblings, and then having friends, you have a partner. We don’t want to hide and say ‘we are just good friends’. We want to acknowledge that. But do I want it to be a talking point at all points? The answer is no,” Rakul told Hindustan Times.

Tum Bin actor Himanshu exposes the ugly side of Bollywood

"I got a glimpse of how the industry is soon after Tum Bin and it disturbed me a lot. That was a time when magazines used to be huge. So I got a call from one huge magazine publication, asking me to have an affair. 'If you have an affair with an upcoming actress, it makes for a good story', I was told. I was told 'Yes, no one becomes a star without the publicity. We will talk to one or two candidates, they will be as famous as you are. We will even get you a room in Goa. You just go there and we will expose," Himanshu told Navbharat Times in an interview.

Even Farhad's previous two films, Entertainment and Housefull 3, were panned, even though the latter scraped through at the box office. Considering all this, our source reveals that Salman Khan decided he needed to step in if Kabhi Eid Kabhi Diwali had to be salvaged, and when he can't always be behind the camera due to his other responsibilities as lead star and one of the main producers, the ADs are lending a helping hand. So, why not outright replace Farhad Samji? Said source explains that that won't happen, at least on paper, as it send out a wrong message, and Salman doesn't want anything to occur that'll hinder his film. So, is Farhad Samji still involved in any way on the movie? We're informed by the same source that he's only being consulted for some inputs when required.